Growing up, Nico Serfontein’s family owned a game farm just outside Rustenburg, where they would spend most of their weekends and holidays. It was there where he gained the problem solving skills that he applies to his everyday working life today.

“We learned a lot working on the farm. If something broke, the town was too far away, so you had to use what was around you to come up with a solution,” Nico says. “Now, if something comes across my table I assess the problem, look at what I have available around me, and figure out what the short-term and long-term solutions are for the problem.”

Solving problems
Over the last two years, Nico has had to do a lot of problem solving as the CFO of Maserati South Africa. “For the past 12 months, the Rand fluctuated by up to R3. As a car retail business, this impacts us directly because we determine our recommended retail prices a year in advance and lock it in. So if the Rand goes haywire, our profits go with it,” he explains. “Loadshedding and the political unrests in the country has also contributed to the Rand weakening.”

Because Maserati South Africa has to import its cars from Italy, high import taxes and the Russia-Ukraine war has had a significant impact on the business. “Parts are expensive and it’s difficult to forecast the demand for some of them, so we keep limited stock on site and have to rely on airfreighting. But the increased freight and fuel costs due to the war, as well as airlines going bankrupt during Covid-19, have posed a big challenge to the business.”

Some of the parts are also manufactured in the Ukraine, which has resulted in supply shortages. “We’re trying to keep customers calm and explain the situation to them, as well as sourcing parts from distributors or importers in other countries who might have stock on hand,” Nico says.

He explains that, to mitigate the cost impacts on Maserati South Africa’s profits, they rely on foreign exchange hedging strategies, which mainly include foreign exchange contracts. “Because the price is fixed, we try to keep our customers happy by not increasing the prices too much. If you look at our prices in the last two, and after Covid-19 hit, our vehicle prices increased marginally compared to other luxury brands.”

Maserati South Africa, with the help of their trade financier, also sources PRC certificates from the market to reduce the import duties they have to pay. “South African import taxes on luxury vehicles, consisting of normal import duties and Ad Valorem taxes, are extremely high, adding additional pressure to pricing ourselves competitively. So when companies put their excess PRC certificates on the market, we buy it off them to limit the taxes we pay, which helps us retain our set margins on our vehicles.”

Rapidly accelerating growth
Despite the challenges that Maserati South Africa continues to navigate, there are many opportunities on the horizon for the company. “Maserati has always been a very conservative, exclusive, family-driven brand, but our new strategy is around being audacious,” Nico says.

He explains that they are planning on expanding very rapidly into new areas of the country. “We’re currently investing in opening a dealership in Durban, which has previously been an untouched market for Maserati, as well as in Cape Town, where we only have a service centre.”

He adds that the Maserati executive team has had to do a lot of market forecasts in those areas and has had to secure investors for the dealerships. “We’ve also had to do a lot of cash flow modelling, stress testing of those models, and made sure we had the available finances to embark on such big expansion projects.”

Pushing boundaries
Like a Maserati, Nico enjoys living in the fast lane and pushing boundaries. “The world is getting faster and faster, and if you don’t keep up, you’re exposing yourself to risk. As a finance leader, you have to manage risk and look to the future, which means you have to continuously learn and push your knowledge past its boundaries to keep up.”

However, after qualifying as an AGA(SA), CBA(SA) and a number of attempts at his CTA, Nico has decided to push boundaries outside of finance – gravity to be specific. “My wife [Sam] and I were sitting on the couch one day when I told her that I wanted to experience something different and she suggested that we should become pilots. So I took her up on the challenge.”

Nico and Sam are currently studying together to obtain their private pilot licences and are spending most of their weekends trying to get the required 45 hours of flying in, or studying to pass their exams. “It’s harder work than we expected, but when we put our minds to something, we see it through to the end,” he says.

Nico explains that there are a lot of numbers involved in flying, as you have to plot your trips on maps, calculate wind speeds, air pressure and more. As a finance professional, this comes easy to him.

Bosveld kind
Nico’s family has since sold their game farm, because it didn’t make financial sense to keep running the farm when they were spending less time at it. “A game farm is an endless pit where you have to constantly invest money in, and as we started focusing on careers, it went to the backburner.”

However, the family still enjoys going to the bushveld over the holidays.

Despite working at Maserati, Nico drives a Toyota Hilux Legend 50 to keep up with his lifestyle. “The bushveld often requires you to go offroad and then you don’t want to be driving a luxury car,” he explains.

Nico, Sam and their three dogs also love to go on outdoor adventures and to travel, so when the Toyota gets messy, it’s OK. “We recently went fishing at the Vaal river, where we found a secluded cottage on the river between the Free State and North West. I caught my personal best there – a 6.7kg carp with a lot of fight in it. The largest carp I caught before this was only 3.5kg.” 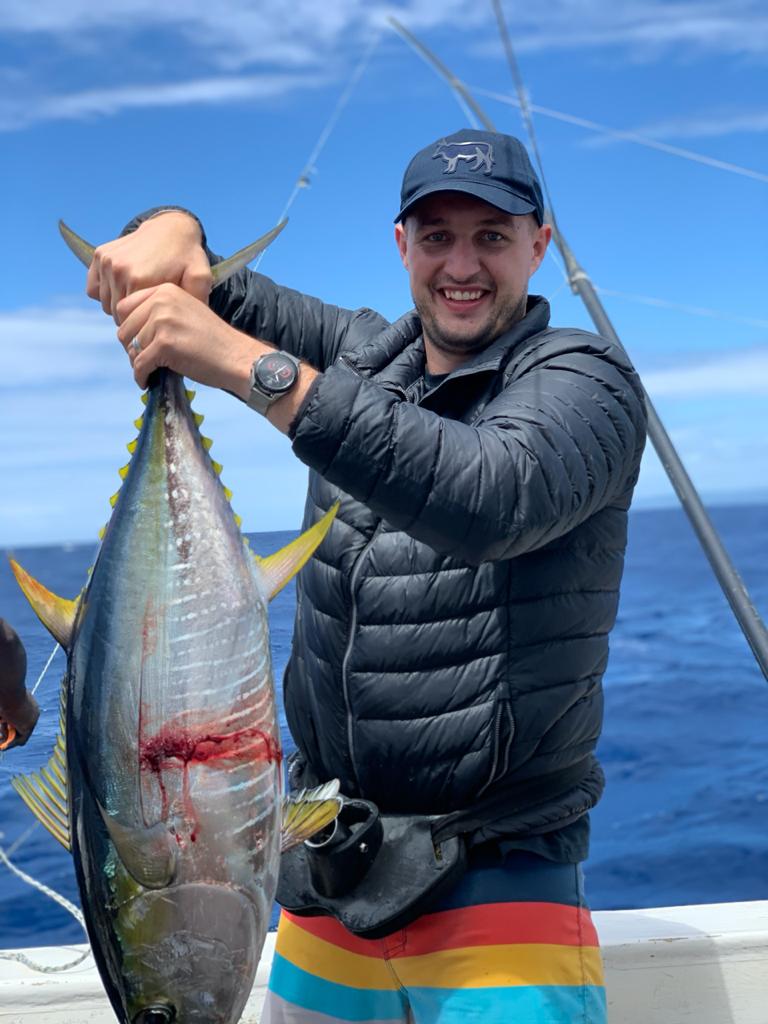 They also love travelling internationally and have been to Thailand twice now. “Recently, in May, we went paragliding, monster fishing, rented our own long-tailed boat, and went out for a one hour drive to another island to go snorkelling. We loved it!” Nico reminisced.

Clearly a lover of fish, he explains that one of his favourite things about Thailand is that the crayfish are so much bigger than the ones you find in South Africa. “When you walk through the markets, you choose a live crayfish and they prepare it right then and there for you, it was delicious!” 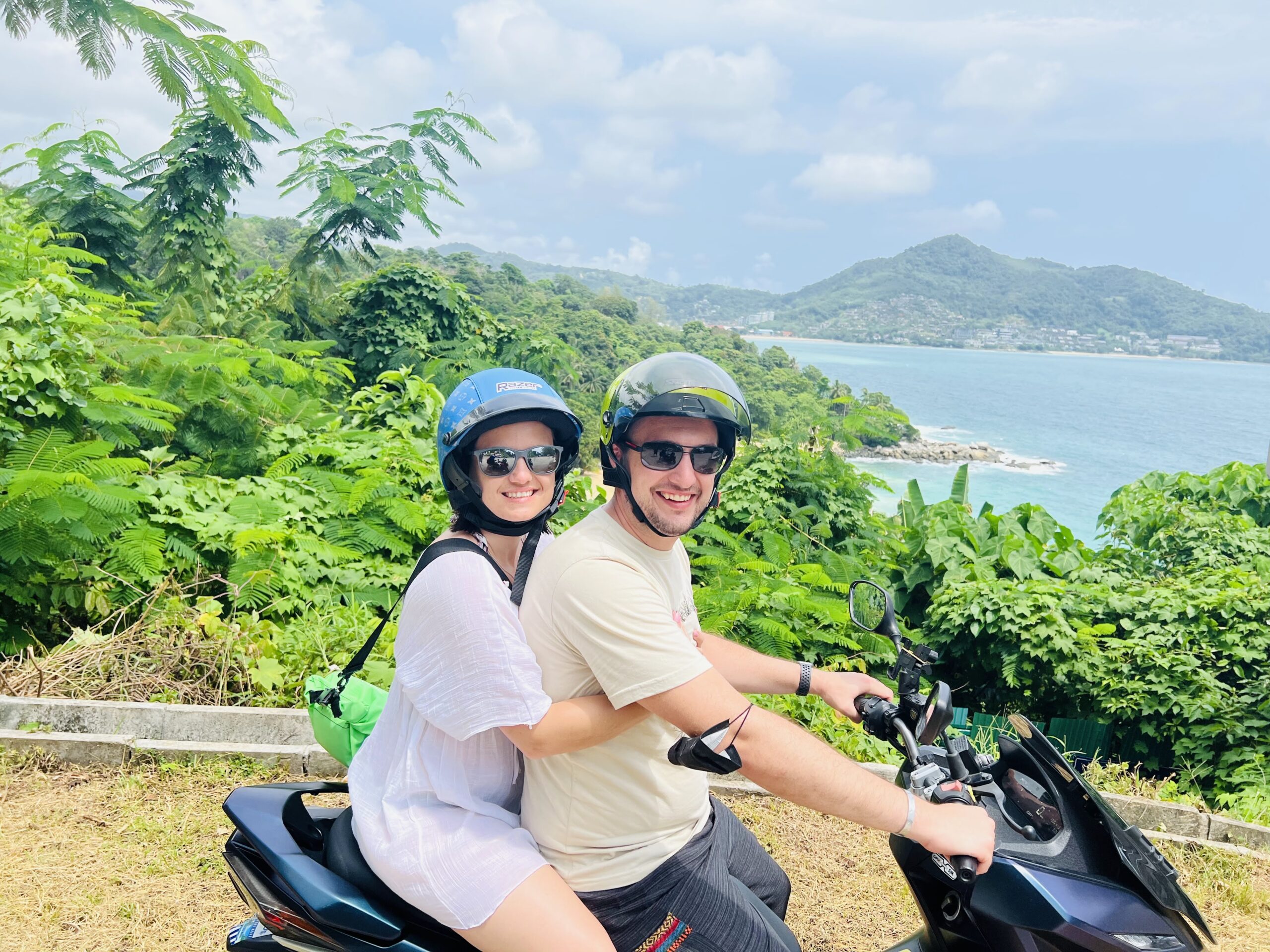 Next on Sam’s bucket list is to go see the Northern Lights in Norway, and Nico adds that she has already booked their trip for the end of the year.

A true South African at heart though, Nico says that every time they come back home, they’re happy to be back. “We love our country, the people, the warmth and the friendliness. A lot of people take it for granted, and the nice thing about travelling is you realise what you have and that other countries also have their issues.”