Hawkish monetary policies are likely across Sub-Saharan Africa (SSA) and the temptation to manipulate interest rates will be on the increase in 2016. In this second part of RMB's Africa outlook 2016, authors Celeste Fauconnier, Nema Ramkhelawan-Bhana and Neville Mandimika look at the monetary policy across the continent and the measures that are considered to pursue echange rate stability.

Pursuing exchange rate stability
Given the austere 2015 backdrop where central banks had to strike a balance between economic growth and currency weakness, we expect that monetary policy will largely be hawkish as central banks continue their bid to defend their currencies against a strong dollar. With international reserves having declined markedly, the temptation might be to manipulate the interest rates more than was the case in 2015. The effectiveness of such measures will prove challenging in the face of currency volatility (Figure 2), which is often a precursor to regulatory uncertainties, as was the case with Nigeria last year. 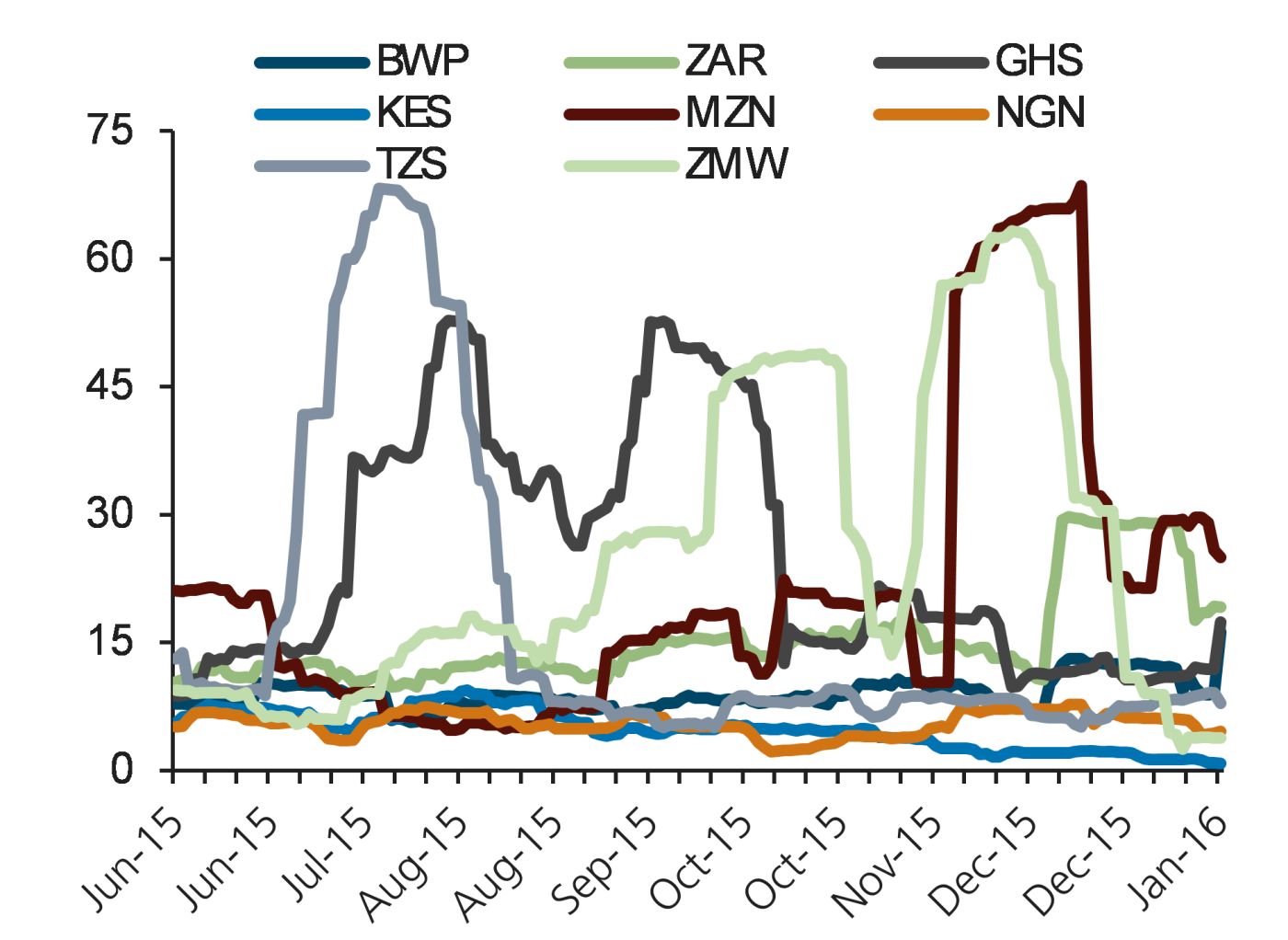