“NETWORKING is very, very important for finance professionals who are working in Africa,” says Rolam Ait Si Birouk. As CFO of Cape Town-based company Ropetec, which does maintenance and inspection work in the oil and gas industry, Rolam has a lot of experience working in countries like Angola, Ghana and Congo. “We are all facing the same challenges in these markets and it will be great to hear how other people find solutions to these challenges.”

The biggest issues for South African companies doing business on the continent are “always cash, skills and tax-related risks”, says Rolam, a Frenchmen who followed his South African wife home after working in France, Denmark and Dubai at logistics companies like Maersk and DHL. He says it is important to remember that, even though roadblocks are common while doing business in Africa, there is always a way out. “All problems are surmountable. During my time in the logistics industry, I have learned there is always a way to go from A to B.”

Rolam moved to Cape Town for the first time in 2004, working for the shipping and logistics group: AP Moller Maersk. “The finances were in shambles and the cash flow was a disaster,” he remembers. “I felt like I had been parachuted in behind the enemy lines.” Via jobs in Europe and the Middle-East he eventually ended up back in the Mother City again.

Ropetec was established in 2001 and operates highly skilled, experienced maintenance and inspection crews who use rope to access, maintain and inspect difficult to reach equipment. The company currently consists of 40 people in the back office and 450 freelancers who do the rope work on site. The company has trained a large contingent of African rope access technicians and is therefore able to provide local content in most countries it operates in (notably Angola). “The company was bought by the French company Prezioso, they were looking for a French speaking financial expert in Cape Town with experience in Africa. That fitted my profile perfectly.” 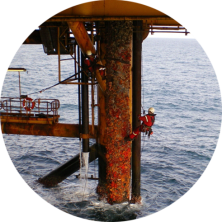 One of the biggest challenges South African CFOs face is problems with cash flow. For Rolam the challenge takes extreme proportions, as 70 percent of the business comes out of Angola, a country it is notoriously difficult to get money out of. “Angola was the first African country we entered and it is the second biggest oil producer after Nigeria. The market in Nigeria is very competitive and less open, with nationalization playing a big role, because 90 percent of the work force needs to be Nigerian. The rope business is very strictly regulated and we cannot find enough trained people there. It is almost impossible.”

The cash problems start with non-payments from large (often Government-related) clients, Rolam explains. “They decide when they feel like paying you, even though the amounts are peanuts for them. But it would not make sense to quit the market as margin levels are healthy and money gets out hopefully.”

After the payment, the problems are not over. “There is a shortage of hard currency in Angola. To get money out of the country you need authorisation and you get an envelope for a few months. You then have to apply for the transaction of the money, but often by the time you get approval the authorisation has expired. As a solution, one has to multiply bank accounts as authorisations granted by the Angolan Central Bank are bank-related. This way one increases its chances of getting the money out of Angola.”

Many business people acknowledge it is almost impossible to do business with a completely open book in Angola, a country where corruptions is still endemic. But Rolam also cites tax rules as one of the big stumbling blocks in Africa. “The first thing you do is hire a reputable consulting firm. That costs a lot of money, but most of them have dealt with all the relevant people before and know very well how to handle tax-related challenges. It is important to know the regulations and stick to them.” That doesn’t mean it’s all plain sailing from there. “Even if you do the right thing, they still knock at your door. There is corruption, there are shortcuts. And you have to stay away from it, always!” 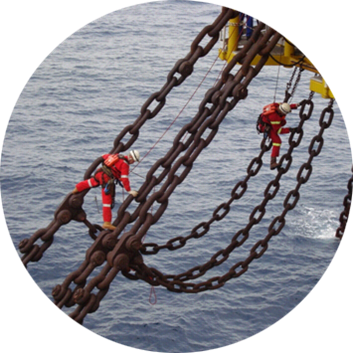 Finding the right skills is also an issue in South Africa. Many CFOs battle with the ‘war for talent’, but according to Rolam it can be especially hard at a small company like Ropetec. “We’re a small fish and we can’t afford to pay 200.000-300.000 Euro. That is impossible. When we employ people in a county like, for example Congo, they need to speak perfect French and English, have know-how of the country and technical know-how. Those people are almost impossible to find, so what we do is get people that match 70 percent of the criteria. Our leadership, myself included, then travel a lot to support these people on site.” 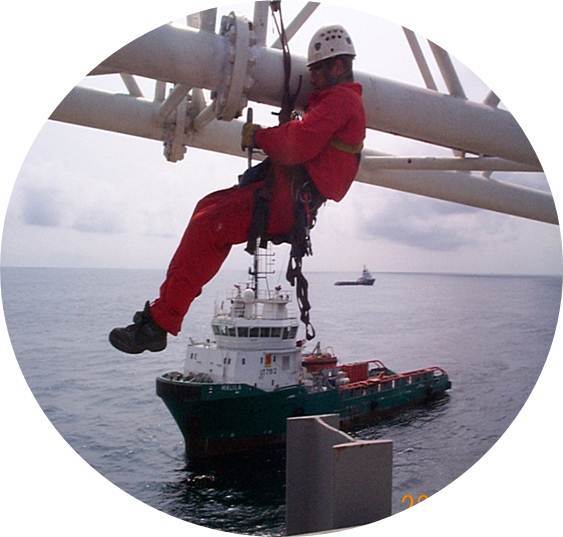 Companies like Ropetec don’t benefit from single-minded accounting wonders, says Rolam. “Of course you need a minimum financial or accounting background, but in the oil and gas industry you need to be hands-on and agile. If you expect an 8-5 job, you won’t cut it. You will go ballistic or drive your colleagues mad. The other day I interviewed someone and she didn’t even know the capital of Botswana. It is important to have general knowledge. You need to be keen to learn and happy to work in multiple roles, if you want to make it in our industry and in a fast growing company.”