The world-renowned startup accelerator Techstars has set up shop in Cape Town. As part of the recently announced Barclays Africa incubator Rise, Techstars and Barclays have partnered together to create a unique program for 10 promising FinTech startups. Applications are open until 10 January with program start on March 28. We spoke to Techstars executive director Greg Rogers about the program and his vision for FinTech in the continent.

Are you Fin or are you Tech?
"I am from definitely from the tech side. I spent 11 years in New York City during the advertising tech boom. I was part of two successful startups. I was an early employee at Tacoda, an online advertising network that used audience segmentation technology to serve targeted banner ads. Tacoda was bought by AOL Time Warner in 2008 for $275 million. I then founded Pictela, a content management system that simplifies premium format advertising across browser, mobile and tablet screens. I sold it to AOL in December 2010. After that I promised myself to never sell an ad again in my life."

What differences did you notice between advertising and finance?
"After I sold my company I met with Techstars and moved to London. Until then, there had been 10 times more capital invested in AdTech, which is ironic, because FinTech is 10 times bigger. One of the hurdles historically has been that FinTech startups operate in a regulated environment. Another problem was that there were easier things to do from a venture capital perspective."

"All of that has started to change in the last few years. Regulators are starting to get interested in startups, incumbent banks want to collaborate and venture capitalists are starting to realise the potential. In the bond market alone there is 7 trillion US dollar going around. As a FinTech startup you only need a tiny slice of that and you become a unicorn."

Why are you bringing the Barclays accelerator to Africa?
"We started the program with Barclays in London in 2014. We chose 10 companies and work with them for 3 months. We started in London to tremendous success, so Barclays asked us to expand to New York. Today we are expanding further to Tel Avis and now Cape Town where Barclays Africa will play a major role. It is an amazing opportunity. We are now open for applications and expect hundreds of interested start-ups from all over the world. We do interviews with the most promising ones."

What should a winning FinTech company bring to the table?
"FinTech is very broad. The category includes not only all types of financial services but also ancellary categories like insurance, cyber security, data analytics and so on. We are interested in them all. Having said that, the most important criteria is having an amazing team. It is team, team, team, market opportunity and only then product - we know the product will change anyway. Typically the process is that get it down to 20 final candidates and then go to Barclays and ask them which companies they really want to work with. Eventually we end up with a class of 10, small, manageable, and foused to deliver results for the start-ups. In Cape Town we are expecting an international cohort with a mix of South African, pan-African, and other start-ups from around the world.

What future do you see for Cape Town as FinTech hub?
"It was a hard decision to choose between Cape Town and Johannesburg. It had to be South Africa, because it has the Barclays Africa headquarters. We eventually chose Cape Town because it has a strong entrepreneurial ecosystem, will be a draw for international talent, and is still relatively close to Johannesburg's financial center. Techstars believes that with the right access you can build a startup anywhere. With access to capital, mentorship, the right relationships, all ecosystems can thrive. At the same time, what make sthis program so cool is that any company that gets into our Cape Town accelerator can spend part of the program in one of our other nodes, like London or New York where they can access further investors, more expertise, and broader Barclays relationships. 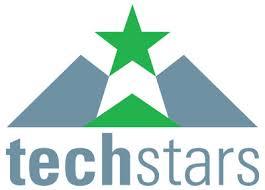 How does the 'class' for winning FinTech companies work?
"Month 1 is spent on mentorship. We help startups think through their strategic logic and teach them how to avoid common pitfalls and mistakes. Month 2 is about traction. We plug the companies into our network in New York, London or the network of Barclays Africa. It is about hitting milestones. Month 3 is fundraising and perfecting the story. We have our Techstars demo event, where the CEOs of our class give a 6 minute Tedtalk-type of presentation to a group of investors."

How does Techstars get involved in the startups?
"To be part of the Techstars class, there is a 6% common stock cost to the program which is transferred through a $20,000 dollar investment. There is also the option to take out a 100,000 dollar convertible loan if the companies need a little extra runway."

What does the future of FinTech hold for Africa?
"In Africa you have to be blind if you don't see the huge opportunity there is to reinvent what a bank is. There are millions of people without a bank account. Mpesa has been the posterchild, but companies like WeChat from China have combined messaging/texting with now payments and even loans. These types of innvations are incredibly exciting. I firmly believe that the greatest disruption to the financial sector will come from places like Africa, where there is room to rethink the entire financial equation."

What African startups have you been most impressed with so far?
"I come across a lot of startups that are not necessarily based in Africa, but they are building products for Africa. Oradian comes from Croatia. It is a lightweight, cloud-based core banking system for small financial institutions in Africa. Another one is one of my previous London class, which is based in The Netherlands but operates in Egypt. It is called DoPay and delivers a payroll system for companies that have a large number of unbanked employees. Instead of being paid in cash, through DoPay, employees now people get their salary through a pre-paid debit card that can be controlled through a smart phone app. We introduced DoPay to the team at Barclays Egypt which has formed a strong partnership with the start-up via a card issuing relationship that has not only catapulted DoPay but also helped Barclays provide inclusive banking solutions."