The finance of fine art - how corporate art collections are valued

Many South African corporates invest in art, but how are these assets accounted for?

Many South African corporates are significant investors in South African art. With this country’s artists doing well on the international stage, their artworks certainly aren’t depreciating. So how do companies account for it all?

In the past, many South African corporations bought art solely for the purpose of having something to hang on their walls or to decorate their reception areas. The responsibility for the procurement of these pieces generally lay with whichever executive took an interest, and once the artwork was hung, the job was done. On the books, art was depreciated, just like any other asset.

Then, in the early-2000s, everything changed for South African art. 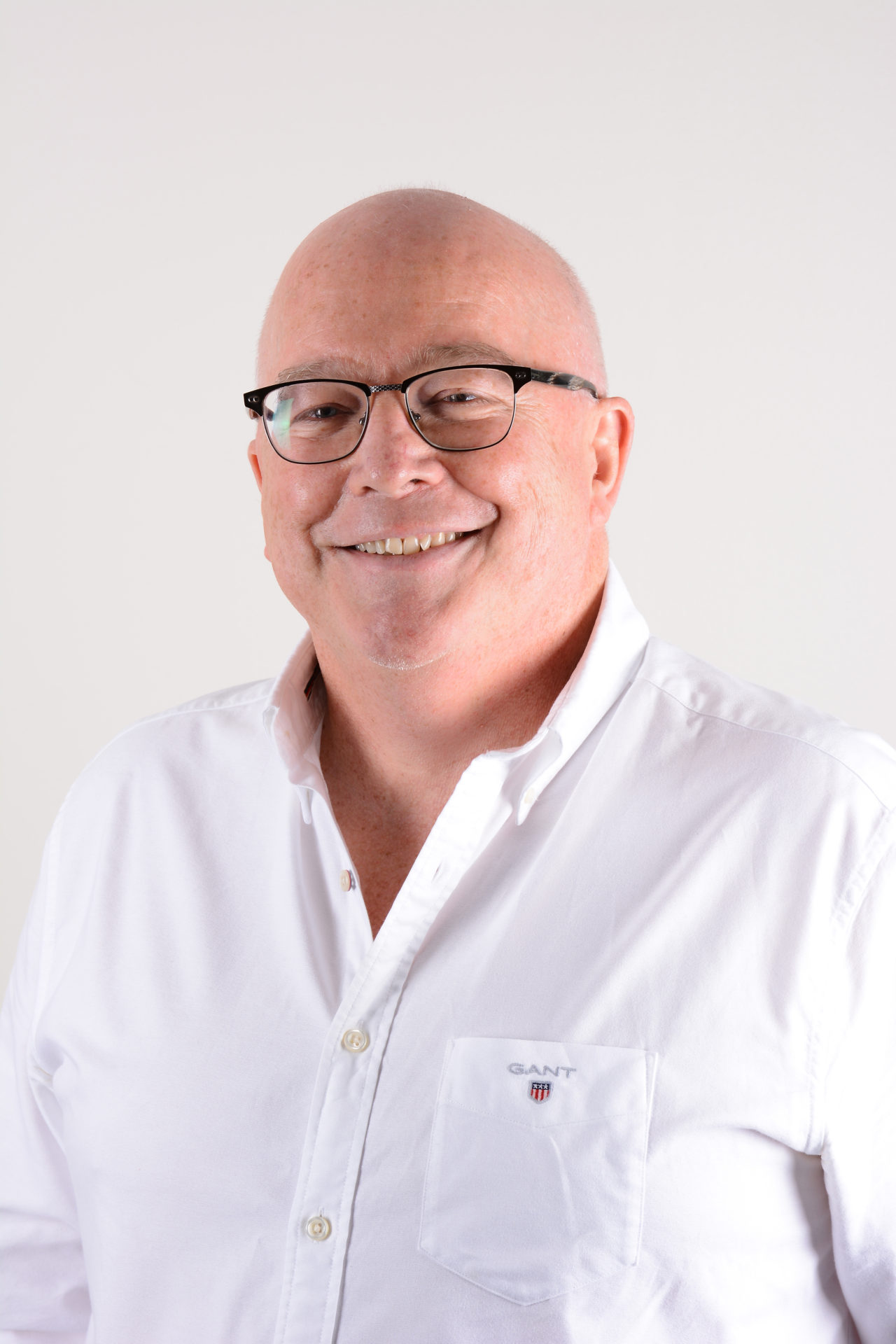 “Pre-2000, South African art values were pretty flat, worldwide. They weren’t buoyant like the French impressionists or American pop art. But then, in the early 2000s, auctioneers and dealers started to move the secondary market in art. Values became meaningful and hence became a topic of conversation at the boardroom table,” says Gordon Massie, the managing director of ITOO Artinsure, underwriting managers with an exclusive focus on art and collectibles. It is an authorised financial services provider, underwritten by the Hollard Insurance Company.

There were even, Gordon says, a couple of cases of works having been bought in the 1950s for a few shillings suddenly being worth over R10 million. “If a company had a few of those, then they had a meaningful asset and had to find a way of recording that in their books appropriately, and then look at ways of protecting the asset, either with their standing insurance or with specific art insurance.”

Although becoming an art collector was not usually the original intention of the art purchase, companies found themselves pushed into that role, and had to consider the importance of the art in their physical space as well as in their financial records. They also had to consider whether they wanted to become ongoing investors in art, and develop a mandate for doing so.

“Art became a general asset, pushed into the finance area and were, in fact, assets that had the propensity to appreciate. Companies realised that they had to start recognising them differently in the books – establish valuations and recognise these values in the appropriate risk management and regulatory manner.”

Corporations with large art collections hired full-time curators who held the responsibility not only of purchasing the art and making sure that it’s not damaged in the public areas, but also of securing valuations for the works.

Gordon explains that in order to arrive at a value, the curator, with the appropriate skills could either do it themselves, or bring in a third-party professional valuer. The valuer would look at several criteria including the artist’s market position, the size of the work, the medium, the condition and the subject matter, then investigate the historic auction results for the artist, matching as many of those criteria as possible, and then compile an evaluation which could include three possible values.

The three values include a low auction value, a high auction value and an insurance valuation. The reason why there are three values – and sometimes more – is that art valuation criteria is quite subjective and can be influenced by prevailing economic events.

For insurance purposes, companies usually take the midpoint between the low auction value and the high auction value but Gordon says they do sometimes see requests to insure at the high point.

As for the frequency of these valuations, Gordon says that a portfolio of alpha artists like Irma Stern and William Kentridge should be reassessed every year, while a portfolio of quite static Victorian landscapes could wait for a couple of years between valuations.

“We even have one client who wants to upgrade their values every quarter at the moment,” Gordon says. “They have a particular blend of artists who are moving internationally extremely well and there is volatility in the rand-dollar exchange rate. So the values need to be continuously amended.”

He explains that art is insured differently from other assets because they are appreciating assets. “If the sprinklers went off in the office I am sitting in, we’d write off the computers and seek a replacement. But if art was damaged in this way, we’d be summoning a specialist restorer to make sure that the work retained its value and historic importance.”

The risks, he says, are also increasing. “People are working out that South African art is valuable. There is a lot more theft going on. Incidents are increasing. Just a quick review of the Art Theft Register would tell you that.”

The two other hotspots are accidental damage, with an increasing frequency of claims as the standard of packing or training is reduced to meet cost targets, and forgery. “We are seeing an increasing amount of forged works introduced into the market. Buyers need to ensure they are well advised and buying through the leading organisations who carry out proper detection practices in order to prevent having an aesthetically pleasing but worthless forged asset on their books.” 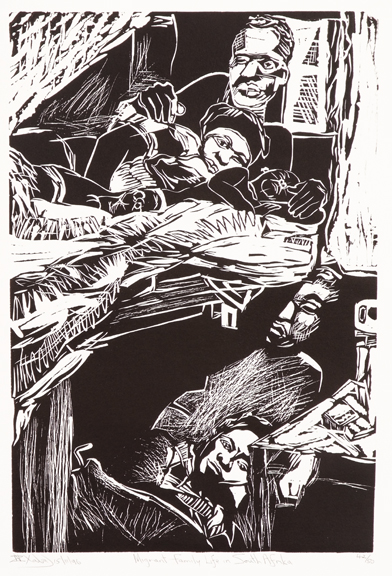 The Standard Bank Corporate Art Collection is one of South Africa’s most significant corporate collections, with over 1,200 pieces of work mostly by local artists.

“While we may not have the largest collection in terms of quantity, our collection is one of the most valuable in the continent comprising of both contemporary and classical Africa art,” says Dr Same Mdluli, manager of the Standard Bank Gallery.

Works from the corporate art collection are displayed in the public and executive offices of the Standard Bank office buildings, as well as in other Standard Bank facilities across South Africa. The collection features art collected over a long period of time, from early works by South African modernist masters such as Gerard Sekoto, George Pemba, JH Pierneef, Durant Sihlali, Alexis Preller, Irma Stern and Gladys Mgudlandlu, to contemporary works by artists such as William Kentridge, Sam Nhlengethwa, Diane Victor, Pat Mautloa and Penny Siopis.

“There are also works by some of our Standard Bank Young Artist award winners, such as Hassan and Husain Essop, Mary Sibande, Nandipha Mntambo and Beth Armstrong,” says Same.

She explains that the responsibility for procurement lies with the curator and manager of the gallery, and that the focus is on contemporary South African art. “We generally select artists precisely because of their growth potential – this is measured through various factors such as exhibition participation and other art platforms.”

The Standard Bank art collection is evaluated every two years by an expert.

“Many of the young artists, particularly from the Standard Bank Young Artists Award, have gone on to win prestigious international awards, and this has affected the value of their work favourably,” says Same. 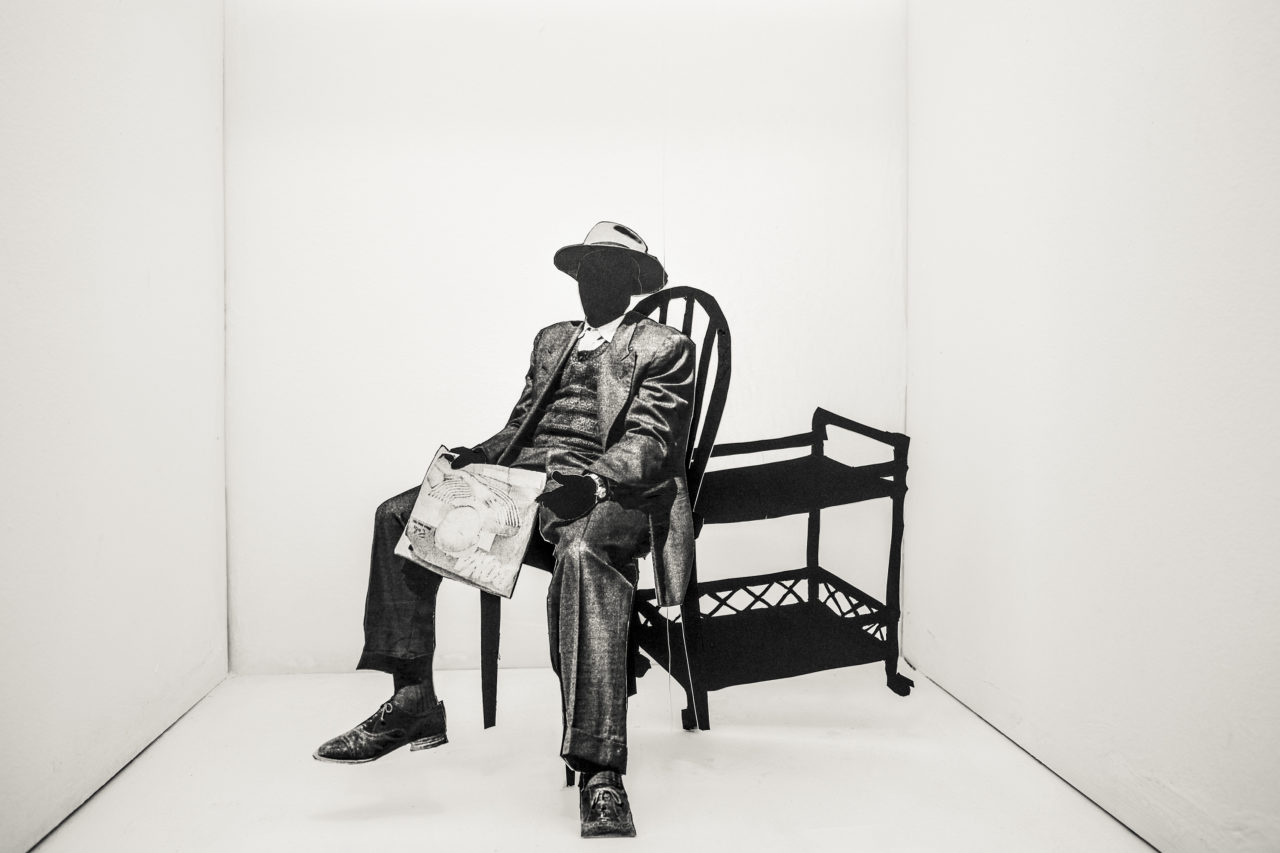 After nearly a year and a half in storage, the Sasol art collection is about to be installed in the company’s new global headquarters at Sasol Place in Sandton. The collection consists of around 2,500 artworks, including a collection made up of a pre-1994 historical section and a contemporary section. Some of the significant featured artists include JH Pierneef, Walter Battiss, Alexis Preller, Cecil Skotness, Sydney Khumalo, Ezom Legae, Azaria Mbatha, John Muafangejo, Helen Sibidi and Noria Mabasa.Contemporary artists include Diane Victor, Mary Sibande, William Kentridge and Deborah Bell. There are also a number of large-scale sculptural installations commissioned specifically for Sasol Place and created by Angus Taylor, Bronwyn Lace, Collen Maswanganyi, Lindi Sales and Lionel Smit. These are installed in the public spaces on the ground floor of the building.

The procurement of art is done by the art committee in accordance with the Sasol Art Policy. The collection is managed by the Sasol Art Curator, Cate Terblanche, who is responsible for the general upkeep of the collection, all gallery activities and exhibitions, as well as being involved with the Sasol New Signatures competition.

“It’s been interesting to see the staff’s reaction to the fact that there’s been not art in the building,” Cate says. “They’ve been cornering me, telling me that they need the art. When we closed the gallery for a couple of months, people told me that it was their safe space where they sat for five minutes of their day. There is a massive need for art in corporate environments, and art most definitely impacts on the productivity and wellness of employees.”

She adds that many employees take their visitors through the gallery before continuing with their business meetings, once again reinforcing the social role of art in a corporate environment. 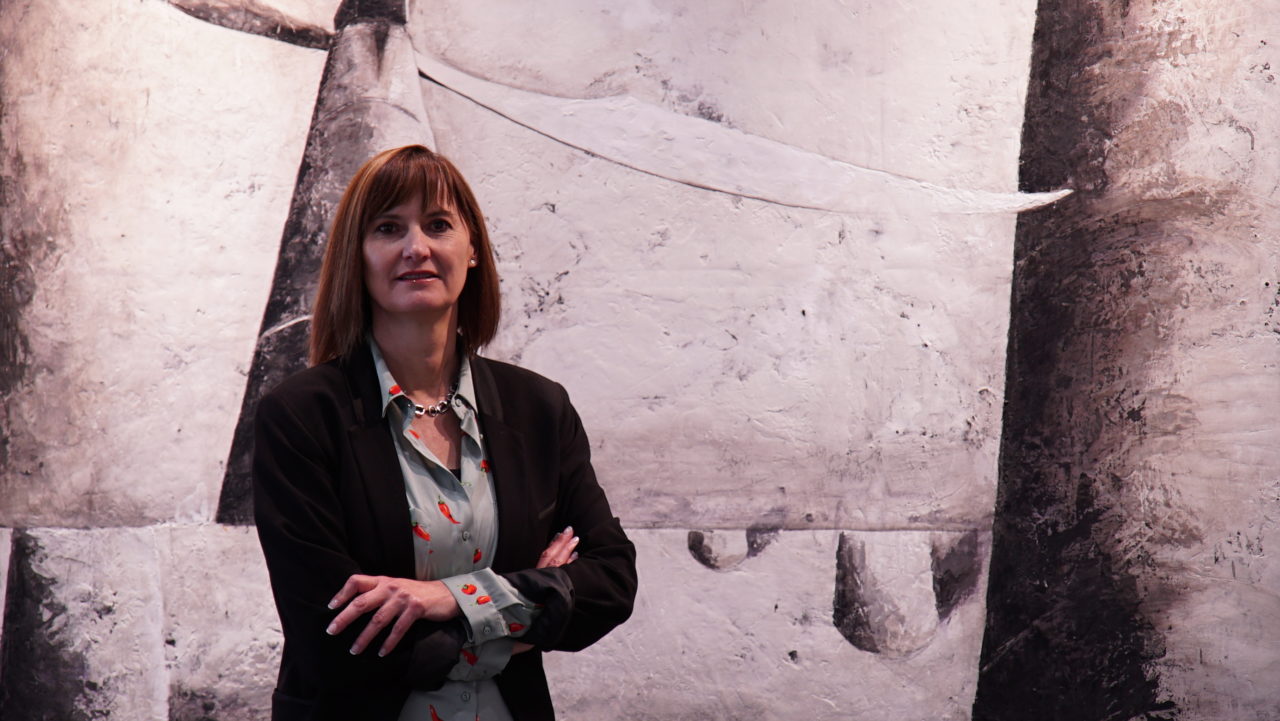 She says that several artworks procured from artists at the start of their careers during the early years of the collection in the 1980s have shown a massive increase in value. Some contemporary artworks such as those by Mary Sibande have also substantially increased in value because of the artist’s increased international exposure.

Growth potential, however, is not the main driver for Sasol’s investment in a particular artist’s works. “Sasol prefers to think of investing in the careers of emerging artists rather than the potential value of their works,” Cate says. “Most of the new acquisitions are from the Sasol New Signatures competition. The competition seeks to identify and promote new talent, and therefore the acquisitions are guided or even vetted, by the opinions of the various art professionals involved with the judging process.”

Several of the winners have gone on to create not only significant local but also international careers, such as Candice Breitz and Mohau Modisakeng, who represented South Africa at the Venice Biennale in 2017.