CFO of the Week: Tsholofelo Molefe, CFO at Eskom: success comes through focus

Her proudest professional moment was the presentation of Eskom’s Annual Results announcement and the financial sustainability plan to key stakeholders, says Tsholefelo Molefe, Chief Financial Officer (CFO) at the public electricity utility. “Eskom is always in the spotlight and as it took a while to fill in the Finance Director permanently after my predecessor Paul O’Flaherty left, my very first challenge was to make sure that I pull the Finance team together to remain focused so that we could deliver a successful annual report, which continues to receive a string of awards on Excellence in integrated reporting. I am proud that our integrated report tells our story in a way that helps people understand what the company is about.”

Born and bred in Soweto, Molefe grew up as the daughter of an Anglican minister. “He was very strict and protective of his children,” recalls Molefe, but she also mentions him as the reason that she didn’t shy away from accepting the high-pressure position as Eskom CFO when it became available towards the end of last year. “It was about a challenge. My father raised us to have a very focused outlook on life. If you don’t try, you fail. Take life on. Take a chance, as long as it is not going to kill you.” 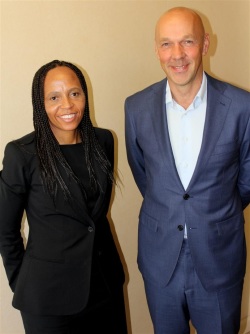 It’s a lesson Molefe now shares with students that she mentors. “I tell them to stay focused. It is not an easy journey to become a Chartered Accountant. It might take longer than you think, but you need to put the time in. Don’t be scared to ask questions, even though you feel that this may make you vulnerable.”

Molefe never imagined that she would one day be working to set Eskom “on a long term sustainable path”, as she calls her mission now. With a smile she admits she actually wanted to be a doctor. “I was good at mathematics and physics, but I was accepted into the semi-private school Pace College in Soweto, which was initiated and funded by Anglo American and the Bank of America after the student uprising in the early 80’s. The school solely focused on commercial subjects and there were no science subjects for me to pursue.”

That did not discourage Molefe, who managed to get a scholarship from the British Council to study in the UK. “I was always keen to study abroad after my matric. I had not given the CA qualification a thought, but in the UK I did a BA in Accounting and Finance and during the last year I decided that I wanted to be a CA.” But her first attempt to land a job back in South Africa, as part of a program encouraging South Africans overseas to come home in the early 1990s, was not successful. Ironically, the company that didn’t want her then was Eskom.

Doing articles at Coopers and Lybrand “tested my tenacity”, Molefe says, more so because she had to do conversion courses because she was UK trained. The CA title kick-started her career though and took her to increasingly responsible positions at IBM, Liberty Life, Absa and FNB. The last post she didn’t enjoy – “FNB’s culture wasn’t transformed” – and she moved to Eskom to work as a Financial Manager in the Transmission division and then became General Manager of Finance and business support in the same division.

Molefe really got to see the “full view of the value chain” when former Eskom boss Brian Dames asked her to take up the new role of Head of Group Customer Services. “I really enjoyed that. We have 5.2 million customers, ranging from mining and industrial customers to municipalities and residential customer.” It also gave Molefe a seat on the Exco and lined her up for the CFO position when Paul O’Flaherty left.

Wasn’t she scared to risk her reputation with such a tricky assignment? Once again Molefe refers to her upbringing. “As long as you know what your values are and you’re bold enough to stand your ground you will be ok. You need to act beyond reproach, never compromise your integrity, always do the right thing and never take shortcuts.”

As a CFO Molefe “can be part of the solution”, she says. “Having been in customer services has opened up my mind to what Eskom is about. From key industrial customers to laymen in rural areas that are receiving electricity for the first time, we need to be able to communicate and connect with all our customers at large. We drive an electrification program and connect about 200 000 new customers each year. But we are also the engine of the economy and provide 95 percent of South Africa’s electricity needs, representing 30 percent of Africa’s electricity.” 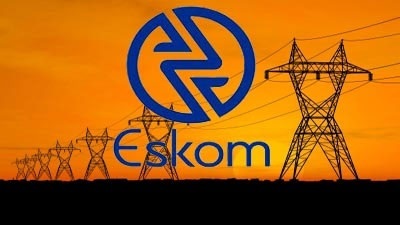 Being a relatively new top CFO, Molefe is careful about whom she listens to, mentioning predecessor Bongani Nqwababa, former HR Director Mpho Letlape and leadership coach Jonathan Yudelowitz as people she turns to for support. One important lesson for Molefe is not to do everything herself. “We want to be a leadership that creates a learning organization. I am passionate about that. When you want things to happen, you tend to do it yourself rather than giving better e direction to people and help them along,” says Molefe, who estimates that 20 percent of her time is spent working on numbers and the rest on strategic issues and leading her team.

Dealing with political bosses is another minefield that Molefe is learning to navigate. “We make commercial business decisions and business people tend to be arrogant towards politicians, so we need to learn how to communicate with government stakeholders as a state owned entity. Presenting Eskom’s annual results before the parliamentary portfolio committee I had to reflect on how I would explain Eskom reporting higher profits for the year but that it was faced with a cash flow challenge at the same time. I had to explain how profits are up R2 billion because of embedded derivatives. Most people don’t understand this.”

Making a sustainable success out of Eskom does not mean keeping the price of electricity as low as possible, explains Molefe. “That prices needs to be at the right levels. Of course we need to be mindful of low income users, but we are playing catch-up after the electricity price was not raised for years. I would not say it is my responsibility to keep the price down. The regulator plays an important role in that space, looking at affordability. It is important that government takes decisions swiftly so that we can plan appropriately and for the long-term. Rating agencies are also concerned about long-term certainty in the electricity industry. We have to establish a long-term price path for sustainability of the electricity industry.” 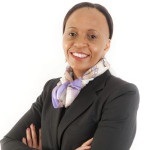 Molefe says she enjoys working at Eskom because she can “make a difference” and a “meaningful contribution” to the country. She proudly states that they do more than just sell electricity, but rather “grow the economy and improve the quality of life of people through generation and distribution of electricity”. Her ambition is to lead a “financial organization that is world class alongside global utilities.” To accomplish this, the CFO realizes she needs to develop a capable team. “We manage one of the largest capital program and borrowing plan in the country. My objective is to build capacity and skill that can deliver by these world-class standards. We try to match our remuneration and benefits to comparable markets to be able to achieve our objectives. We have great people, but we need to build a strong pipeline of skill for sustainability purposes.”