The decision of Barclays Plc to sell down its 62.3% interest in Barclays Africa could be great for the African continent, says entrepreneur and investor Vusi Thembekwayo. He says the “South African government should step in” and create an opportunity for “a cohort of black investors that are pro-development and behind the National Development Plan”.

Vusi is a globally renowned business speaker, who is part of the exciting line-up for the Finance Indaba Africa on 13 and 14 October. "The sale of Barclays Africa will be good for Africa if investors are found who are pro-South Africa and who understand our past and our deep social needs. If we find another extractive investor like Barclays, we may have a problem."

Do you want to hear Vusi Thembekwayo speak? Do you want to be informed about the latest and greatest in finance? Then don't miss the Finance Indaba Africa 2016. FREE access for members of ACCA, CIMA & SAICA - REGISTER NOW! Not a member? Register here.

With a lot of eyes on the Public Investment Corporation (PIC), already the second-largest Absa shareholder with 5.44%, Vusi is looking higher up the chain. "The government keeps talking about its Black Industrialists Programme. Now there is an opportunity to commit meaningfully to that programme. It should fund a cohort of black investors that are pro-development and behind the National Development Plan."

According to Vusi it is unlikely a large enough player in the market will swoop in to purchase the majority of Barclays Africa's shares. He also expects Barclays Plc to remain invested "to keep access to the board for possible re-entry at a later stage". That is why a government intervention is the best option, he says.

"Previously disadvantaged investors know the consumer. Banks don't speak to my needs as a young black person. As black South Africans, we need to change the systems by being participants and innovating from within."

While many South African business executives are highly suspicious of the idea of a developmental bank, especially in a political landscape that is mired in corruption, Vusi is convinced it is the best way forward to mend the "disconnect of values" between the current banks and the needs in the country. "South African banks are proud to say that we have one of the most robust banking systems in the world, with some of the best risk management. But in reality that means our banks are running sophisticated risk systems designed for a highly developed environment in a developmental environment. And in the end, they don't take risk in a country that needs risk-taking. Who do they give credit too? Large corporates, who continue to be awash with money and are able to expand internationally. The people who need finance are entrepreneurs and smaller businesses, but they cannot get it." 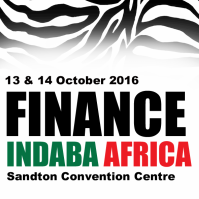 Whoever continues the Absa or Barclays Africa venture, they need to be better than their predecessors, says Vusi. "They have done poorly. Absa has lost market share to FNB and Standard Bank in personal and commercial banking, only Absa Capital continues to do well. What I find strange is that many western firms buy an African company and then just leave it. They don't bring the later technology or best practice platforms here. I expect them to bring in innovations and best practices - like interest-only home loans for example - and improve the services for the people in Africa. It was the same thing when Walmart bought Massmart and many good local executives left. But you simply cannot run a store in Qwa Qwa from Arkansas."

A key quality the 'new Barclays Africa' should offer is 'patient capital', says Vusi. "There are lessons to be learnt from our inhuman Apartheid past when the government was isolated and had to grow its own capital. It set up businesses like Sasol, Denel and Armscor, which were highly successful and globally competitive. Those were funded by patient money. Absa itself was an amalgamated group of small Afrikaner banks. No continent in history has ever grown without patient capital that is value-based and not aimed at creating maximum dividend for the shareholders or interest for the debt holders each year. With respect, even many of the celebrated transactions of the last few years, where western companies have bought into African ones, have been poor at answering the development agenda. When Barclays buys Absa, it is all about the cash reserves and extracting value."

"It is an extractive relationship, which is part of the economic colonisation that still exists after three centuries of exploitation."

Vusi refuses to accept that Barclays Plc's withdrawal is a bad indicator for the continents growth potential. "Everybody jumped to blind conclusions that Africa is a poor bet, but it is not. The continent might not be as attractive as 18 months ago, with the decline of major currencies driven by lower commodity prices and lower oil prices, but growth and opportunities are still all around. Of course there have been instances of political mismanagement, but that is something that only adds to the risk-return mix. When it comes to a decision like this, it is the context that matters."

That context is a complicated one of global capital allocation and monetary flows, where new regulations (Basel III) make it very tricky for banks like Barclays to operate across the globe, with weakening currencies throughout its geographies. "You have to look at the CEO's mandate. The bank hasn't been performing particularly well, with an average annual growth of 1.2% over four years. That is ridiculously low, the growth has been tiny. It is in that context that the bank says: let's exit where currencies are devaluing and let's focus on our core market, without taking our eye off the ball, even though there is currently more growth in South Africa."

Vusi says a focus on the core is desperately needed for Barclays. "If I am the CEO of Barclays in the UK, I am operating in the most competitive financial services industry in the world, even more competitive than the US. There are large industrial competitors trying to gain ground, new innovative banks eking out market share and FinTech startups challenging the traditional players. Every time you buy one, a new one pops up. There is no point trying to buy yourself out of trouble."

9 Questions for Risto Ketola around resetting and reinventing Momentum Metropolitan

Mark has always had an entrepreneurial spirit, from selling caps on the beach as a child to now building a megacity.