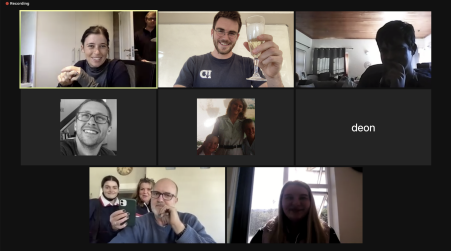 InfoDocs has reached 10,000 companies on its company secretarial software platform.

On the 25th of June 2021, InfoDocs celebrated reaching it’s 10,000th company on the platform. This comes just four months after InfoDocs joined the CFO SA Finance Indaba Network and only four years since the company was founded.

InfoDocs, the online company secretarial software that reminds you when annual filings are due, guides you through secretarial transactions and stores all your company records in one place, is on a mission to “give every business owner access to their company records”.

“We believe that by making company records more accessible, we can help more South African companies get compliant.” says Josh Alexandre, founder and CEO of InfoDocs.

As for the milestone achievement, Josh had this to say, “It all happened so quickly! We’ve been hard at work for nearly four years now and could never have imagined this kind of success. I remember adding the first few companies manually – it feels like just the other day.”

Apparently, the team almost missed it. “We’d been watching the ticker all week, wondering when we’d hit 10k. When the moment finally came, it happened so quickly that before we could screenshot, it had ticked over to 10,001. We had to fake the numbers!”

According to Josh, the company has no intention of slowing down. In the few weeks since the milestone, InfoDocs have announced over three new features including document requests for incorporation documents and CIPC disclosures, public officer appointments (aka “registered representatives” by SARS) and third party access.

“Third party access allows you to securely share access to individual companies. This works particularly well for directors, shareholders and other stakeholders who managers would like to grant edit or view-only access to.”
To find out how InfoDocs can help you and your organisation better manage company records, take a look at their website or schedule a demo today.