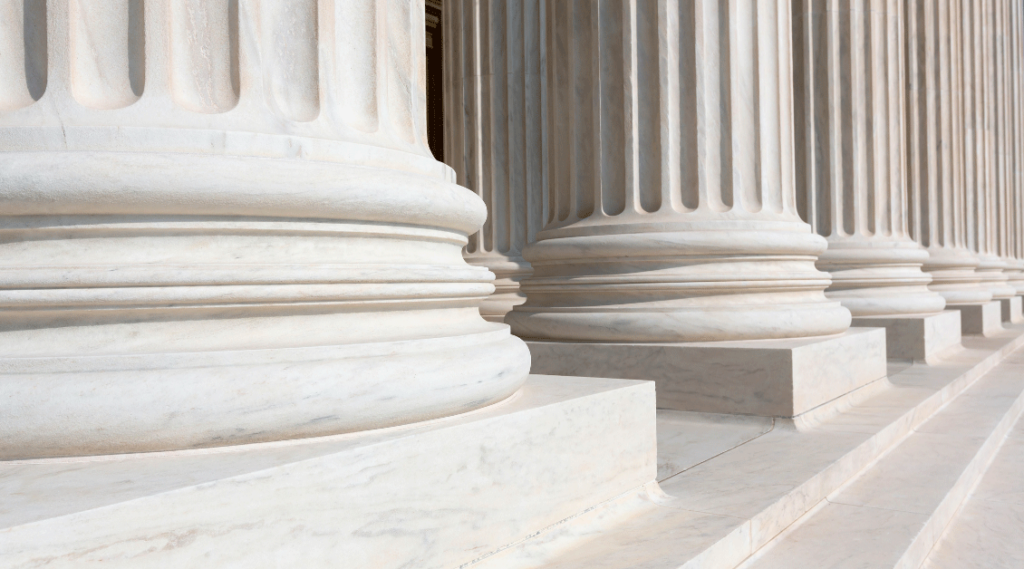 Why a taxpayer that was abusing process was successful when appealing to the full bench of the High Court.

[Durban, 03 March 2021] The full bench of the Western Cape High court recently delivered judgment¹ (Cloete J dissenting) in a favour of a taxpayer who, according to the Tax Court, was simply abusing process. When studying the judgment of the Tax Court, it is difficult to see how the taxpayer’s approach was anything more than an abuse of process which begs the question: Why was the taxpayer successful on appeal to the full bench of the High Court?

The taxpayer, apparently unaware at the time that SARS had indicated reconsideration of the decision to declare the objection invalid, tried to force SARS to finalise a decision on its objection by launching a default judgment application in the Tax Court.

SARS responded to the taxpayer’s application for default judgment by delivering its revised decision regarding the validity of the objection – now treating the objection as invalid.

In what seems to be a completely baseless response by the taxpayer, an appeal was filed under section 107 read with rule 10 of the rules promulgated under section 103 of the TAA (“the Tax Court rules”). SARS replied to the effect that the appeal was invalid because there was no objection (the taxpayer’s objection having been declared invalid) and without an objection, there can be no appeal.

The process continued with the taxpayer delivering to SARS a notice of intention to apply for default judgment in terms of rule 56 of the Tax Court rules (see Practical Guide to Handling Tax Disputes for a detailed discussion of the Tax Court rules), this time in consequence of SARS’ apparent failure to respond timeously to the taxpayer’s appeal. In terms of the notice, SARS was offered 15 business days to remedy the alleged default.

SARS, having previously made clear their position that there was no valid appeal and that therefore it did not have to respond to the appeal (which renders the taxpayer’s default judgement application baseless), did not respond within the 15-day period set out in the taxpayer’s notice of intention to apply for default judgment.

Undeterred, the taxpayer delivered her application for default judgment, seeking an order that the assessment of R44 177 895.20 be reduced to nil. SARS delivered their answering papers, 5 court days out of time. Importantly, SARS failed to formally apply for condonation in consequence of its “non-compliance” with the Tax Court rules but the Tax Court nevertheless condoned the late filing.

The Court labelled the taxpayer’s application for default judgment “an abuse of process” and dismissed the application with cost. Undeterred still, the taxpayer noted an appeal against the judgment of the Tax Court to the full bench of the Western Cape High Court.

Appealability
The court first turns to the common law principles of appealability and concludes that the taxpayer should be allowed to appeal in terms of the common law. It then goes about establishing whether there is reason to deviate from this in light of the judgment in Wingate-Pears v CSARS[1] (“Wingate-Pearse”) where the SCA held that orders by the Tax Court on interlocutory applications are not appealable.

Further still, even if that logic is incorrect (that no interim order was granted by the Tax Court), the SCA judgment is distinguishable on the facts. In the SCA case, the only issue before the SCA were orders on interlocutory applications. In the present case the orders were final orders.

Condonation
The court concludes that since SARS failed to apply for condonation, the Tax Court could not have granted condonation.

Appealability, strike out and condonation
According to Cloete J, both SARS’s application for condonation as well as the taxpayer’s application to strike out were interlocutory applications in the Tax Court. Based on the provisions of the TAA, decisions on such applications are not appealable and further still, they lack the required finality (Wingate Pearse).

The court seems to reason that any decision that could have been made by the Tax Court is in any event not appealable when considering the judgment in Wingate Pearse. The appeal on the basis of the Tax Court’s decision in respect of striking out and condonation is therefore simply not appealable.

Rule 52(2)(b)
Rule 7 (read with section 104 of the TAA) allows taxpayers who are entitled to object to an assessment, to lodge an objection. Since the assessment in question is an agreed assessment, the taxpayer cannot object. As such, the taxpayer could never have objected and indeed could not have appealed.

According to the dissenting judgment then, the taxpayer followed an incorrect procedure. This, Cloete J says is something the Tax Court could have determined for itself. In other words, it matters not whether the application was opposed or unopposed – the taxpayer could not have succeeded with her default judgment application.

On this basis alone, the taxpayer’s appeal must fail, but Cloete continues to address the other grounds for appeal for in case the learned judge may be wrong. The taxpayer ought to have applied for an order that the objection be treated as valid.

Substance
The court concludes that the Tax Court made no finding on whether or not the assessment in question was an agreed assessment, and seemingly, therefore, there can be no appeal against such finding (or lack thereof).

Withdrawal
The Tax Court correctly interpreted section 9 of the TAA when it was concluded that SARS was in fact entitled to withdraw their decision to treat the objection as valid.

Appealability
In Wingate Pearse the SCA considered what orders made by the Tax Court are appealable in terms of the TAA since ultimately, the Tax Court is a creature of statute, specifically of the TAA. According to the SCA, “the scope of [the Tax Court’s] jurisdiction, its powers and the ambit of any right of appeal from its decisions are defined in the Administration Act. It is therefore to its provisions that we must look…” [My insertion]. Suffice it then already here to state that whether in common law, the taxpayer should be allowed to appeal, is largely irrelevant.

The SCA in Wingate-Pearse reasoned as followed in determining whether appeals lie against orders on interlocutory applications:

Section 133 of the TAA deals with appeals:

However, when following the logic and interpretation of the SCA on section 133, it is clear that even though an application for default judgment under rule 56 of the Tax Court rules is an interlocutory application, rule 56 does empower the Tax Court to make an order under section 129(2) – i.e. the Tax Court may grant final relief.

An order granted under section 129 is indeed an order referred to in section 133, therefore, such orders must be appealable based on the wording of section 133 despite the fact that it is technically an interlocutory application. Indeed, orders under section 129 also do not lack the requisite finality.

In the case before the Tax Court, the court did not make an order under section 129, even though the taxpayer sought such an order. The taxpayer’s application was dismissed. Since no order was made under section 129 by the Tax Court, the taxpayer simply could not appeal that order. In this regard I am in respectful agreement with the judgment of Cloete, J and respectfully disagree with the majority judgment.

Further still, it is difficult to discern how the order of the Tax Court was a final order. No order was made by the Tax Court under section 129 of the TAA. The taxpayer’s application was dismissed.

Condonation and striking out.
The Tax Court is a creation of statute and since no formal application was brought by SARS for condonation, the Tax Court would have no jurisdiction to make a decision in respect of condonation. In that respect, I am in respectful agreement with the majority judgment in principle. However, the taxpayer was not entitled to launch default judgment proceedings if SARS was not in default.

This follows from the wording of rule 56. Indeed, if there was no objection, there simply cannot be an appeal and since there cannot be an appeal, SARS cannot be in default. The taxpayer’s application for default judgment was therefore baseless. It is difficult to see how SARS is required to request condonation for opposing something that should never have been entertained in the first place.

Stated differently, if the taxpayer’s application was not an application in terms of rule 56, then there can be no time period within which SARS ought to oppose same. If there is no prescribed time period within which SARS ought to have opposed the application, it could not have been late in delivering opposing papers and therefore, SARS would not be required to request condonation, let alone to formally request condonation.

In this respect then, I am in respectful agreement with the judgment of Cloete J. Further still, an order by the Tax Court in respect of condonation is also an interlocutory application and is therefore simply not appealable, as also pointed out in the dissenting judgment of Cloete J. The same holds true in relation to the striking out application brought by the taxpayer.

Section 9 of the TAA allows SARS to review their decisions, other than decisions that are subject to objection and appeal². A decision by SARS to treat an objection as valid is simply not a decision as contemplated in section 104. It is not subject to objection. As such, there is no reason why SARS could not change their decision with regards to the validity of the objection. SARS was therefore entitled to change its decision.

The Tax Court nevertheless concluded that where an objection is treated as invalid under circumstances other than those envisaged in rule 7(4), the taxpayer is entitled to bring an application under rule 52(2)(b) to have that objection declared valid. Whilst there should be exceptions to this reasoning⁴, in this case, that reasoning cannot be faulted. In this regard I am in respectful agreement with the judgment of Cloete, J and the Tax Court.

Conclusion
I am in respectful agreement with the judgment of the Tax Court and with the judgment of Cloete J. The fact that the taxpayer succeeded on appeal raises several questions about the correct interpretation of the rules of the Tax Court and in our opinion, is likely to cause tremendous difficulties for taxpayers and SARS alike. I can only hope that SARS appeals this decision if only to ensure clarity on the interpretation of the rules that govern litigation in the Tax Court.

Nico Theron, Unicus Tax Specialists SA, is the author of The Practical Guide to Handling Tax Disputes, a comprehensive guide for taxpayers, tax and legal professionals which is available from the LexisNexis Bookstore. Click here to order your Print or eBook version. Print ISBN: 9780639012674, eBook ISBN: 9780639012681.