Press release: Get the basics right – a failed default judgement application in the tax court 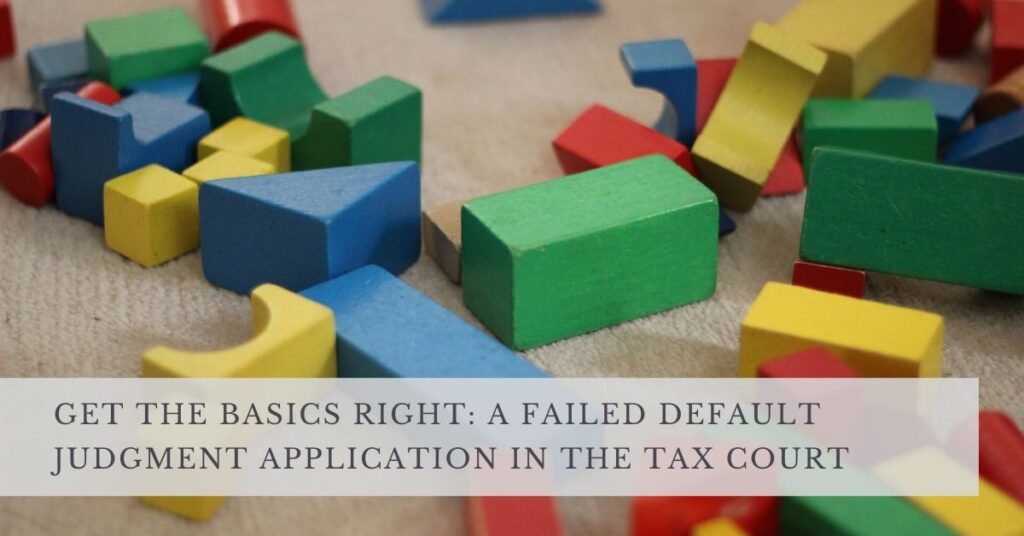 How to successfully ask the tax court for final relief in consequence of SARS' failure to comply.

The very basics of a tax dispute are making sure that (a) you file the right forms and (b) at the right time. Get this wrong and you can be as fancy as you like with legal applications in the tax court, at the end of the day you will almost certainly fail. An example of a case where a taxpayer seemed not to have gotten the basics right appears to emanate from a recent tax court judgment.

The background of this case is briefly set out below.

It turned out, however, that the taxpayer never filed an appeal. They filed something which they purported/thought to be an appeal – but was it an appeal stricto sensu? This is an important question to answer because SARS could only be said not to have responded to the appeal if in fact an appeal was submitted. Failing that, SARS is not in default of the rules and the taxpayer should not be entitled to any relief. In fact, one could argue the taxpayer should not even be bringing a default judgment application, to begin with, in these circumstances (which seems to be supported by the cost order against the taxpayer in this case).

As far as can be established from the judgment in this case, the taxpayer uploaded a document referred to as a “memorandum” which indicated the taxpayer’s intention to file an appeal. However, there is a massive difference between filing an appeal and filing something which indicates an intention to file an appeal – the one is an appeal and the other one is quite simply not an appeal (this reminds us of a 2016 tax court judgment (Case No. 13635)(13 May 2016) where Mali J, who also delivered judgment in the case discussed in this article, called an email by a taxpayer entitled “intention to object” “ … a baseless procedure …”).

The first step of an appeal is regulated by rule 10 of the rules. That rule states that when filing an appeal, the taxpayer must, amongst other things, file the prescribed form. In terms of section 103(3) of the Tax Administration Act, 28 of 2011, SARS prescribes which form must be used for appeals. The form prescribed by SARS, at all times relevant to the case under consideration, is the Notice of Appeal (NOA) form as was also made clear by SARS in the notice delivered to the taxpayer wherein SARS advised the taxpayer that its objection has not been successful. The taxpayer in this case never filed the NOA.

Quite plainly then, the taxpayer simply did not appeal. In the result, SARS could not have been said to be in default of the rules or at the very least, can be said to have had good cause for any possible failure to comply with the rules. In the result, the taxpayer lost the case with a cost order against it.

One wonders how something as basic as not having filed the correct form was missed in this case. Default judgment applications where final relief is sought, particularly in the tax court, are notoriously difficult to get through. In our experience, if you are going to ask the tax court for final relief in consequence of SARS’ failure to comply with an obligation or time period, you best be sure you have dotted your I’s and crossed your T’s, so to speak. SARS is the guardian of public funds so getting final relief on a “technicality” is always going to be difficult (but most certainly not impossible in our experience).

Perhaps one alternative approach, in this case, would have been to file the prescribed form and if necessary to request condonation for the late filing, bearing in mind that a decision not to condone would in turn have been subject to objection and appeal. One can only speculate why this alternative course of action was not followed as the facts necessary to establish the tenacity of such alternative approach was not ventilated in the judgment:

At the risk of making this list several pages long and boring you even further, suffice it, in conclusion, to say that when dealing with a tax dispute, getting the basics right is crucially important. Something as simple as not filing the correct form could end up costing a taxpayer dearly. That’s why, when we take on tax disputes, (whether it is an application for default judgment, an appeal, objection or any other interlocutory tax application) we make sure to assess the merits of a case thoroughly. If you saddle a lame horse, you won’t get far.