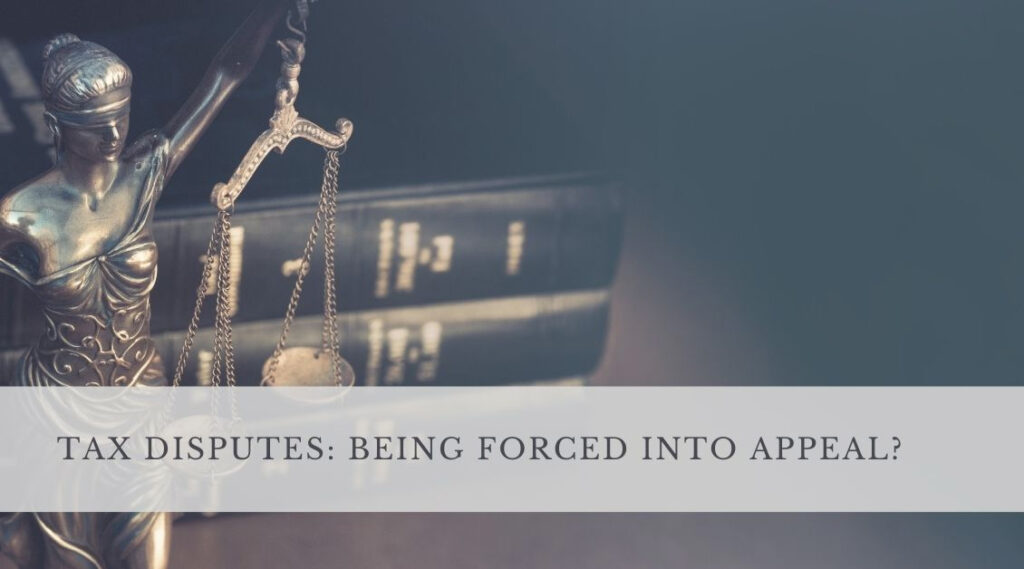 Do taxpayers really have any other choice but to appeal after an unsuccessful objection?

Most taxpayers are familiar with the basic process of challenging an assessment:

Noting an appeal after an unsuccessful objection is all good and well if SARS applied their minds to the objection and gave a proper basis for disallowing the objection.

Often times, however, one gets the distinct impression that SARS has completely misunderstood the objection, did not apply their minds to it or is simply forcing the taxpayer to note an appeal, almost as if to say: they will deal with the taxpayer’s grievance later, if and when the taxpayer notes an appeal.

Those taxpayers who have gone through the appeal process will know that it is a process that can be very tiresome, often takes months (or even years) to conclude and can be extremely expensive. Best avoid them if possible.

But does the taxpayer really have any other choice but to appeal after an unsuccessful objection? Most taxpayers who find themselves on the receiving end of an unfavourable outcome of objection letter would likely have been told that noting an appeal is almost a faite accompli. But the fact is, it is not.

If SARS, without good cause, mess up by not complying with the rules, they must face the harshest consequence (as should taxpayers who do the same);

To this end, taxpayers who find themselves the victim of such non-compliance by SARS, has an option at their disposal to squash, as it were, the entire dispute without noting an appeal.

As evidenced by a recent unprecedented case where Unicus Tax represented the taxpayer, following this option can be an extremely fast, extremely effective way of putting an immediate end to a tax dispute wholly in favour of the taxpayer, simply because SARS did not comply with the rules and without having to go through the appeal process. However, relying on this option in the incorrect circumstances is highly likely to cost the taxpayer’s its case. It is therefore an option that may, in some cases, carry a significant risk.

The window of opportunity to rely on this option is also determined, in part, by time periods. Taxpayers wishing to avail themselves of this option should move it into action as quickly as possible after SARS delivers their notice to disallow or partially disallow an objection, ideally within a couple of days thereafter.

However, if successful, relying on this option is, in our view, a much better, faster and even in some cases cheaper option to put an end to a tax dispute as opposed to noting an appeal. It also works to prevent SARS from forcing taxpayers to appeal. It is not always available though. Taxpayers would be well advised to enlist experts in the field of tax dispute resolution to make sure the dispute is dealt with appropriately and all options at the taxpayer’s disposal is considered weighed up and executed with precision.