Press release: Tax disputes: How to deal with invalid objections 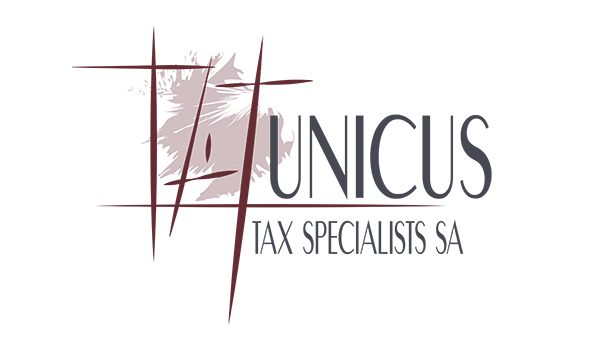 Invalid objections are kept in check by at least two mechanisms contained in the rules that govern objection and appeal.

This is quite a power to have, given that if a taxpayer does not object to an assessment, the relevant assessment raised by SARS eventually becomes final. In other words, SARS can effectively strip the taxpayer of its right to object to an assessment by declaring an objection invalid. This rather extensive power is, thank goodness, kept in check by at least two mechanisms contained in the rules that govern objection and appeal. Understanding these will go a long way to prevent taxpayers from falling victim to an assessment that has become final and assist taxpayers with dealing with invalid objections.

XYZ (Pty) Ltd objects using form A when the taxpayer should have used form B. XYZ (Pty) Ltd can file a new objection, this time using form B and that will take care of the problem.

However, if SARS declares the objection invalid for reasons that cannot be fixed with a subsequent objection (which seems to happen often in our experience) then mechanism one will not yield the desired result.

Knowing when an objection has been declared invalid on a basis that cannot be fixed with filing another objection may be difficult to ascertain (depending on the facts). Suffice it here to state that a good indicator (but not a conclusive indicator) that the invalidity cannot be dealt with by filing another objection is if SARS also declares the subsequent objection invalid for the same reason. It is not unheard of in practice for taxpayers to end up in a deadlock situation with every subsequent objection simply being declared invalid by SARS and the dispute never progressing.

If SARS declares an objection invalid on a basis that cannot be fixed with a new objection, there is a good chance SARS did not declare the objection invalid for valid reasons. Believe it or not, but SARS does not always act within what is permissible in law (one only needs to look at few recent judgments by the Courts in support of this statement).

So, you end up in a deadlock with SARS continuously declaring your objections invalid, SARS is pressing for payment, your clearance status is adversely affected, and the objection process is going nowhere. Enter mechanism two.

The second mechanism
This mechanism allows taxpayers, in the right circumstances, to launch certain litigious action against SARS in the Tax Court. If successful, such action will result in SARS being ordered to treat the objection as valid which will break the deadlock. But isn’t ligation extremely expensive? Not necessarily. In fact, in all the cases where we assisted taxpayers with this particular action, SARS effectively not only conceded that the objection should have been treated as valid all along but has also allowed the underlying objection long before the taxpayer ended up in court. By way of example of a recent case we dealt with:

Taxpayer A was assessed to tax on a substantial amount which she never received and which she was completely unaware of. The reason for this, according to SARS, was that someone had declared to SARS, via a directive application, that she received the said amount. Her tax practitioner duly objected to the assessment. SARS refused to make a decision on the objection and declared the objection invalid because, according to SARS, the person who applied for the directive must cancel the directive. In short, SARS was telling the taxpayer that she is not allowed to object until this directive was cancelled. In our view, SARS was not allowed to do this.

Of course, the path of least resistance to getting this dispute resolved would be to get the person who applied for the directive to cancel the directive. Unfortunately, however, that was not possible because the directive application was fraudulently made (the taxpayer did report the fraudulent activity) and criminals tend not to come forward and assist in circumstances like these. Without getting the directive cancelled, filing another objection would be futile as it would also be declared invalid. So, we launched the appropriate action which resulted not only in SARS regarding the objection as valid but also in SARS allowing the underlying objection. Not only did this mechanism break the deadlock but also resulted in complete resolution of the dispute, long before a court date was even set for the application.

Conclusion
Evidently then, how to deal with an invalid objection depends in broad terms on who is at fault for the objection having been declared invalid – the taxpayer or SARS.

Where it is the taxpayer, the correct action is to file a corrected objection. Where it is SARS, an often very effective response may be to launch the appropriate legal action.

Suffice it however to state that no matter who is at fault, an objection that has been declared invalid is invalid (with at least one notable exception not discussed here) and either one of the above two mechanisms can be relied on to get the objection declared valid and properly dealt with. Failing this, chances are the assessment will eventually become final which will prevent the taxpayer from challenging same.