Mark Kathan served as the FD and CFO of AECI since September 2008 before being appointed as the head of AECI Mining in January 2022.

Mark is a qualified CA(SA) with a bachelors in accounting science degree from the University of South Africa.

In addition to his overall responsibility for the finance and treasury functions within AECI, he also oversees the company’s corporate communications and investor relations, legal and secretariat, internal audit and IT functions, as well as its retirement funds. He also plays a leading role in the company’s M&A activity.

Prior to joining AECI, Mark was the FD at Nampak and served on that company’s group executive committee.

He was previously nominated for the 2015, 2016 and 2019 CFO Awards for his work as the CFO of AECI. He was nominated again for the 2021 CFO Awards, and walked away with the Finance & Technology Award! 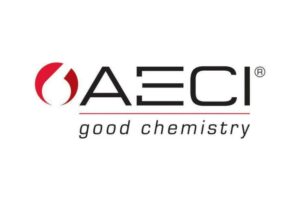 About AECI: AECI is a South African-based explosives and specialty chemicals company focused on providing products and services to a broad spectrum of customers in the mining, manufacturing, agricultural, food and beverage, and general industrial sectors.

Mark has been nominated for his work as the CFO of AECI.

Five siblings, five exceptional professionals. This is the remarkable story of the Kathan family: one medical doctor, one Deloitte executive, and no less than three CFOs. We sat down with Veran, Christine, Justine, Mark, and Sunita to talk about the forces that shaped their lives, what motivates them, and their hopes for their children.

There is no benefit in MAFR, says AECI CFO Mark Kathan

AECI CFO Mark Kathan feels that more consultation with the IRBA is required.