On the night of 17 November, South Africa’s leading finance professionals donned in their best dresses and tuxes were greeted by the sounds of the saxophone filling the summer air at the Polo Room at the Inanda Club. With cocktails in hand, guests at the eighth annual CFO Awards enjoyed steak taco and prawn panko canapes with a view of the green expanse of polo fields before the start of the ceremony, also known as the “Oscars of the finance profession”. 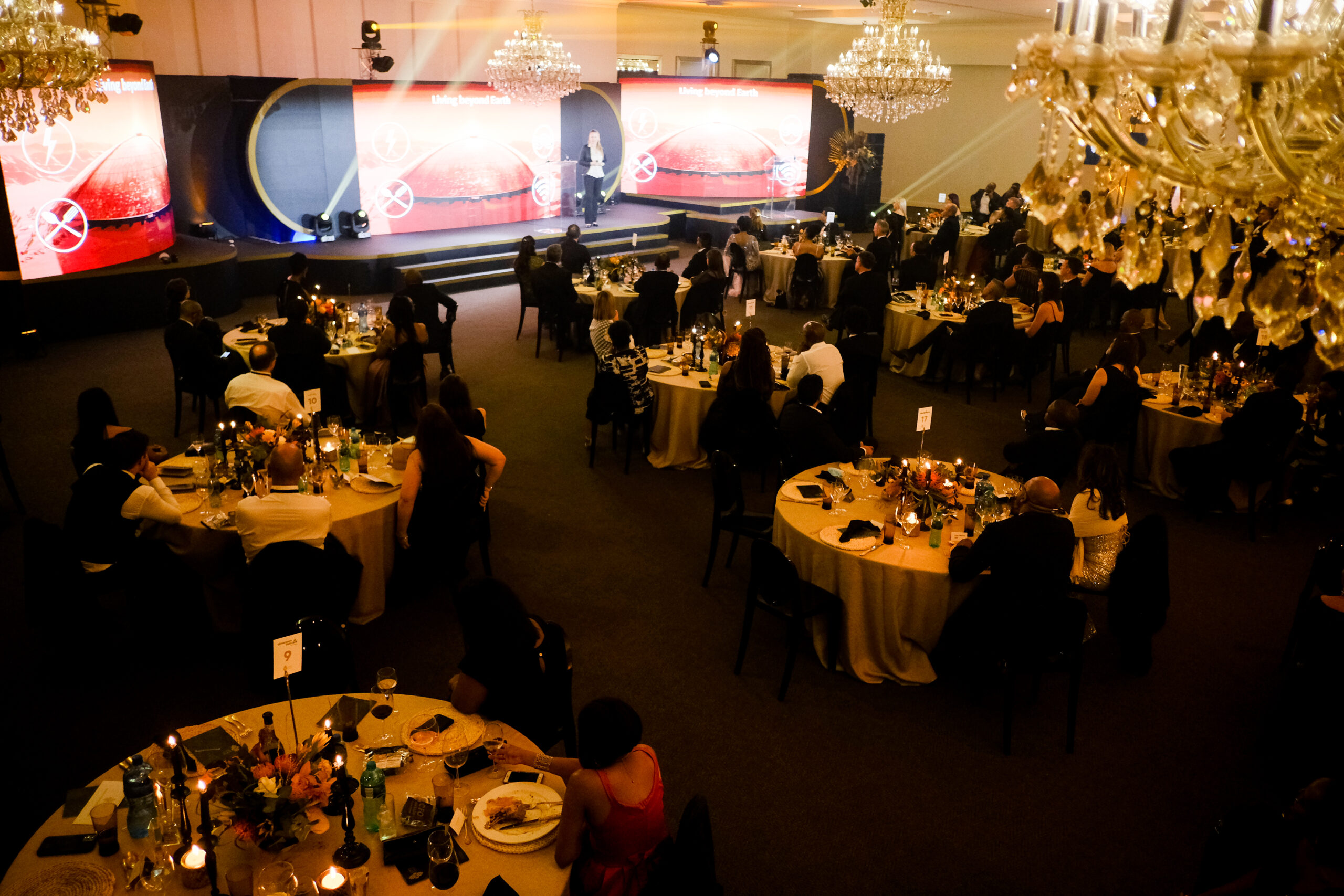 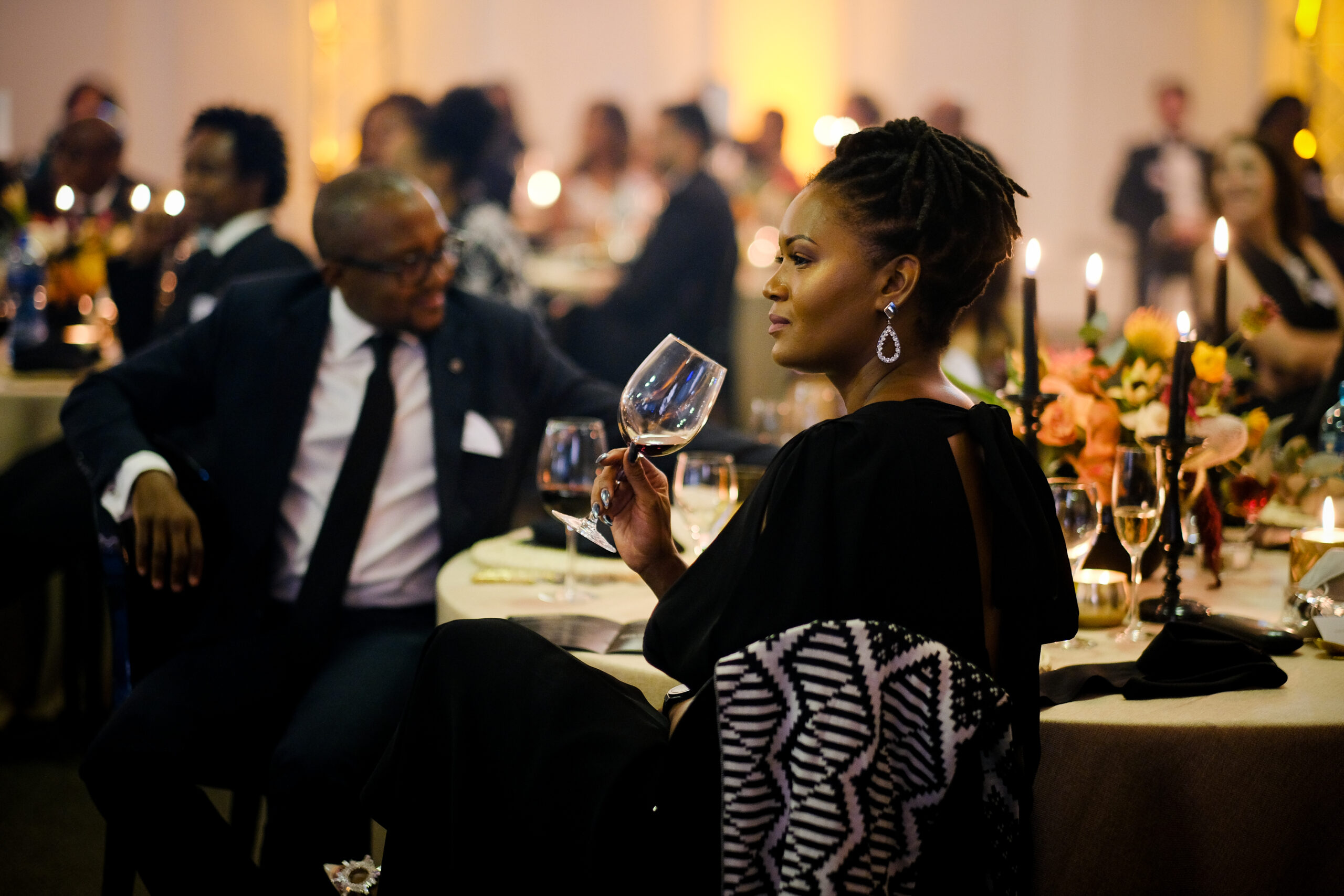 CFOs were then guided into the magnificent ballroom, decked out in black and white accented with daylilies, succulents and candles. The three-course menu was curated by leading Johannesburg caterers Word of Mouth. 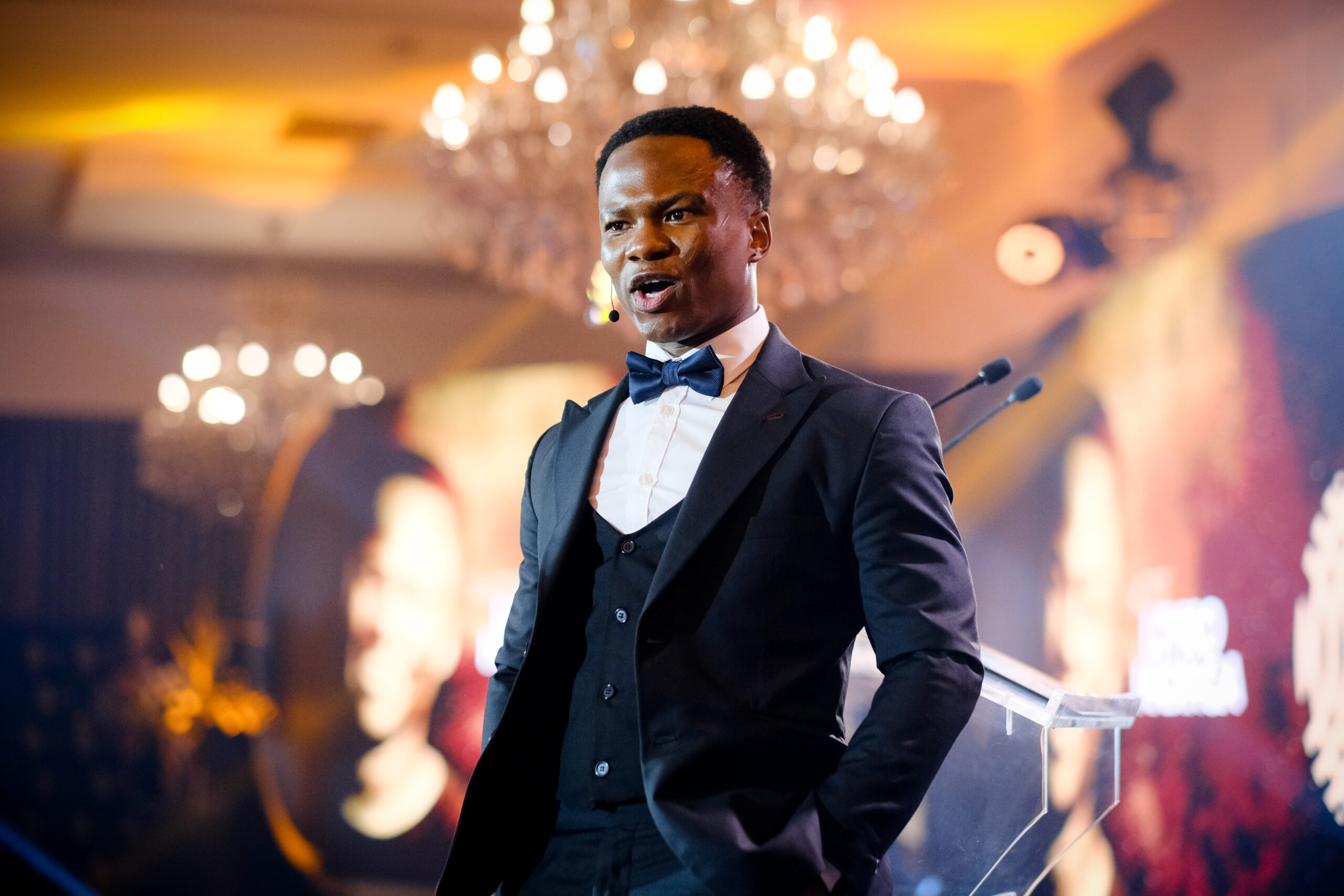 World-renowned comedian Loyiso Madinga, the South African correspondent for the Daily Show with Trevor Noah, kicked off the event as the master of ceremonies. He kept the guests entertained with jokes about finance, lockdown weight-gain and heels, all of which was met with resounding laughter. 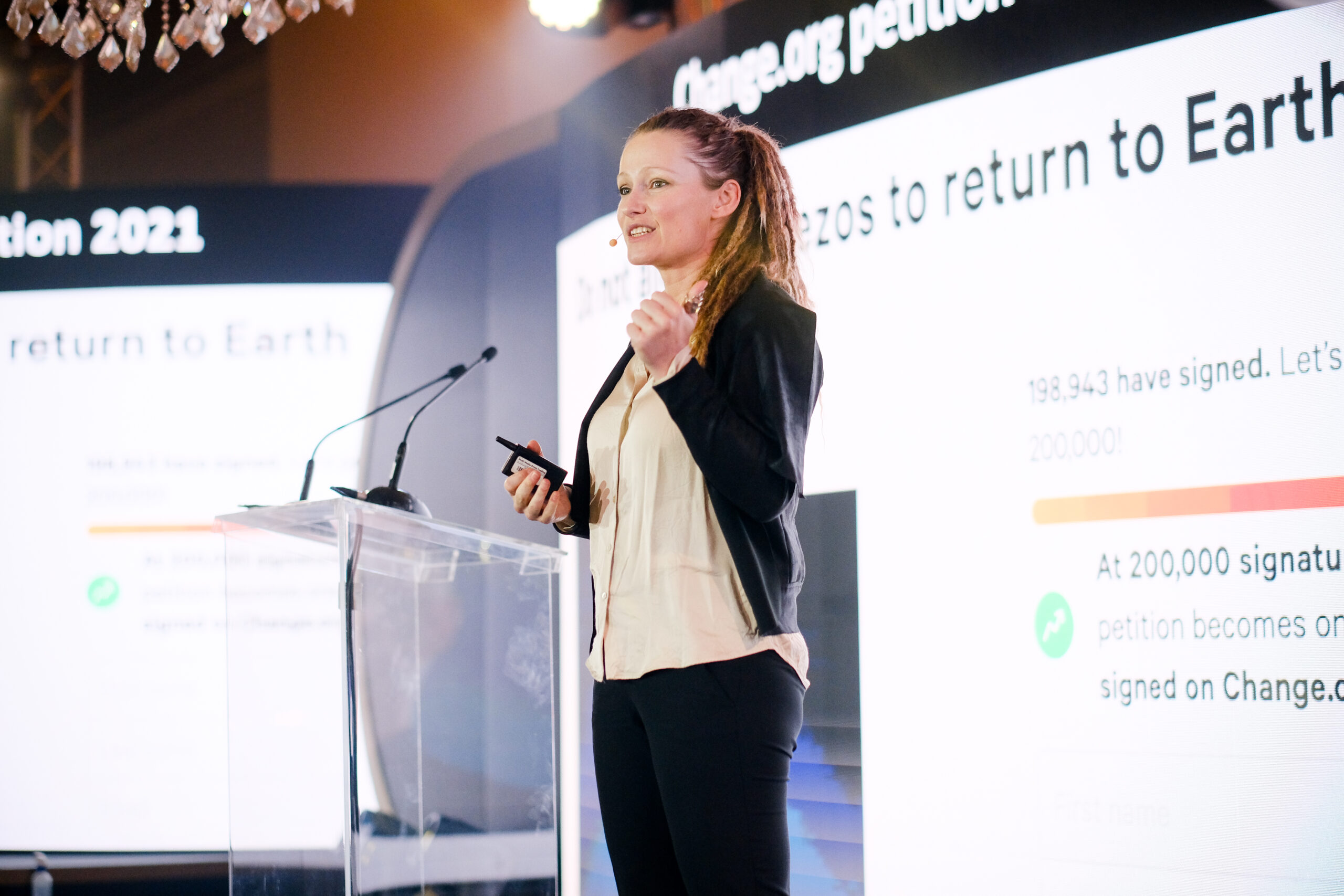 Dr Adriana Marais, director at the Foundation for Space Development Africa, was the night’s speaker. Adriana founded Proudly Human in 2019 and explained how she is currently leading the organisation’s Off-World Project: a series of off-grid habitation experiments in the most extreme environments on the planet, in preparation for life on the Moon, Mars and beyond, as well as a sustainable future on Earth. She also urged the guests of the evening to sign up to join the project, saying that every new civilisation will need a finance professional. 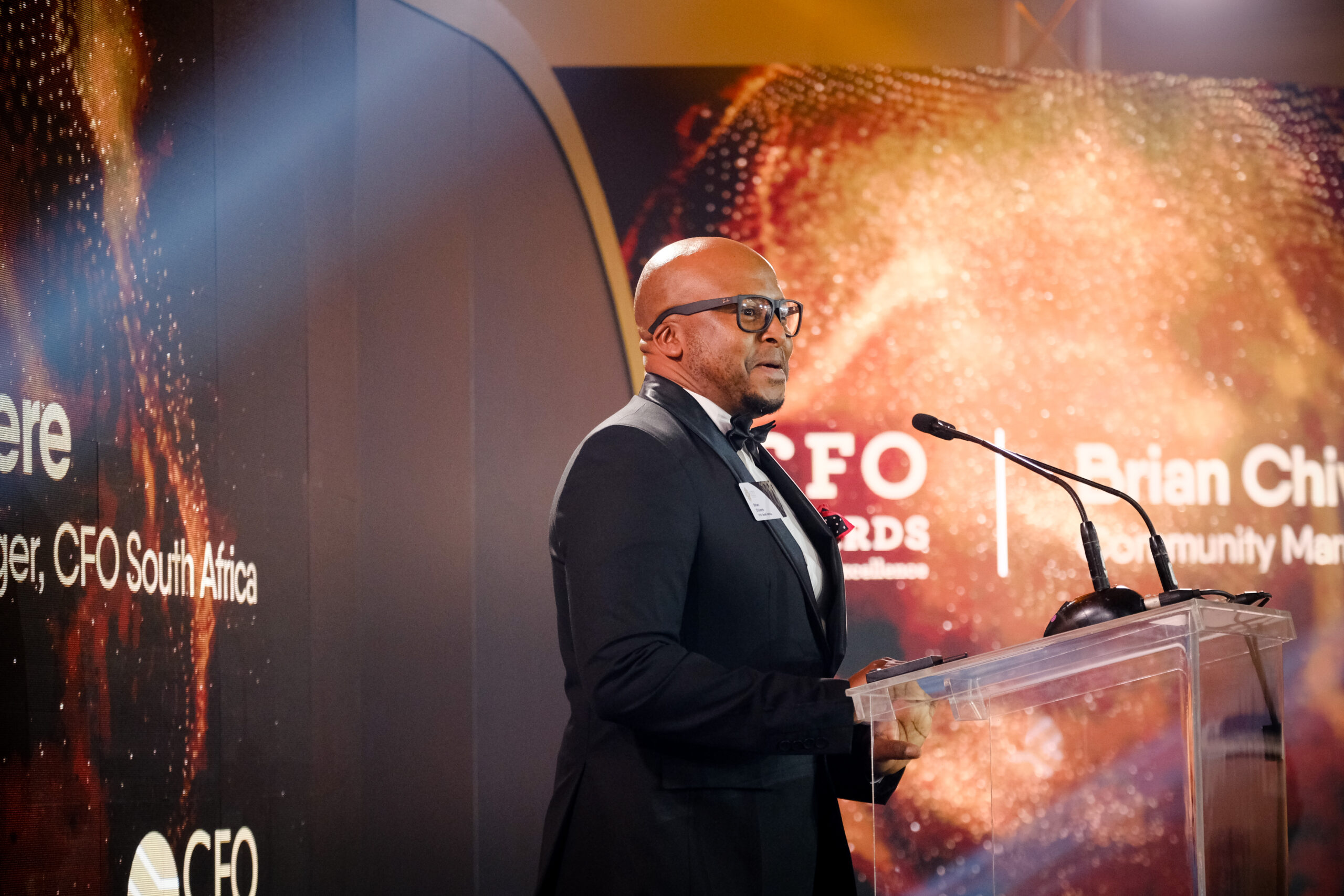 Highlighting the importance of the awards and congratulating the 24 nominees of the evening, CFO South Africa community manager Brian Chivere said that the event was a salute to notable achievement in the finance industry:

“Tonight is not just a celebration of our exceptional nominees, but of South Africa’s finance professionals as a whole, who have had to navigate a return to somewhat normal over the last year. You continue to demonstrate that our professionals can stand shoulder to shoulder with those who are driving and supporting business around the world.”

He acknowledged the panel of judges for their invaluable time and effort in giving the CFO Awards the prestige it deserves. 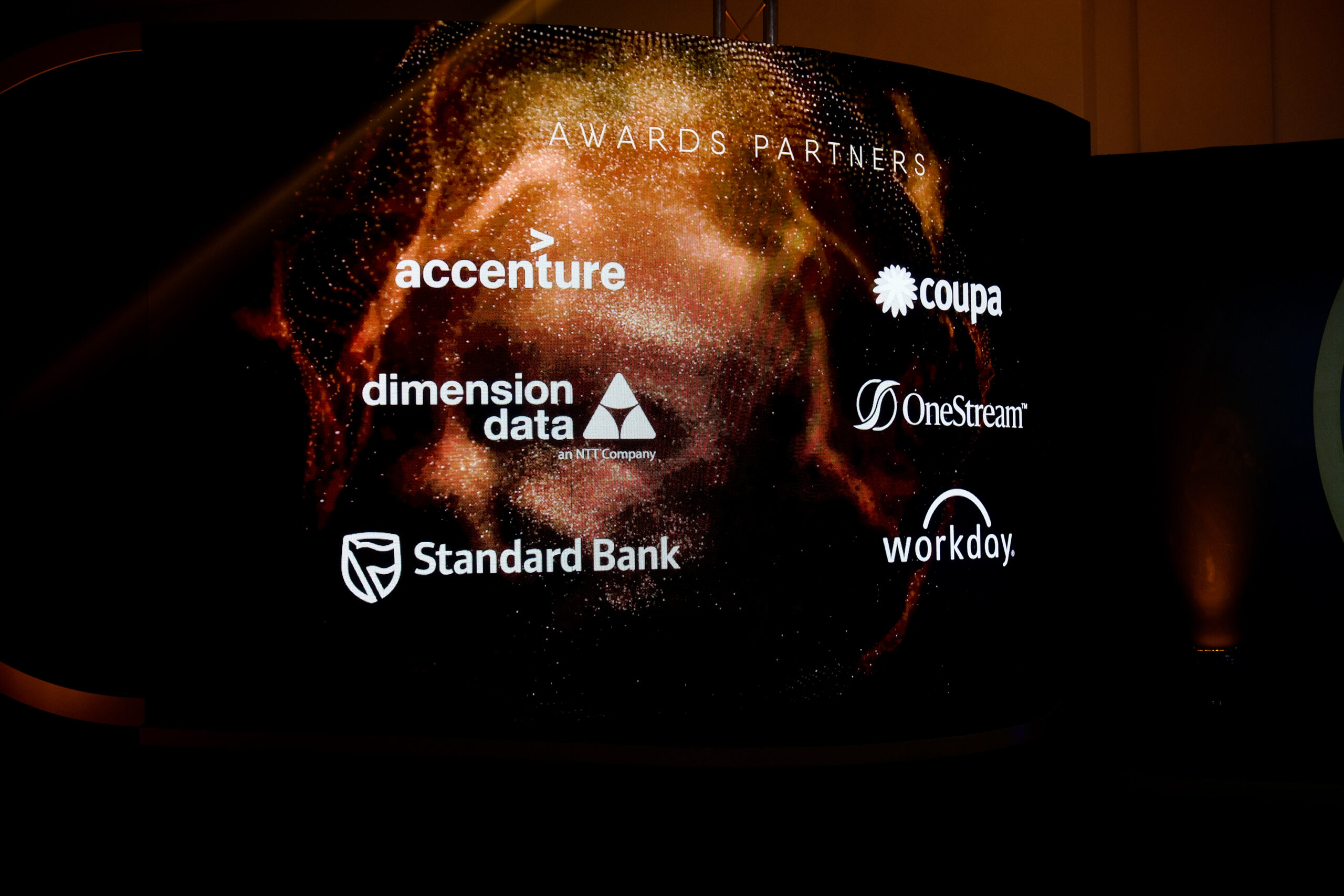 Brian also thanked the many companies who made the CFO Awards possible. Principal sponsor Deloitte has headlined the awards for the fifth year in row. Award sponsors include Accenture, Coupa, Dimension Data, OneStream, Standard Bank, and Workday. 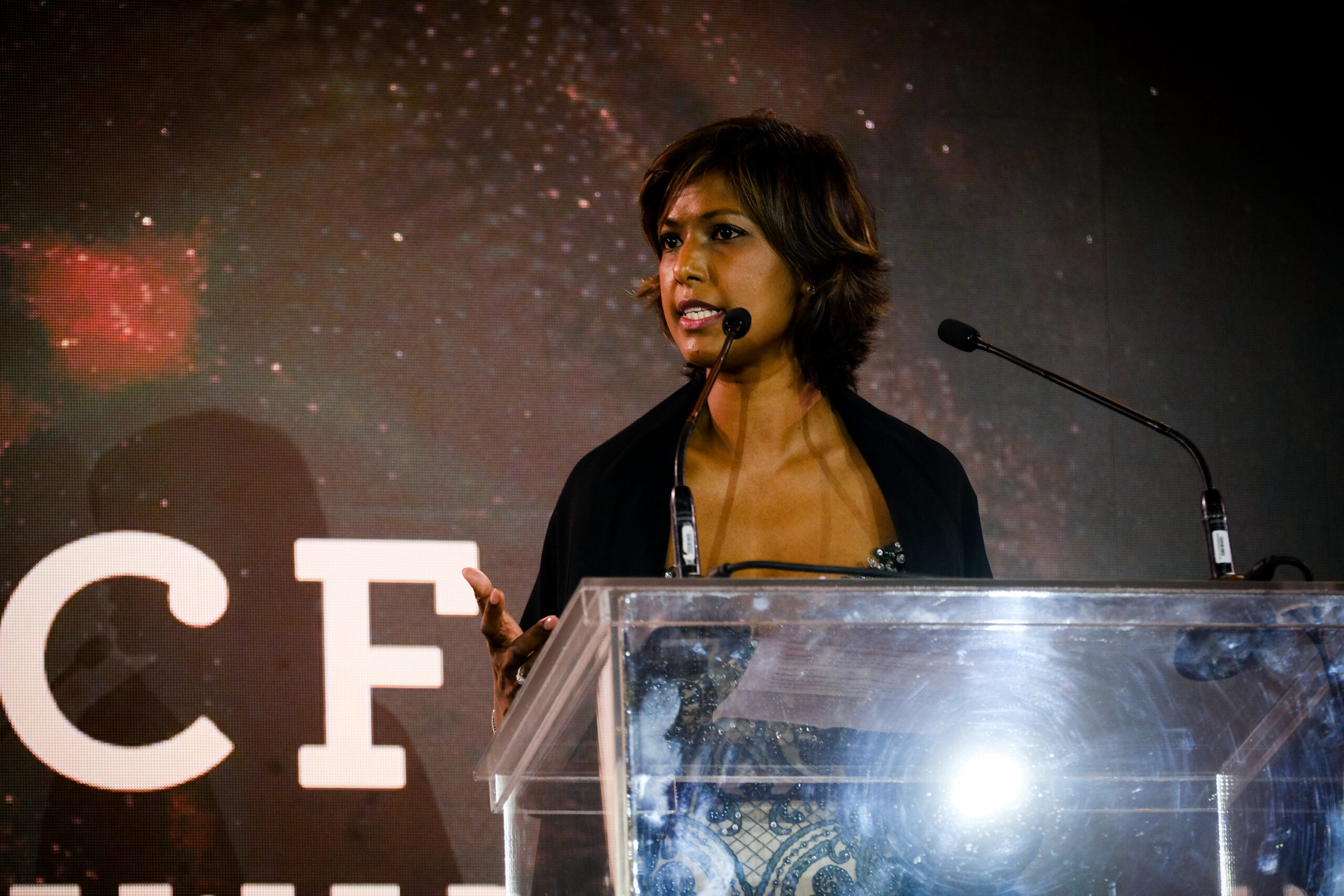 Ruwayda Redfearn, Deloitte Africa board chair and newly elected CEO, speaking in the opening address, underlined Deloitte’s continued support of the award as a sign of the firm’s commitment to South Africa’s finance community.

“New business managers are looking beyond profit,” she said. “Instead they are looking toward their social and environmental responsibilities. Responsible leadership must also be responsive leadership. We are a collective with enormous influence and this requires more than focusing on CSI projects, but speaks to what our collective purpose is and makes an impact that matters.” 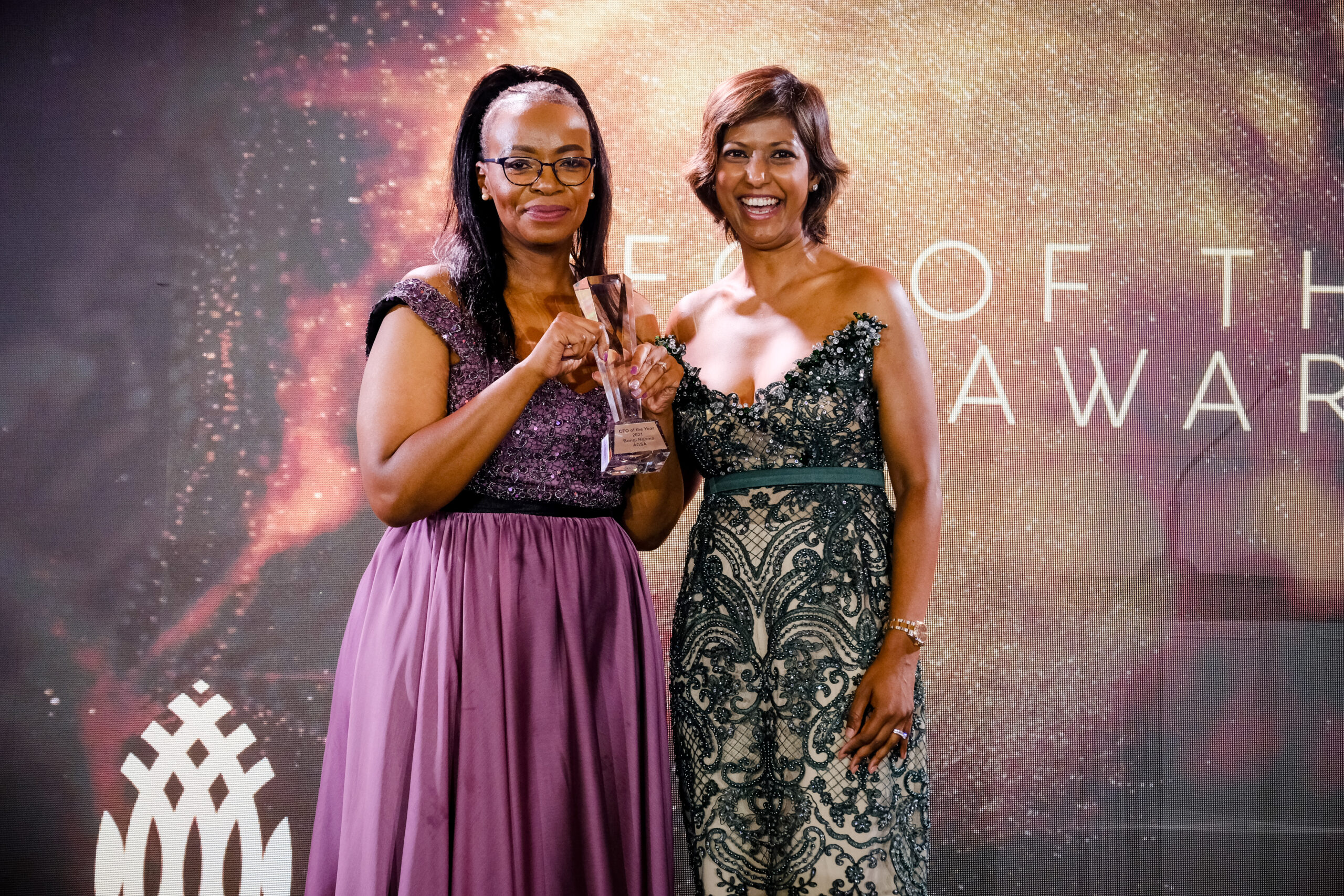 The big winner of the night was Bongi Ngoma, national head of audit (and previously CFO) of the Auditor-General of South Africa, who was awarded the highest honour of CFO of the Year 2021, a first such accolade for a CFO in the public sector. She also walked away with the Public Sector CFO of the Year Award, and the Transformation & Empowerment Award.

“I am speechless,” Bongi repeated three times. “Thank you to CFO South Africa, my team, and to all the CFOs out there. I dedicate this Award to all the CFOs who excelled in what they did this year, especially in the public sector, which isn’t easy to operate in.” 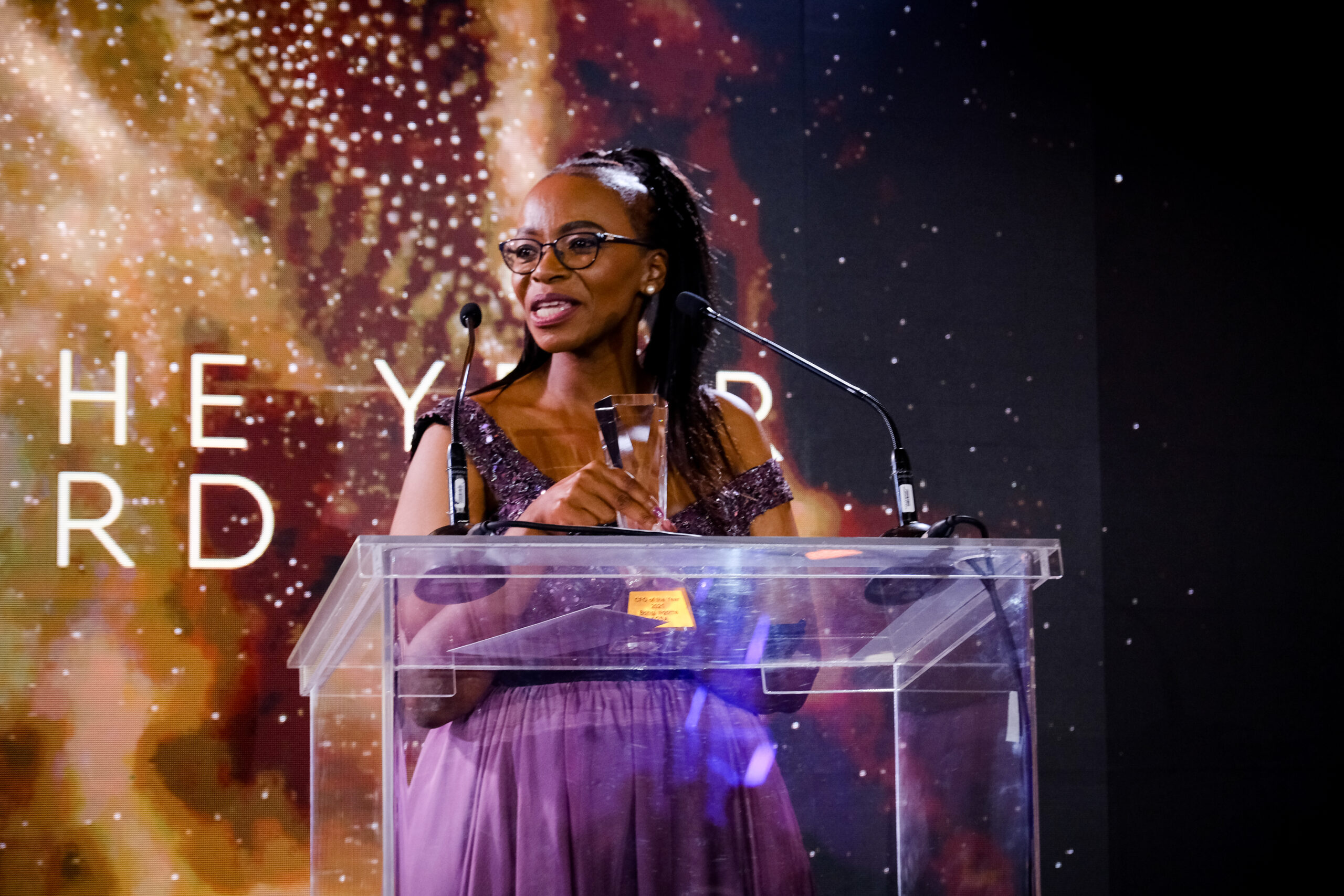 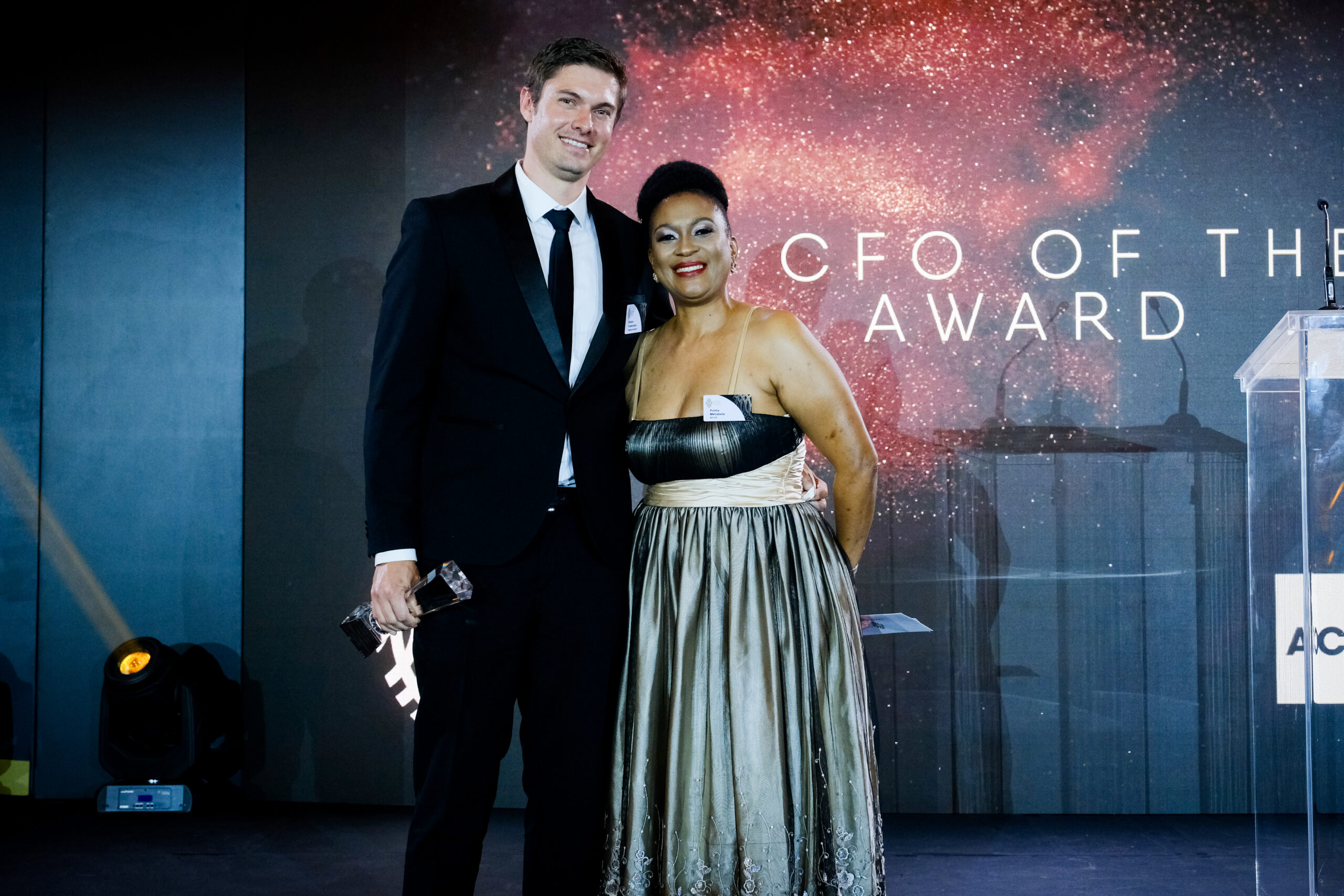 Sheldon Fredericksen, Fedgroup CFO, was another overall winner, receiving the Young CFO of the Year Award, presented by Portia Mkhabela, market head at ACCA South Africa. “You know what they say, it takes a village,” he said, acknowledging the support of his team and colleagues. 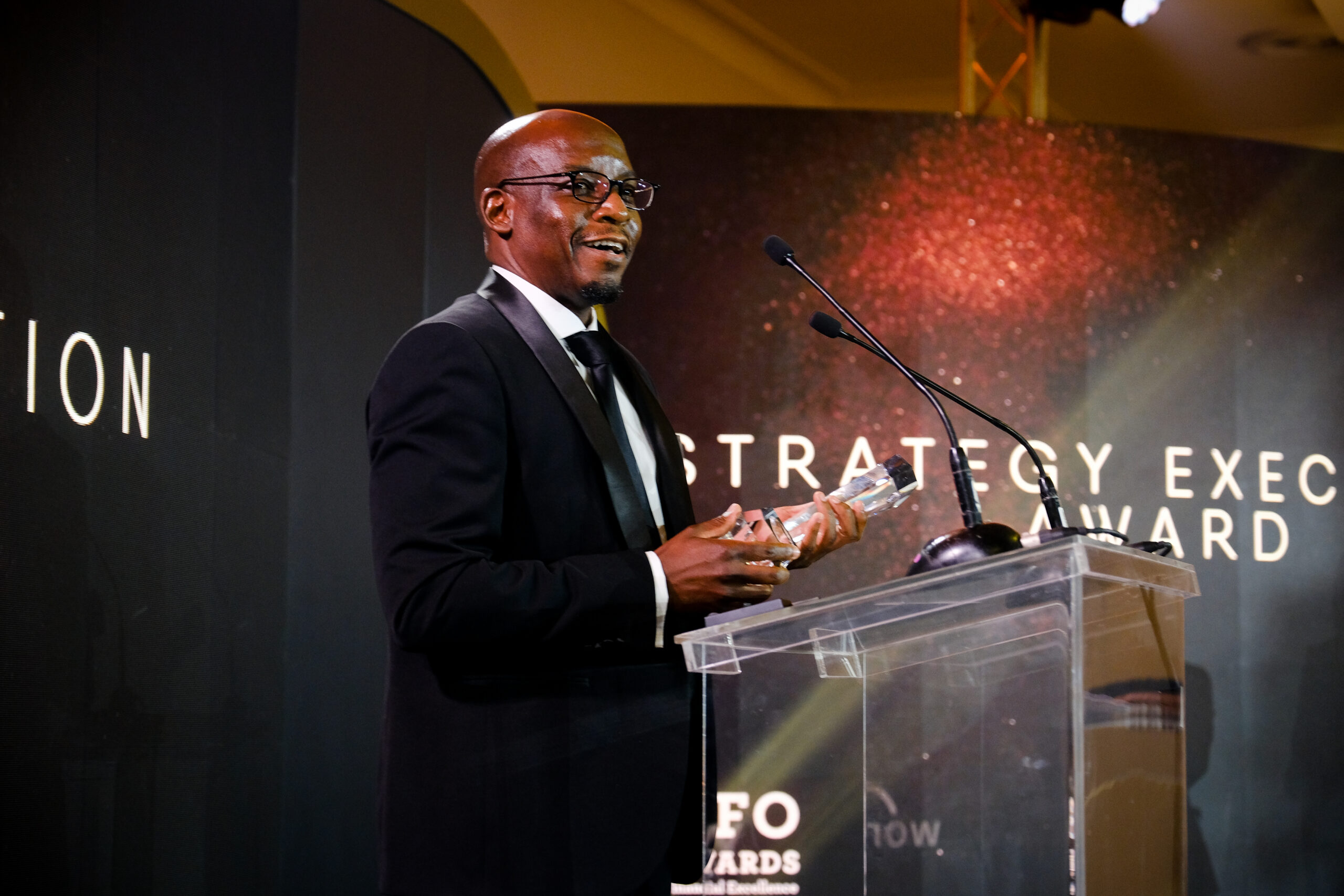 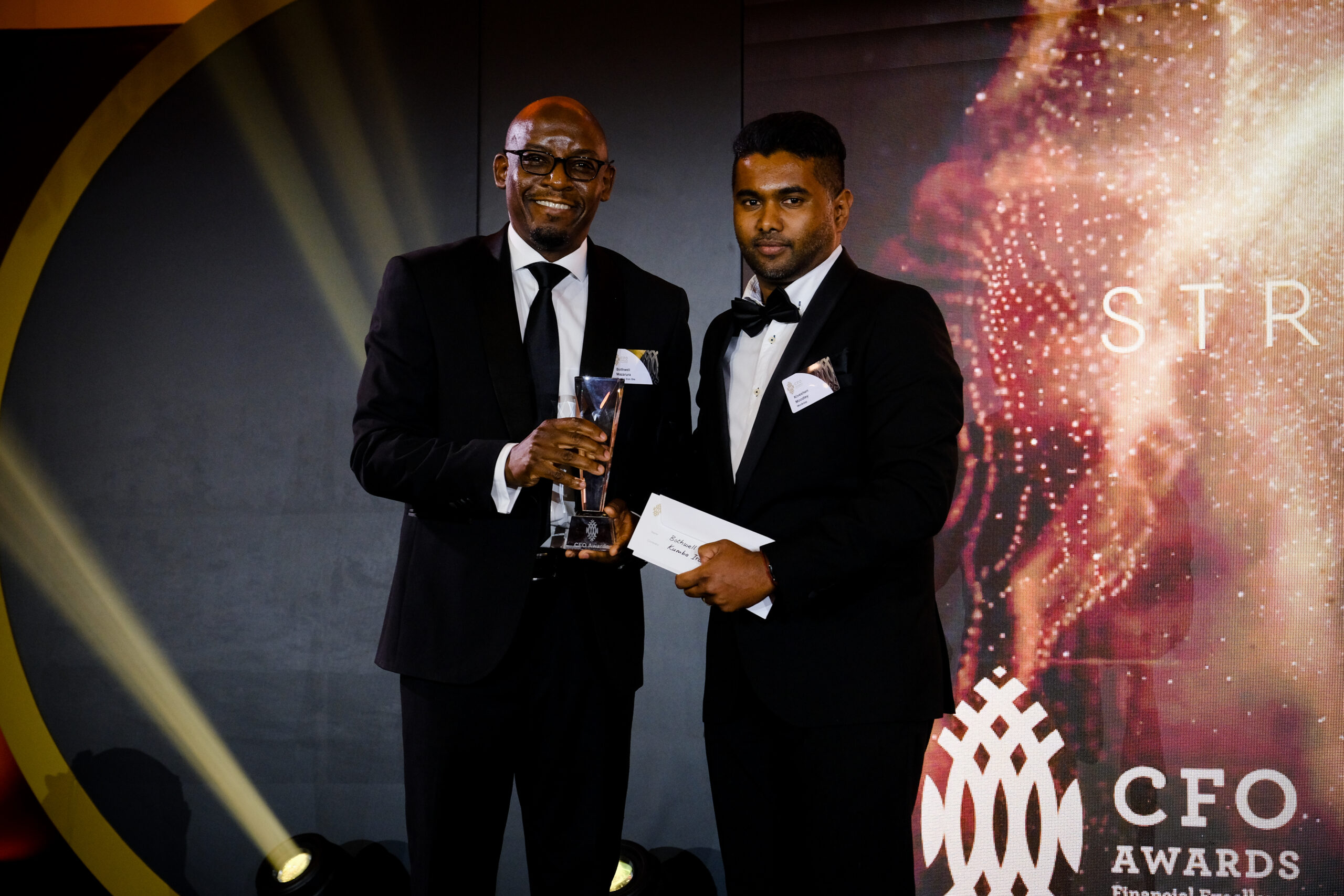 Bothwell Mazarura, Kumba Iron Ore CFO, was awarded the Strategy Execution Award, presented by recently appointed Workday country managing director Kiveshen Moodley. “I would like to share this achievement with all of the CFOs here this evening, who have had to execute strategies like never before over the last two years.” 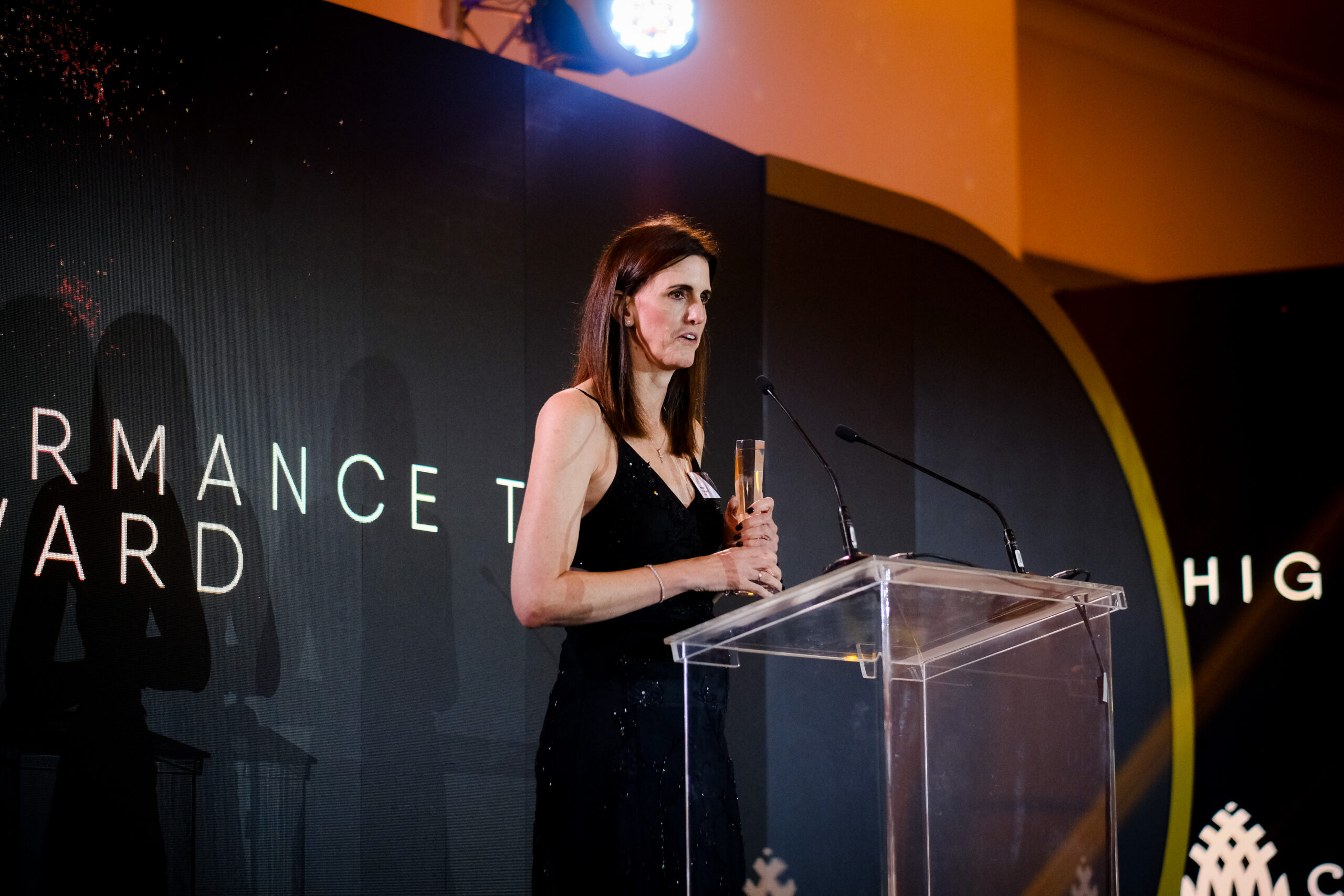 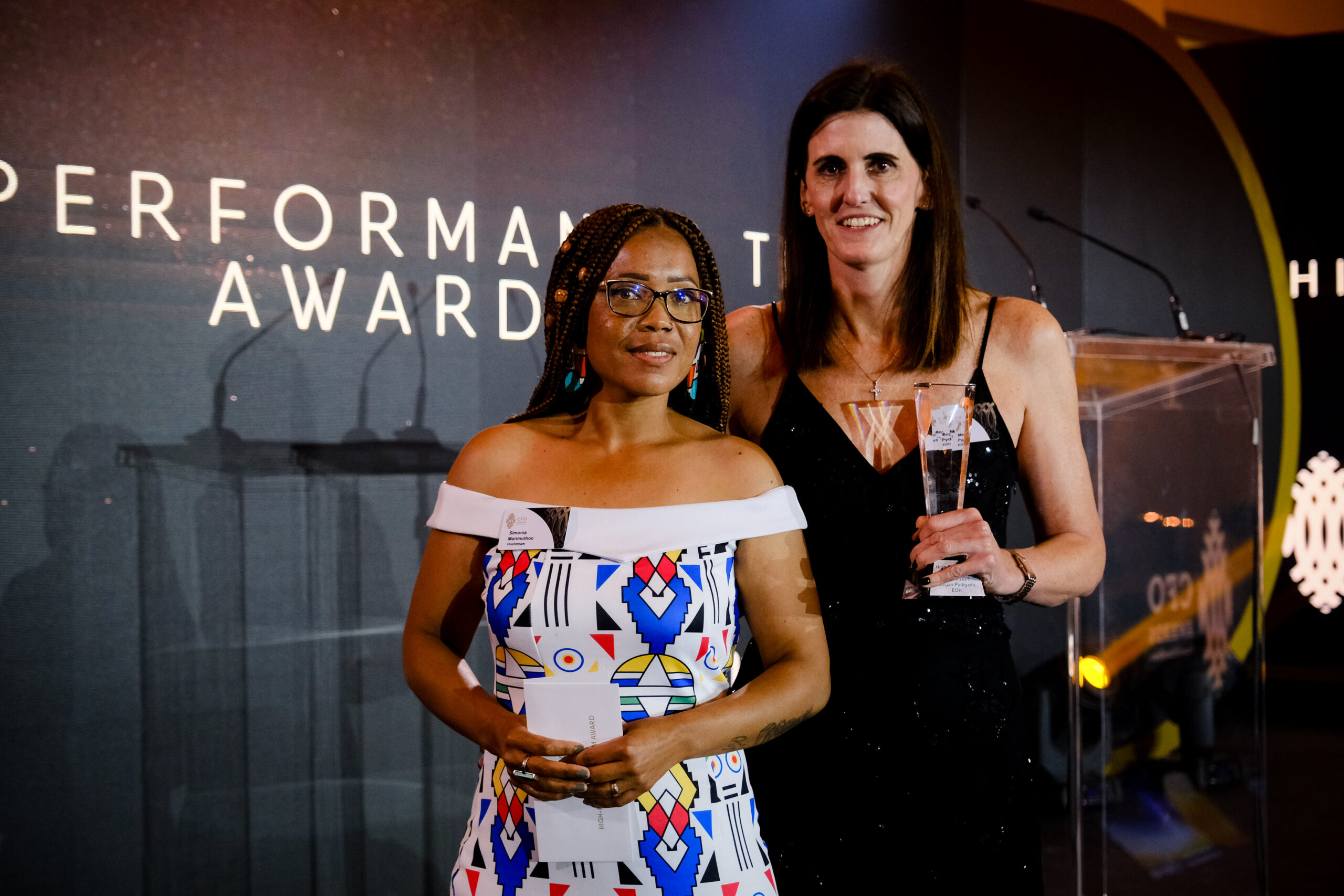 The High-Performance Team Award, presented by OneStream account manager Simonia Marimuthoo, went to EOH group finance director Megan Pydigadu. “This achievement wouldn’t have been possible without my team, quite literally. They are truly the stars of this Award,” she said. 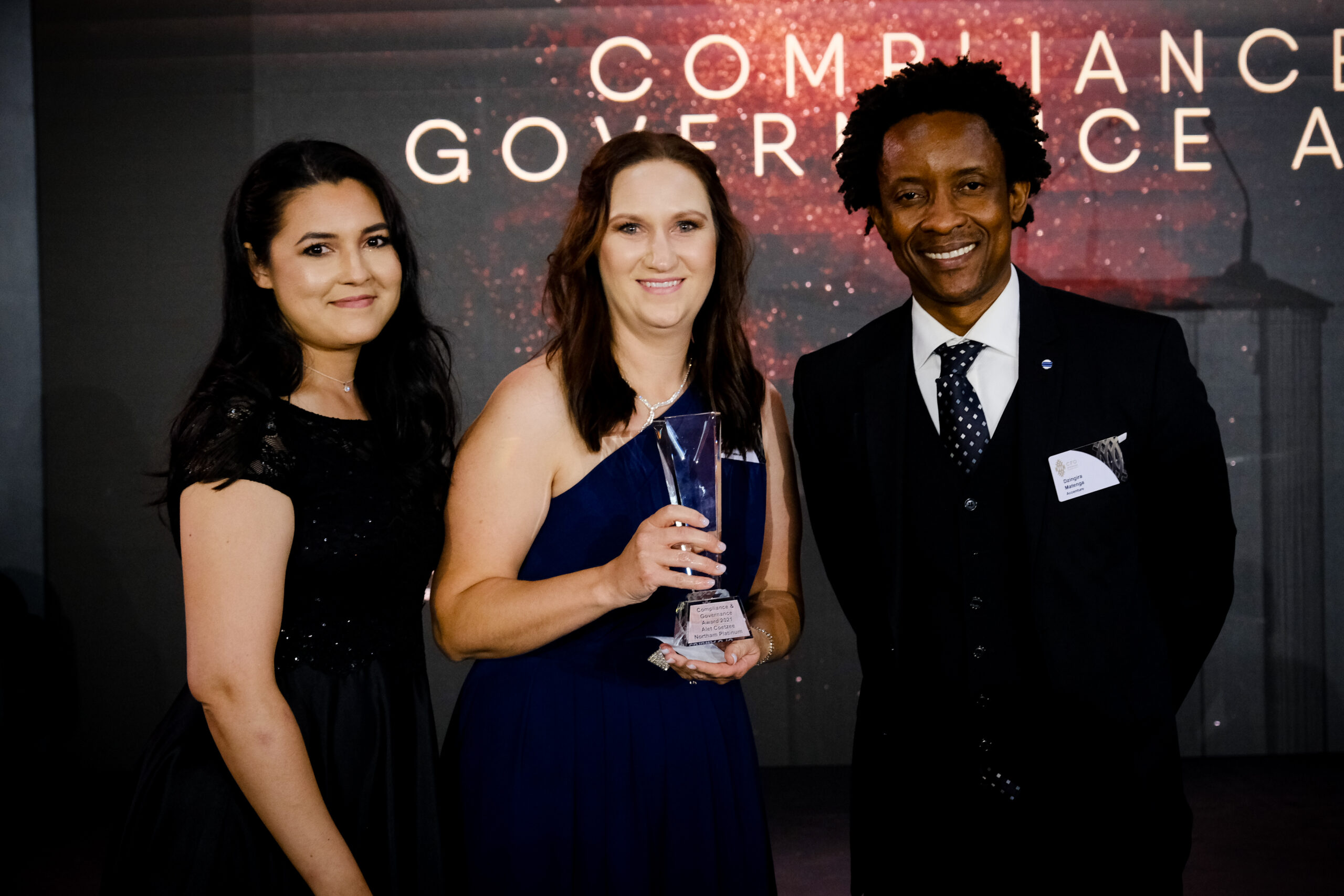 Alet Coetzee, Northam Platinum CFO, won the Compliance & Governance Award, but was unable to attend the event. Instead her right- and left-hand women, Nabeelah Cassim and Janri Rieckert, received the Award on her behalf, from Accenture MD Dzingira Matenga. 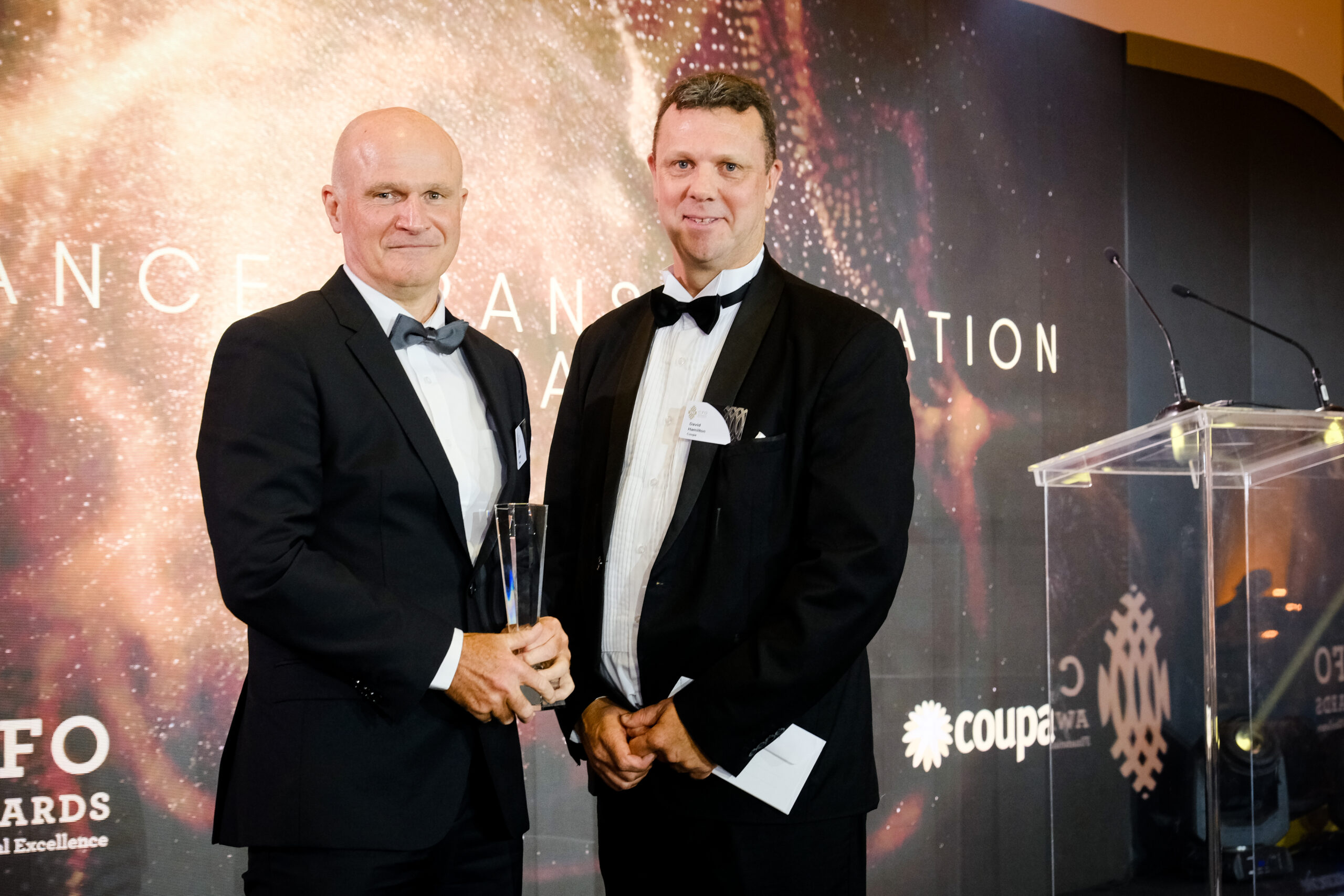 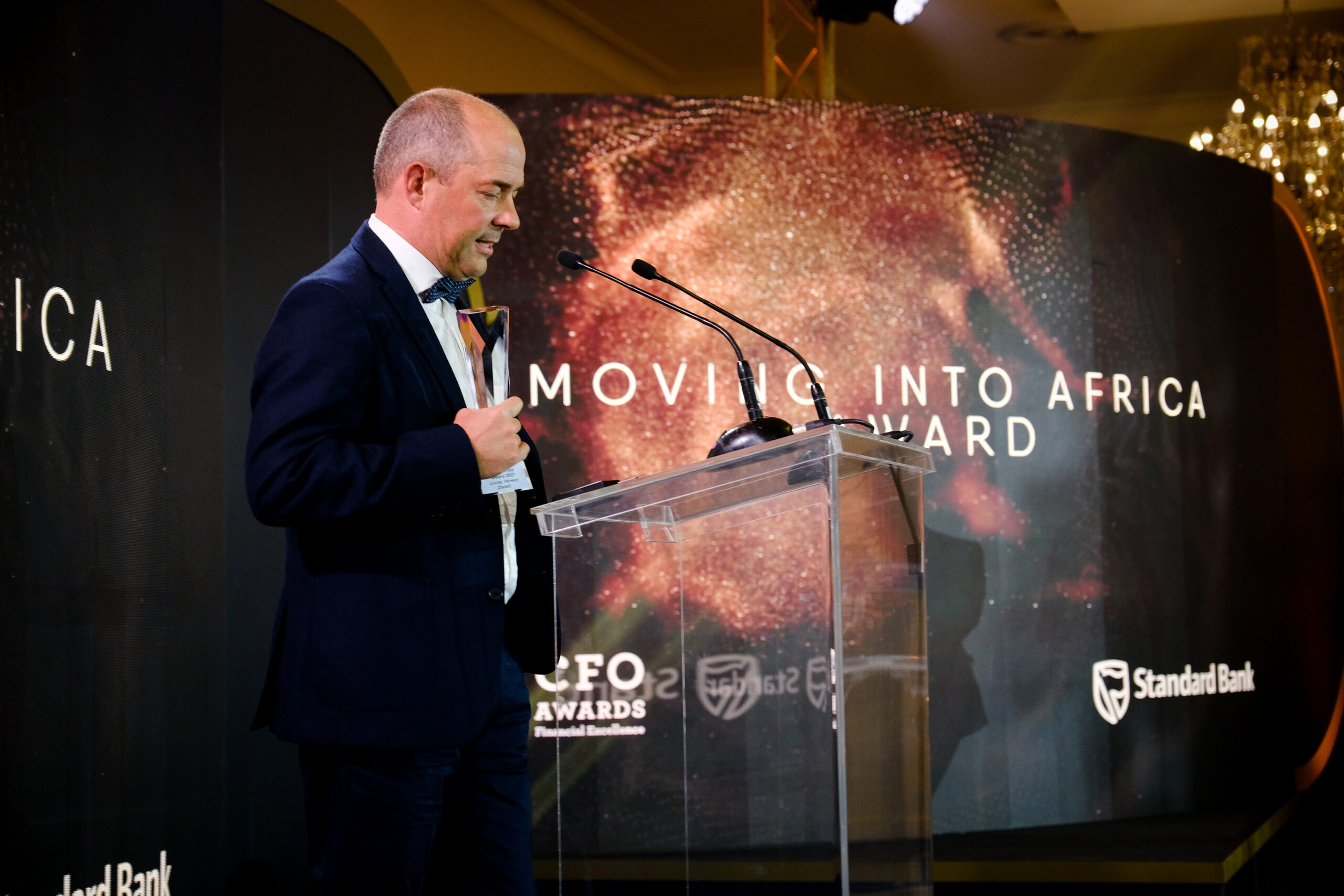 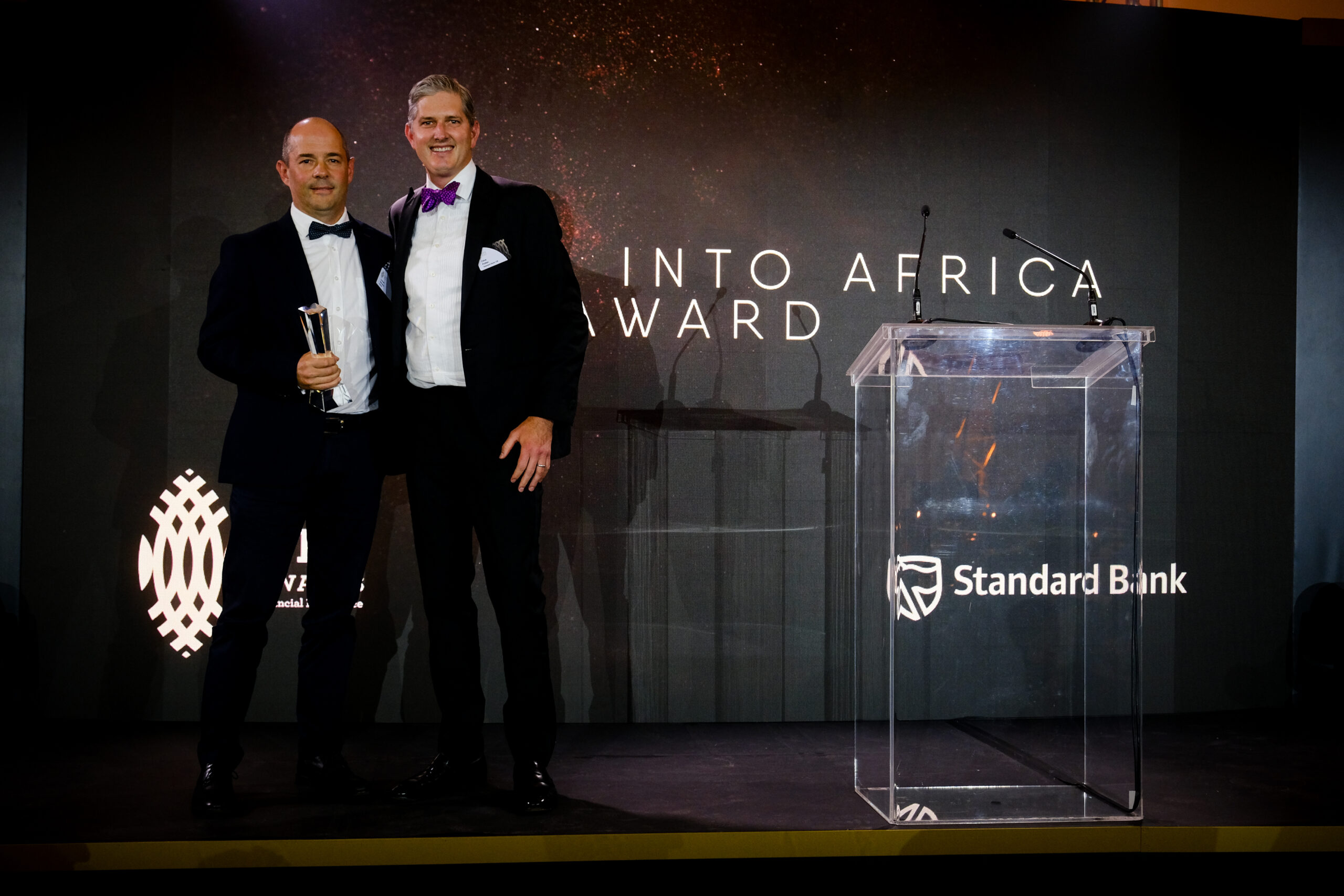 “I am so proud to be able to say we successfully navigated Covid-19. We persevered. But I would also like to share this award with, and acknowledge, all of those we lost over the last year,” Lucas said. 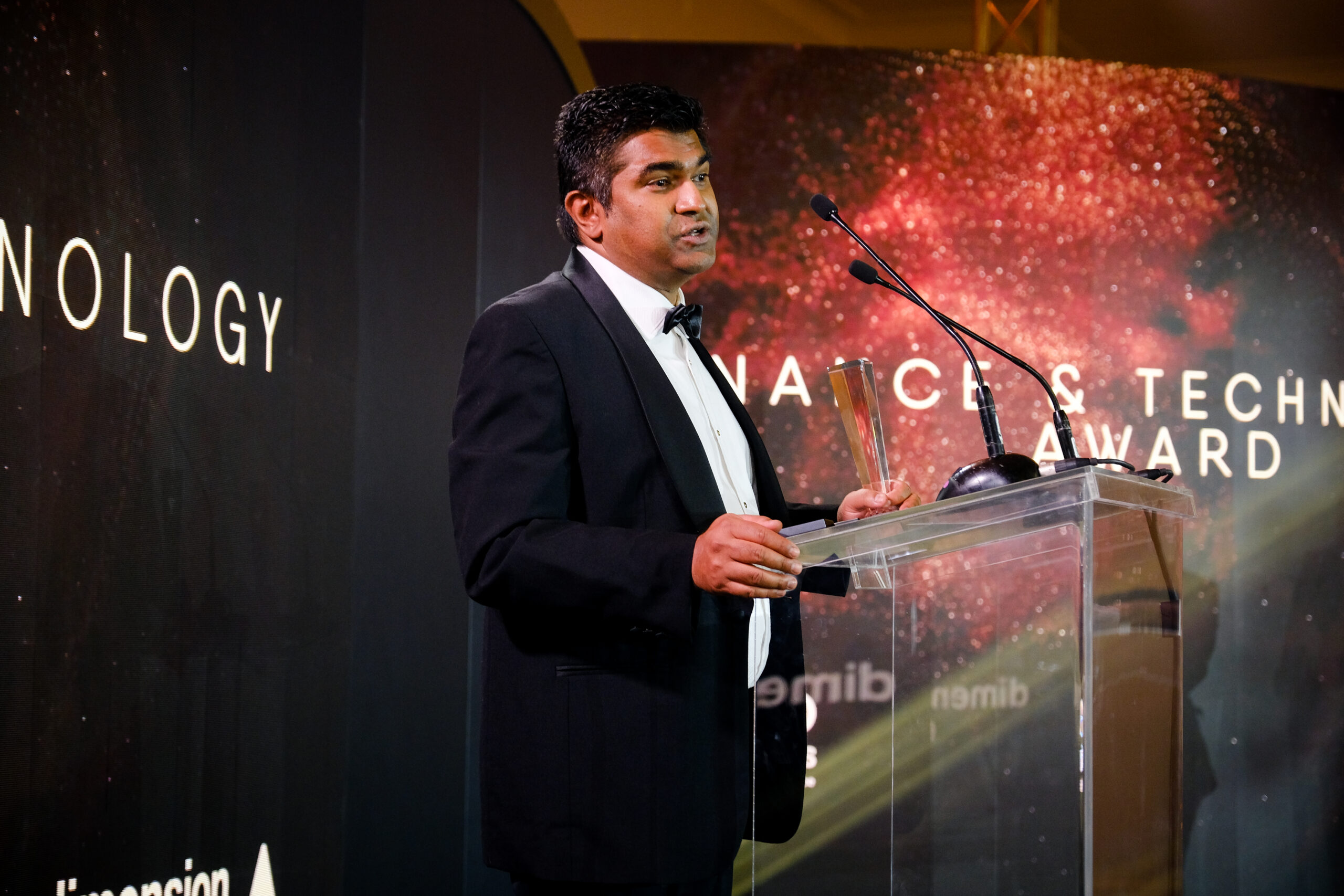 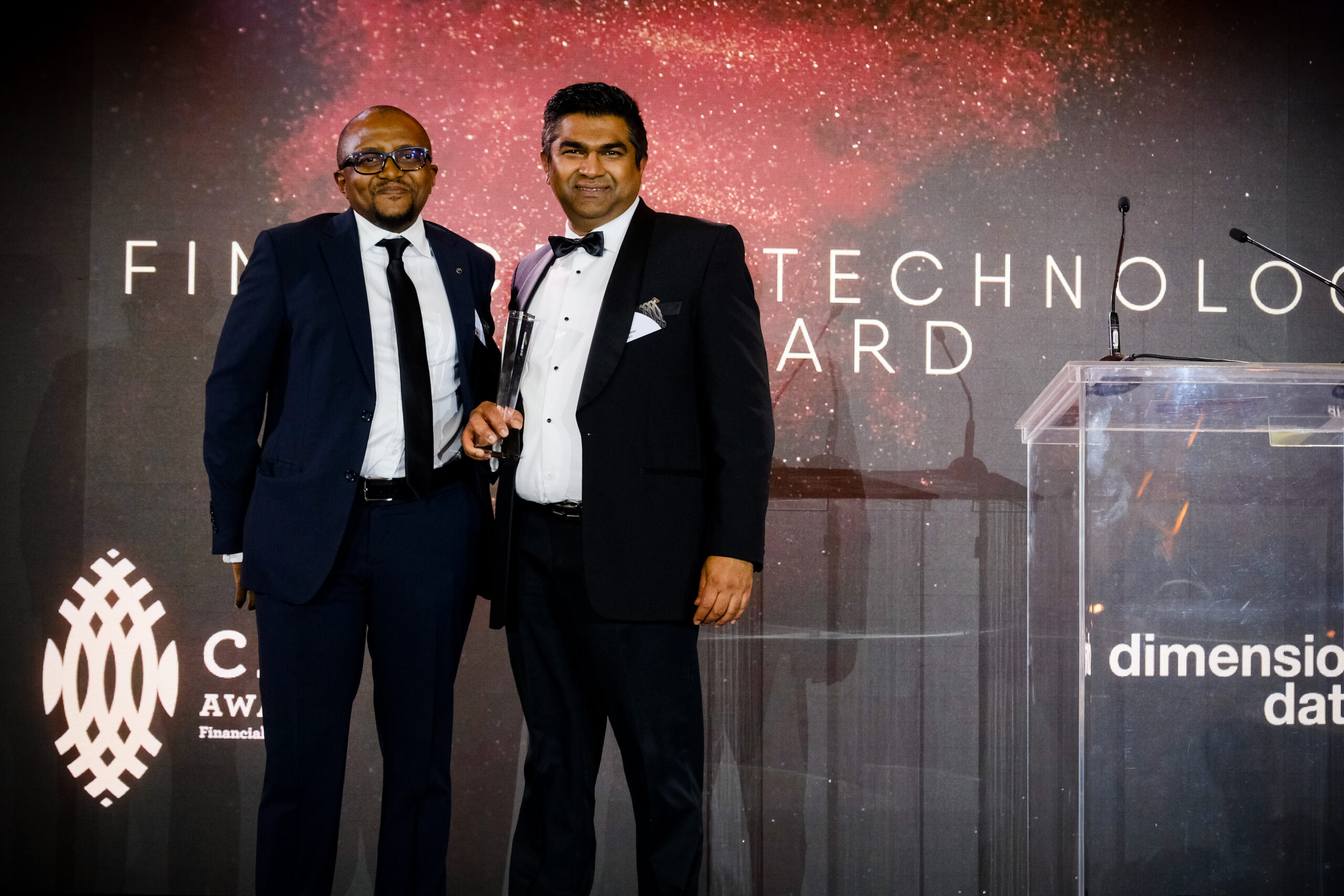 “Technology is important for any business or organisation to be successful, not just for the finance teams,” Mark said. “A lot of CFOs tried to achieve their best this year, which is what we are celebrating today.” 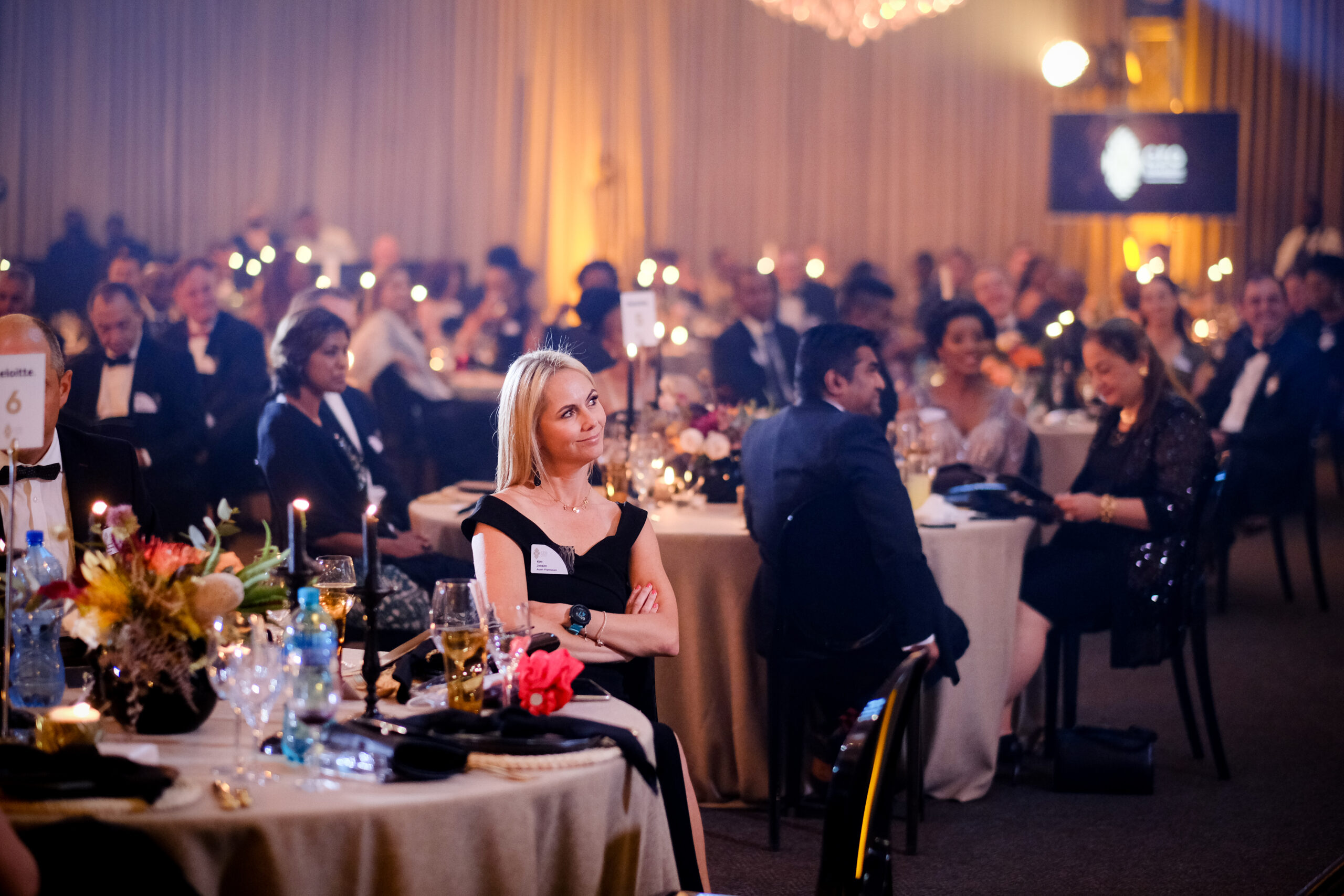 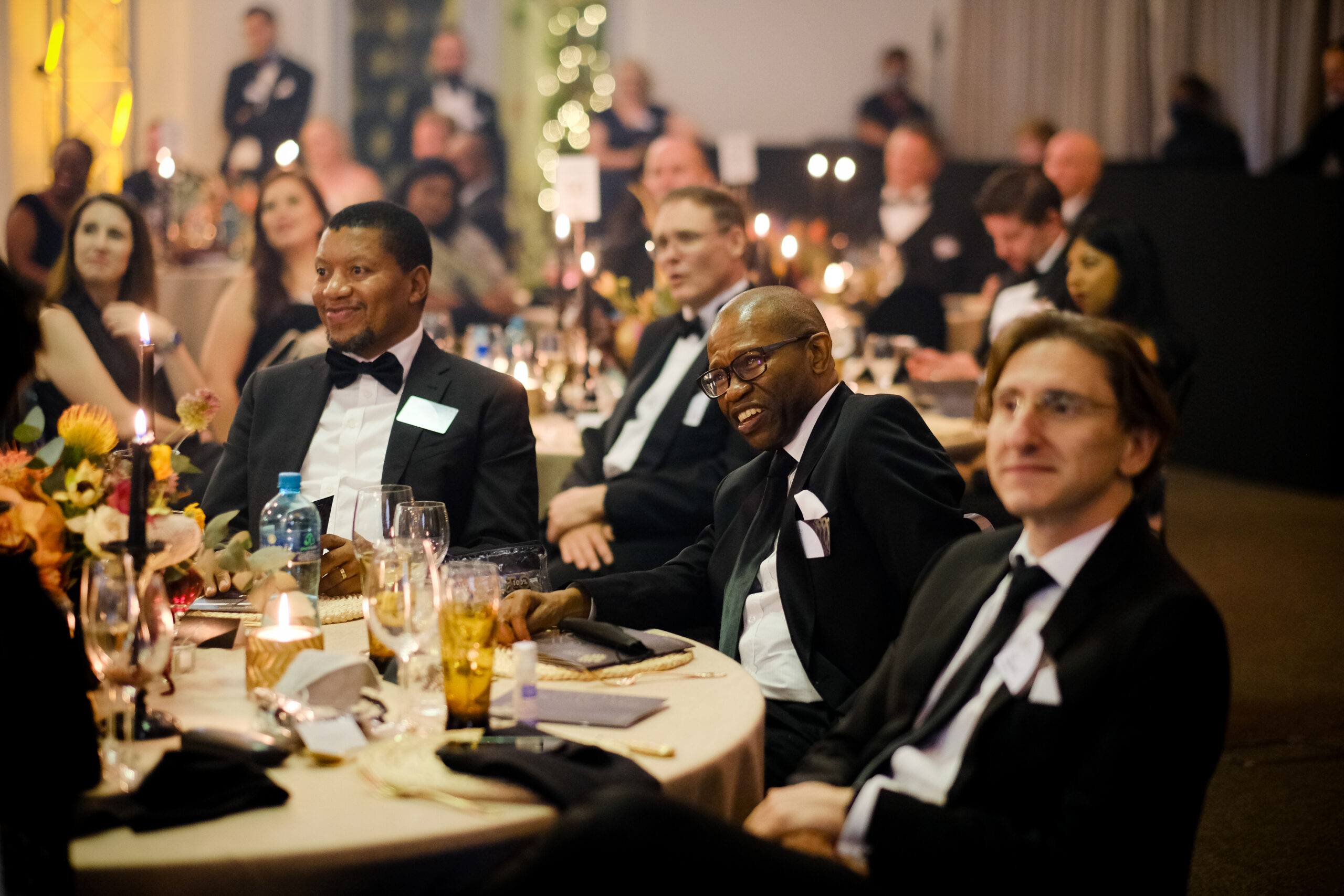 Following a decadent dessert, the guests all gathered on the patio for their last rounds of drinks, congratulating the nominees and the winners on their achievements of the evening.