Raisibe Morathi has been the group chief financial officer of Vodacom since 1 November 2020.

Raisibe has been serving as the group CFO of Vodacom since 1 November 2020. Prior to this, she served as the CFO at Nedbank since September 2009 and was charged with driving transformation in the finance division. Over more than 15 years in the financial services and insurance industries, she has served in a number of senior positions at the likes of Santam, HSBC, AMB and the IDC. She was also an advisor to the government.

Raisibe is a chartered accountant with a certificate in advanced management from INSEAD in France and a higher diploma in taxation from Wits University.

Raisibe was nominated for the CFO Awards in 2015 and 2017 for her role as Nedbank’s CFO. She currently sits on the panel of judges for the CHRO Awards – a role that she has found rewarding. 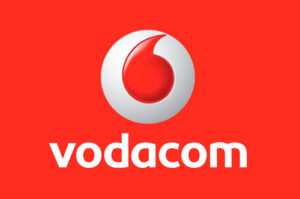 5 CFOs unpack the importance of stakeholder management during crisis

Raisibe Morathi and others say CFOs need to work closely with their stakeholders to navigate a crisis.

Raisibe will be taking over from exiting Till Streichert as Vodacom group CFO with effect from 1 November.

Mike Davis has been appointed CFO-designate and will take over as CFO from 1 October.

Raisibe Morathi: Set yourself a goal and you'll probably achieve it

Whether she's running Nedbank Group finance or a marathon, Raisibe Morathi gets the job done.

Nedbank CFO Raisibe Morathi has been nominated for a CFO Award in 2017, following her nomination in 2015. The annual 'Oscars for South African CFOs', to be held on 11 May, recognises CFOs of listed companies, large corporations, state-owned entities and government institutions and awards them for outstanding performance and leadership.

Raisibe Morathi - CFO Nedbank: `The strategic role of a CFO has a significant scope`

Being a woman in such a 'powerful' position is still somewhat 'different', as she experiences. "It will never go away so I do not spend my life stressing about things I can never change no matter how I wish to." And powerful, she is.