About his appointment, Carlos said;

“I am very thankful to juwi for trusting my capabilities to assume responsibility for this position and I am looking forward to continuing contributing to the juwi Group as EMEA finance director. It is an exciting time with lots happening in South Africa, Greece and Italy. I understand that this role will come with major challenges and added responsibility, but we have a very capable finance team across the business unit which will make my task much easier.” 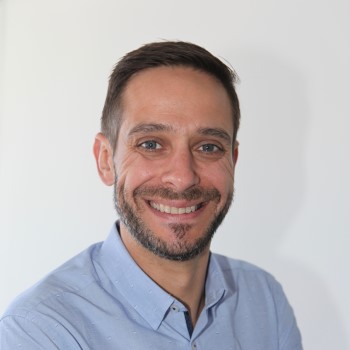 Carlos joined juwi South Africa in 2019 as the CFO. He later assumed responsibility for the EMEA cost controlling function.

The appointment, which came into effect on 1 December, saw Carlos take on his new position after the company identified a need for the role. “Given the current market and growth expectation within the EMEA region the need to fill the vacant EMEA finance director role has become more acute. It was therefore a natural progression for Carlos to occupy that role, also due to his proven capability as a valuable team player within juwi,” the company said in a statement.

Carlos is a finance professional with a solid accounting and audit background, reporting and financial experience in an international environment, as well as having extensive experience in project finance, cash flow management, budgeting and forecasting. His renewable energy experience was gained at Abengoa Solar in Spain and in South Africa, where he was instrumental in setting up the office and finance function in his role of CFO. He holds a business administration degree specialised in accounting and auditing.

“In the relatively short time that Carlos has been, firstly, a key part of the South African management team and more recently with an expanded EMEA scope with respect to cost controlling in the region, he has added tremendous value not only on the financial management and reporting side but also due to his keen interest in and contribution to the commercial aspects of our business. I look forward to the ongoing engagement with Carlos in the EMEA region, and wish him the best success in this role as EMEA Financial Director”, says Greg Austin, VP of renewable energies EMEA at juwi.

The company also announced the appointment of Richard Doyle as its new MD for South Africa.

David will be taking over from Coen Jonker, and will move to the company’s head office in Singapore.

Cobus has a strong background in investment management in the energy and resource industries.

Kyle, who previously served as the e-commerce business’s finance manager, has been promoted.

Rob now serves on the Frontier board, as well as on the Impact Oil and Gas and Tsogo Sun Hotels boards.

Raluca takes over the CFO responsibilities from Irina Girgore, who has been promoted to CEO.