During a riveting Sage event, finance and IT leaders were entertained, educated and inspired by two of Cape Town’s most knowledgeable CFOs and South Africa’s number one Internet of Things (IoT) expert.

After an illuminating introduction by Sage host and Executive Vice President, Pieter Bensch, one of South Africa's most influential leaders in the technology space, attendees were in for an event of an extraordinary high level.

"Digitisation might not be affordable today, but we're in the starting blocks and when it becomes more affordable, we'll be ready," Ronel van Dijk, Spur CFO said on Friday 3 November at the event Embrace your Digital Destiny with Sage Business Cloud at the plush luxury resort One and Only at the Waterfront in Cape Town. "I have bad news for you," Nico Steyn, CEO IoT.nxt interrupted. "The shot has already gone off" 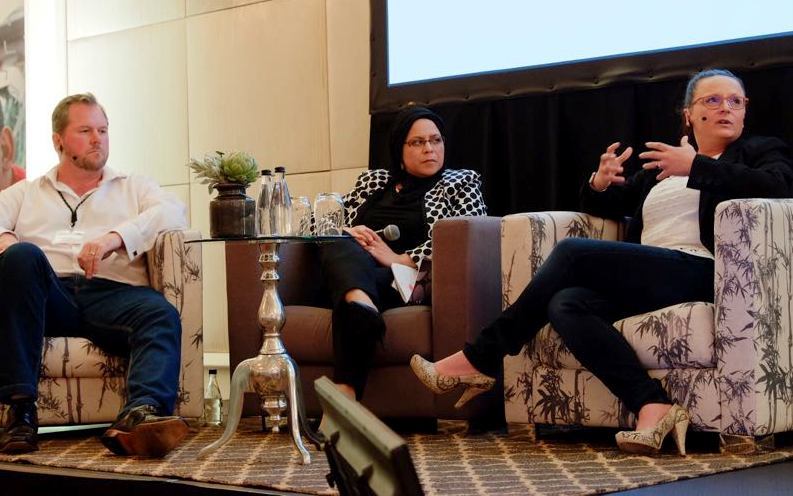 Nico is South Africa's foremost expert on the Internet of Things (IoT) and during a keynote he took the audience on an eye-opening journey full of examples and anecdotes. Highlight of the afternoon was the subsequent panel discussion with Nico, Ronel and Narriman Taliep, CFO of the V&A Waterfront. The conversation was powerfully moderated by CFO South Africa's MD Graham Fehrsen, who - over the last few years - has developed into the community building darling of South African business.

The CFOs agreed with Nico that digital strategy doesn't need to feel like "wrestling a crocodile". Said Nico:

"Digitisation is as simple as determining where your business is, where you want it to go, and what needs to happen to get you there. It is not about re-engineering your business." 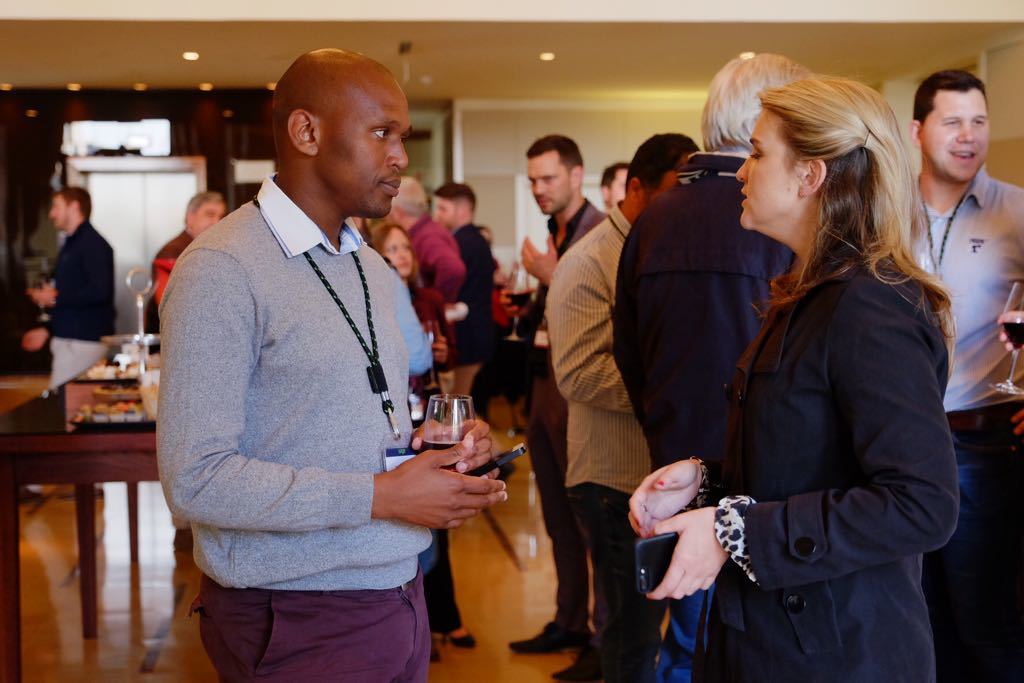 Both CFOs shared how their organisations are embracing change and implementing digital strategy. "For Spur, digital strategy is not only about food. It is about the customer experience. If people only wanted food, they could go to any grocer. We use our loyalty programmes to determine who our customer is, what our customer likes, and what we can do to ensure that they return," Ronel said.

Narriman shared a similar digital strategy for the V&A Waterfront:

"We deploy digital strategies to create a fantastic customer experience for V&A visitors. IoT allows us to determine where customers come from in a less intrusive way by means of focussing on the demographic, and why they visit the V&A. We want to create an entirely free Wifi space, but the cost of data is extremely high. We're working with the City of Cape Town in their pursuit to build a smart city to ensure better technology infrastructure - like Wifi." 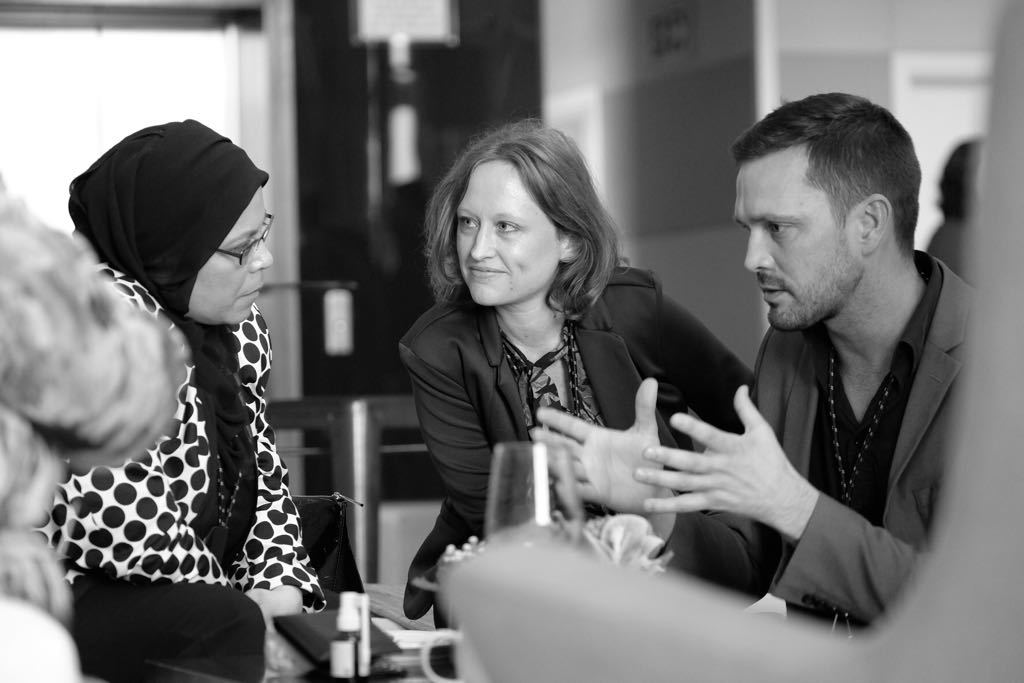 Nico was quick to reassure CFOs in the audience that digitisation does not mean spending more money. "You're already spending money. Consider the cost of the platforms in use. Consider the reputation cost. Digitisation is about using the platforms that you already have." Ronel agreed and alluded that companies have a long way to go, "we're using so many different platforms. IoT and digitisation can allow us to overlay our platforms, extract data from the bigger picture and create holistic solutions which in turn create value."

When asked by Graham how to change attitudes towards IoT and digitisation, Nico answered:

"Start with leadership. Leadership needs political will to start looking at different innovations. Make a start. You don't need to get it right the first time. If you fail, try to innovate and move forward. But don't start with the Hippos. Hippos are those who have been around the longest, they're grumpy and they crap in their own water. Hippos dominate the younger guys with different and unconventional skills. Life has changed and for hippos this is difficult to accept." 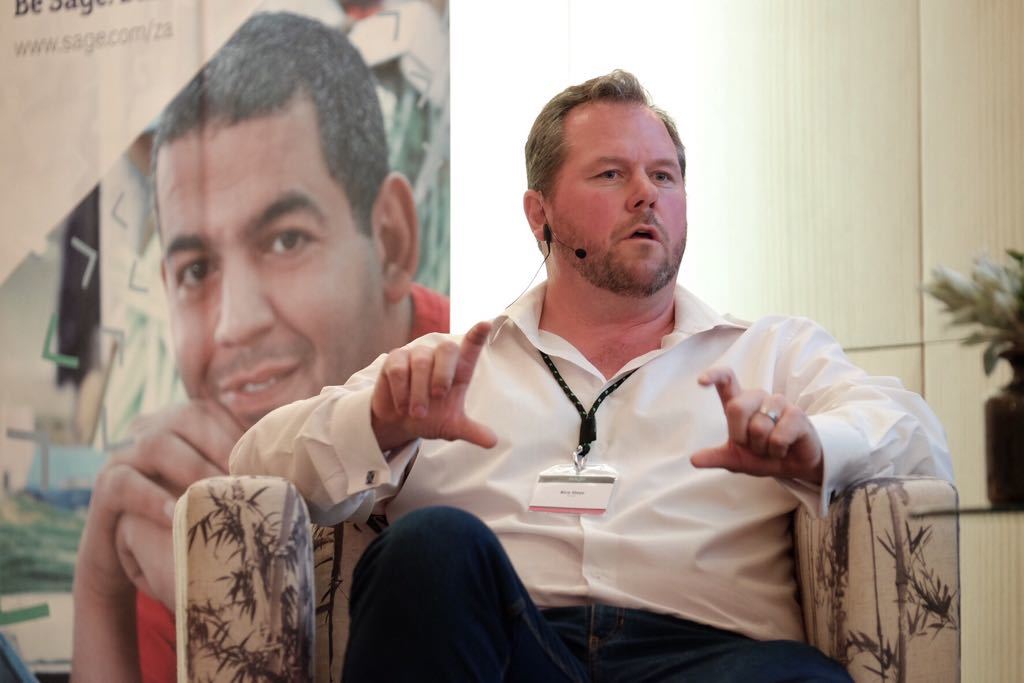 In his keynote address Nico advised CFOs and CIOs to start digitation sooner than later, again highlighting that it's not complicated. "Find something where you can switch on the lights and do a thin slice implementation. And don't deploy if it doesn't make a difference to the bottom line." Nico also emphasised that digitisation is driven by strategy and that solutions need to be agnostic to specific technology. According to Nico inhibiting factors to IoT and digitisation includes: 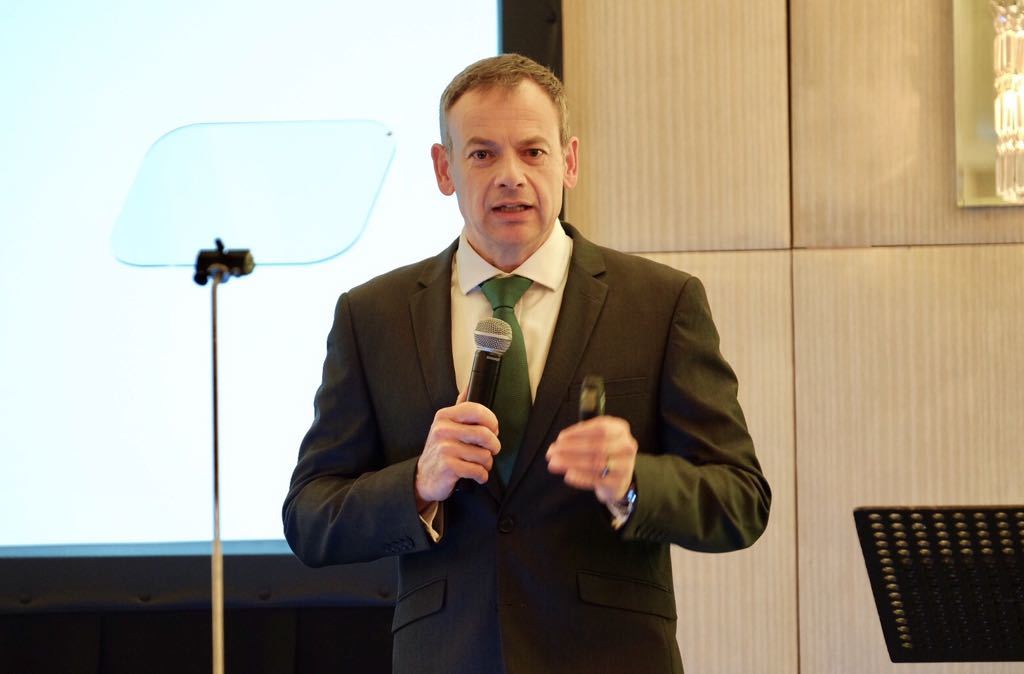 Earlier that afternoon, Sage's Pieter Bensch had shared some fascinating insights into the world of the software and services giant. "If you don't think digital - someone else in your industry is thinking about it. And it will be very clear one morning when you wake up to another Netflix story," he said. "IoT is critical. Automation is critical. And these two go hand-in-hand."

"We're at a critical point in our journey as companies on this continent," or at the foot of the summit, Greg Palmer, Sage Regional Sales Executive said. Companies can bridge the three paradoxes of a non-digital world, balancing standardisation with empowering people, control with innovation and orchestration with unleashing potential, through digitisation. This will result in a fully connected Africa and a radical shift in how organisations sell, provide services and ultimately how they make money.