On Thursday 19 November at The Turbine Hall in Newtown, CFO South Africa held an event (which company managing director Graham Fehrsen later promised would become an annual on the events calendar), asking what CFOs and entrepreneurs can learn from each other. The master class sparked lively debate, the full audience frequently erupting in laughter.

Read the full report on the event later today on CFO.co.za!

After Fehrsen made the introductions, the first speaker, Sanari Capital's founder and CEO, Samantha Pokroy, got things started. She was followed by dti CFO Shabeer Khan. While the audience digested the points of view of Pokroy and Khan, Eric van Marle, VP Global Sales & Marketing at Transparent, told the intriguing tale of how he started up the South African branch of the company. Marle's CEO had told him to proceed, but that he would not be funding the office and that Marle was to "make it happen". Back in the debate ring was Telesure CFO Jo Pohl, who stuck rigidly to her four-minute time limit, before giving the stage over to global speaker Vusi Thembekwayo. 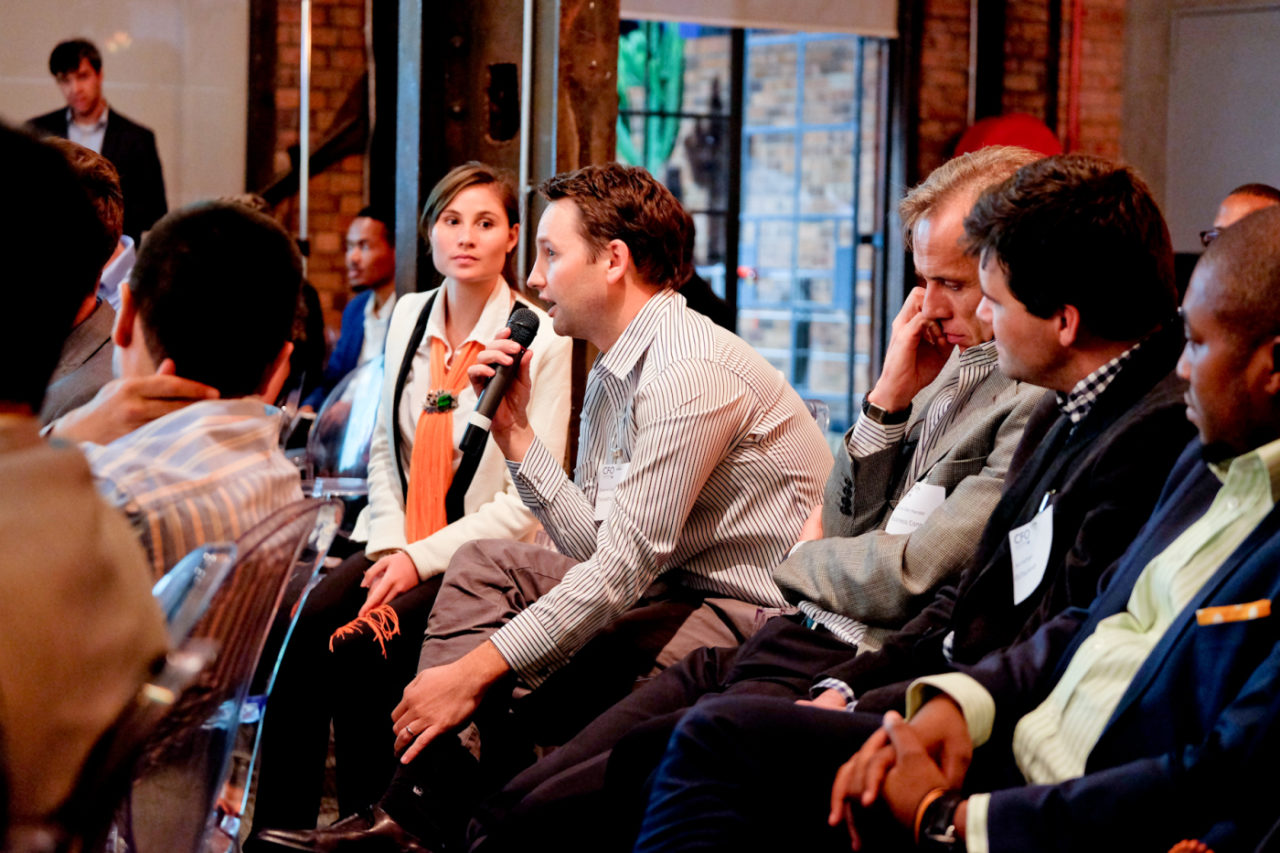 From here things really livened up, as the four debaters were joined on stage by IDF Managers' CEO, Polo Radebe, who entered the debate after telling her own tale of CFO versus entrepreneur. By now arguments (along with a few jibes and jokes) were flying freely between the participants, with Fehrsen and Radebe frequently interjecting their own relevant points of view.

For the photos of the event, please click here.