One ERP to rule them all - SAP making waves at #findaba16

“One ERP is not about creating a utopia, but using technology to create an illusion of a single interface for things like cash and shared service centre management. Robotics is fantastic – we have a lab in Germany dedicated to playing around with – but most robots today only fix things that are broken.”

Those were the words of Christian Lindholm Christiansen, Vice President Financial Management Applications EMEA at SAP. He was speaking in a breakaway session at the Finance Indaba Africa event at Sandton Convention Centre in Johannesburg on 14 October 2016.

Christian began the session by revealing that 76 percent of CFOs in an SAP study believe that half their time should be spent in high-value planning and analysis, that more automation is required and that new skill sets and capabilities were required to take full advantage of automation. Sadly, the majority of them were unable to reach their goals.

He said the idea of a single enterprise resource planning (system) had been around for over three decades, but the actual implementation was made difficult by organisational politics, the need for multiple solutions covering treasury, risk and industry-specific systems and hardware inefficiencies. Companies ultimately relied on spreadsheets to bridge the gaps between databases, resulting in auditing and timing issues. 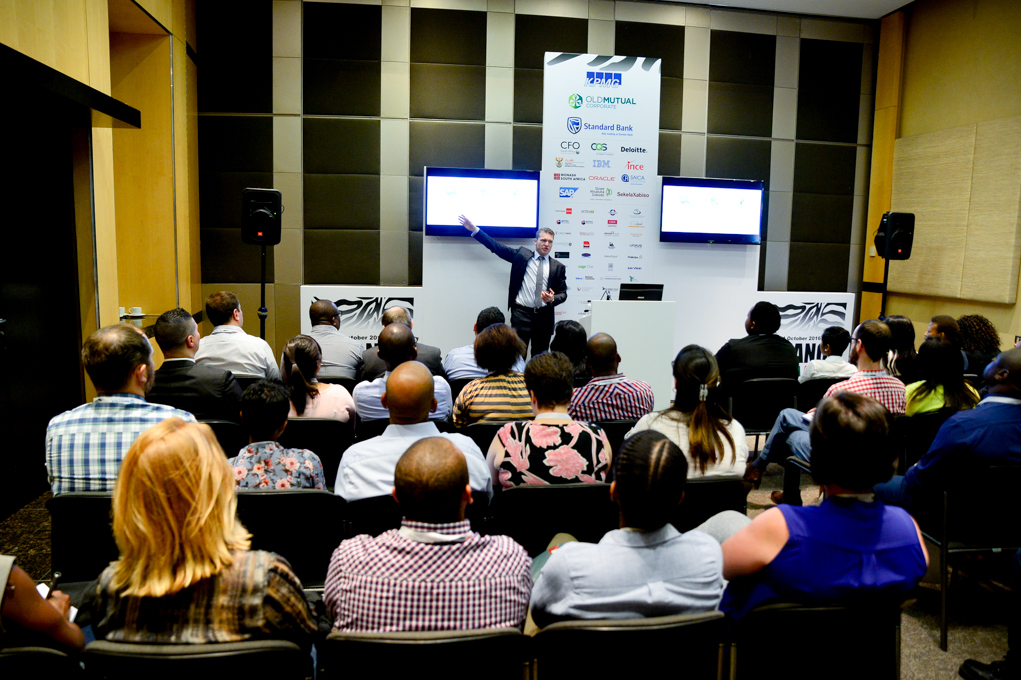 SAP's S/4HANA aimed to solve these problems. A new type of database created on the back of falling memory prices, which eliminated the shortcomings of the mechanical disk, it represented a revolution in ERP systems, according to Christian. With a "universal journal" that was able to draw from 11 sources and access to line items with a redesigned single interface and completely recoded cash management solution, S/4HANA was a real-time, flexible and powerful system that harnessed SAP's processing power, new technology and tools to create the "mother of all data warehouses", with all financial transactions recorded in a central repository.

"It is a very strong system that gives us flexibility, which we have struggled with historically. Any ERP on the market can be used with HANA system and it can be deployed immediately," explained Christian.

The business management solutions company will showcase at this year’s live Finance Indaba.