"It is our job to keep ourselves up to date so we can make the right decisions," said Oracle's Andrew Sutherland. Kicking off the inspiring Oracle Cloud Day, which included valuable lessons from Uber, Intel and Cell C, his presentation revolved around 'transforming your tomorrow' and the ways in which IT is being used to create true business disruption.

"Information increases exponentially in value the more there is of it," said Sutherland, who is senior vice-president technology and systems at Oracle Europe. He spoke about the value of information, cautioned the crowd against operating in silos, and emphasised the need for different functions to work together.

With nearly 300 attendees gathering for the Oracle Cloud Day, hosted on 24 November 2015 at The Forum in Bryanston, the auditorium was filled quickly to maximum capacity. The charismatic Vusi Thembekwayo stood as master of ceremonies, warming up the crowd between speakers.

Before the day's programme had kicked off, Mike Lysko, CEO and founder of App Your Event, took to the stage to introduce attendees to the app he and his team had purpose created for Oracle for the day's event. The app received close on 200 downloads throughout the morning, with people marvelling at its ease of use, convenience and functionality, as well as live polling and digital business card features. 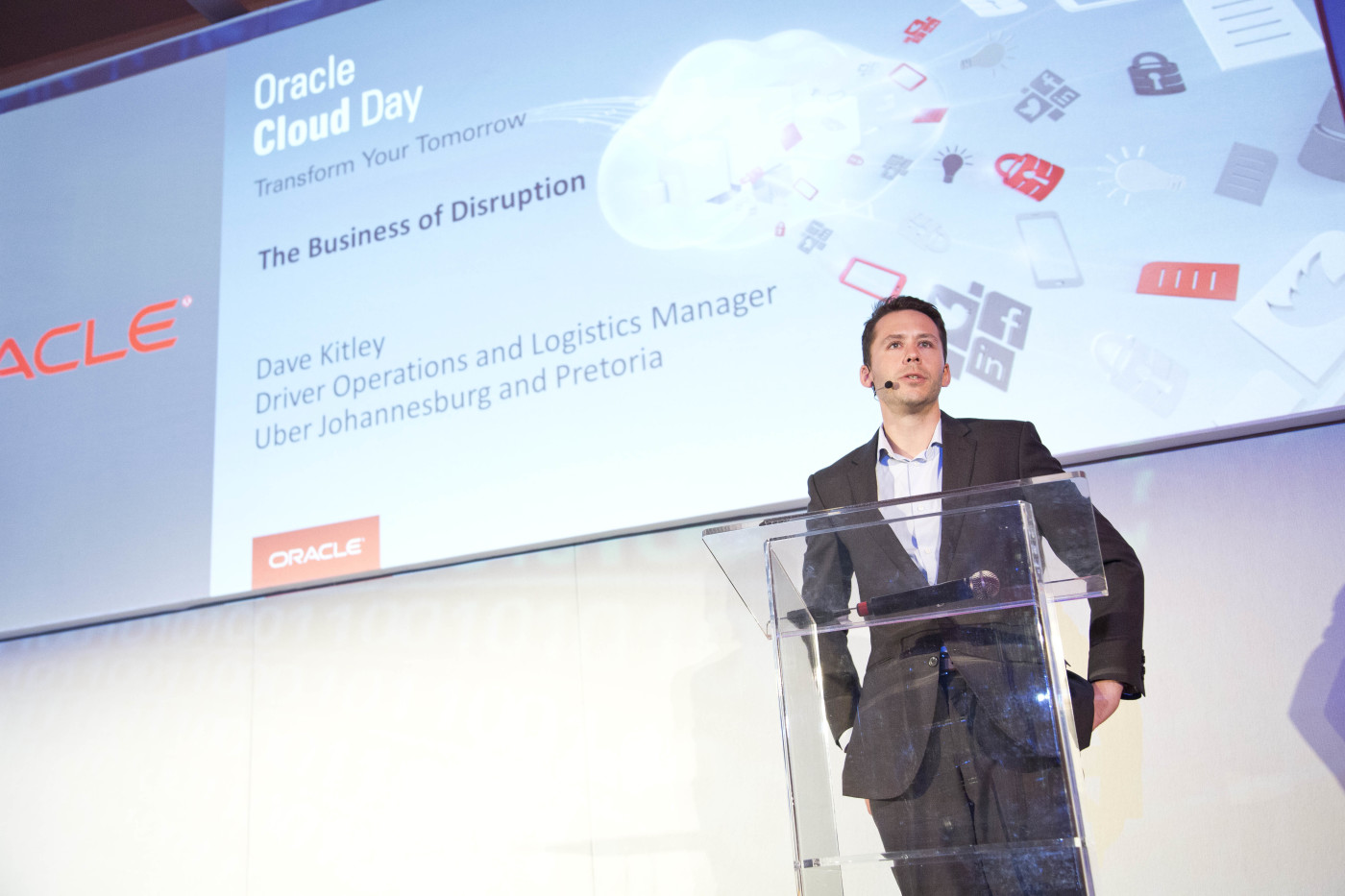 Dave Kitley, Driver Operations andLogistics Manager, Uber Johannesburg and Pretoria, was next up. After briefly introducing the Uber concept, which began purely in response to a need, Kitley explained how the platform operates - a trusted and reliable service for the user; a lead-generator and access platform for the driver or fleet owner. "It is exactly how it is in the user experience," he said. "If people see the product as reliable, that leads to more growth." In closing he said that the power of what Uber has brought to market has forced others to think about their own businesses.

According to the next speaker, Abbie Lundberg, President of Lundberg Media, the past 18 months have been concerned with the digital threat and why it is driving a need for more responsive IT. In a survey Lundberg conducted previously with one of her partners, one of the questions asked whether digital was a threat to companies' business. Some 75% of respondents answered that their company's survival was dependent on their ability to exploit IT. According to Lundberg, what cloud means is increased collaboration between business and IT. "When cloud first came onto the scene it was like salvation for business people who were champing at the bit to go out and do new things," she said, adding that she cannot emphasise enough the importance of the digital partnership. 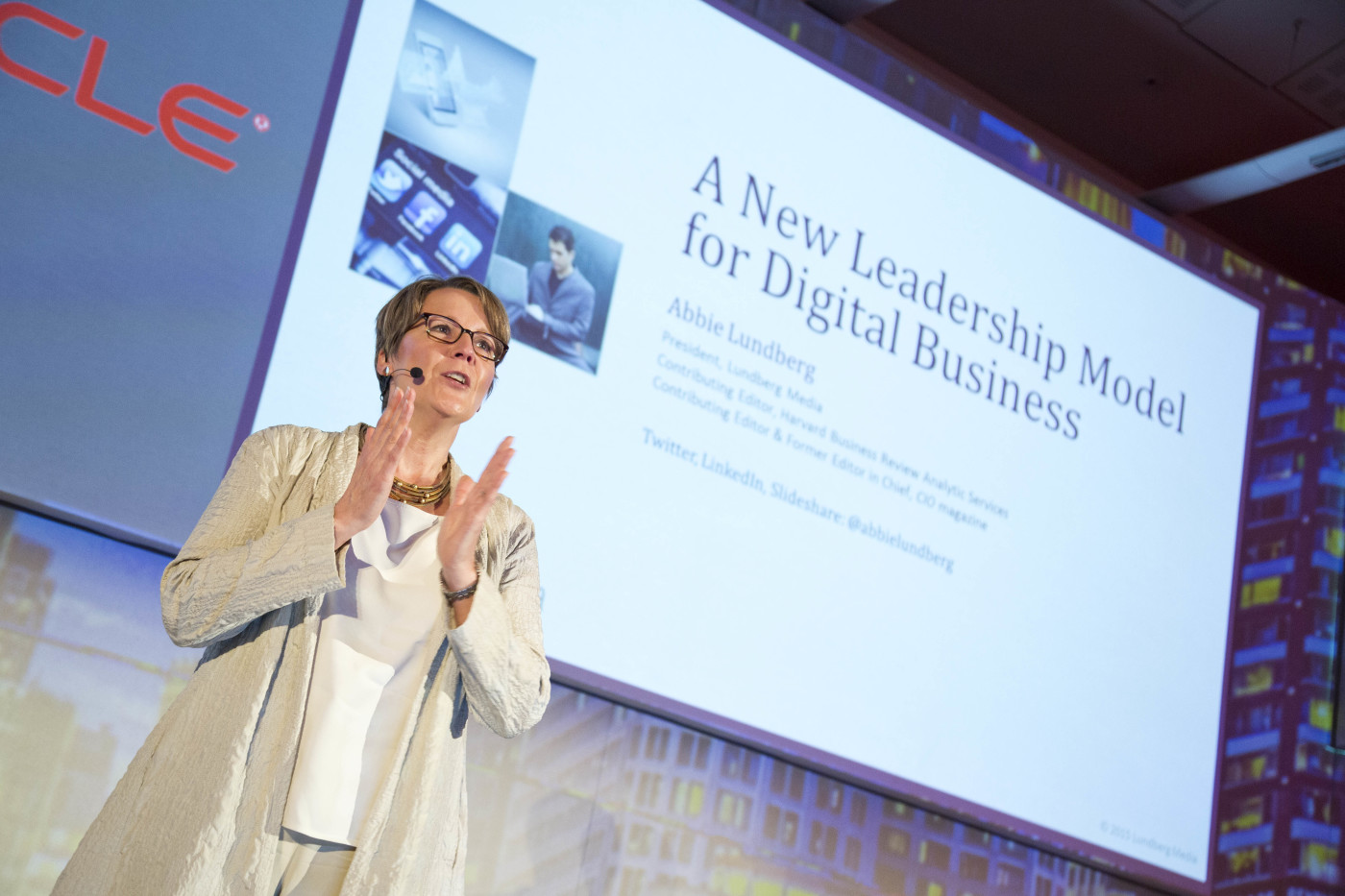 The morning's programme was rounded out by a short panel discussion on the customer and partner experience, featuring Avi Mistry, Enterprise Lead, Intel Corporation, South Africa; Carol Wright-Rogers, Executive Head Enterprise Support Systems, Cell C; and Daniel Robus, Director, Britehouse. Robus argued that people are by now accustomed to cloud, and that it is no longer a "brave new world". He added that agility must not be hampered by the IT environment. Wright-Rogers said it was initially a struggle to get customers to buy into the idea of moving to the cloud, though businesses had since come around. "A move to the cloud must be driven by business," she said. She added that IT has had to redefine itself with the change that came with cloud, and says the way teaching and training has traditionally taken place has also had to change as a result.