CFO Day entertainer Pieter-Dirk Uys had a special message for finance professionals at the event.

Pieter-Dirk Uys, the doyen of South African comedy and satire entertained the audience at CFO Day on 23 July at Marble Restaurant in Rosebank.

He was invited to perform for the audience of South Africa’s leading finance executives because his retrospective show was titled “Adapt or Dye” – echoing the CFO South Africa theme for the year: “Adapt or Die”. He opened the event with this performance, which poked derision at South Africa’s leaders up until this country’s first democratic elections, and even detailed Pieter-Dirk’s own political career.

Then, after a day of inspirational business content, Pieter-Dirk delivered his second piece, “Adapt or Fly”, which took us through our leadership from the dawn of democracy, and also featured cameos from some of his other characters.

While any stage is a comfortable space for Pieter-Dirk, he does say that corporate audiences are different from typical theatregoers.

He added that corporate audiences generally expect lots of jokes whereas, “I don’t tell jokes. I just tell the truth, which is funnier.” 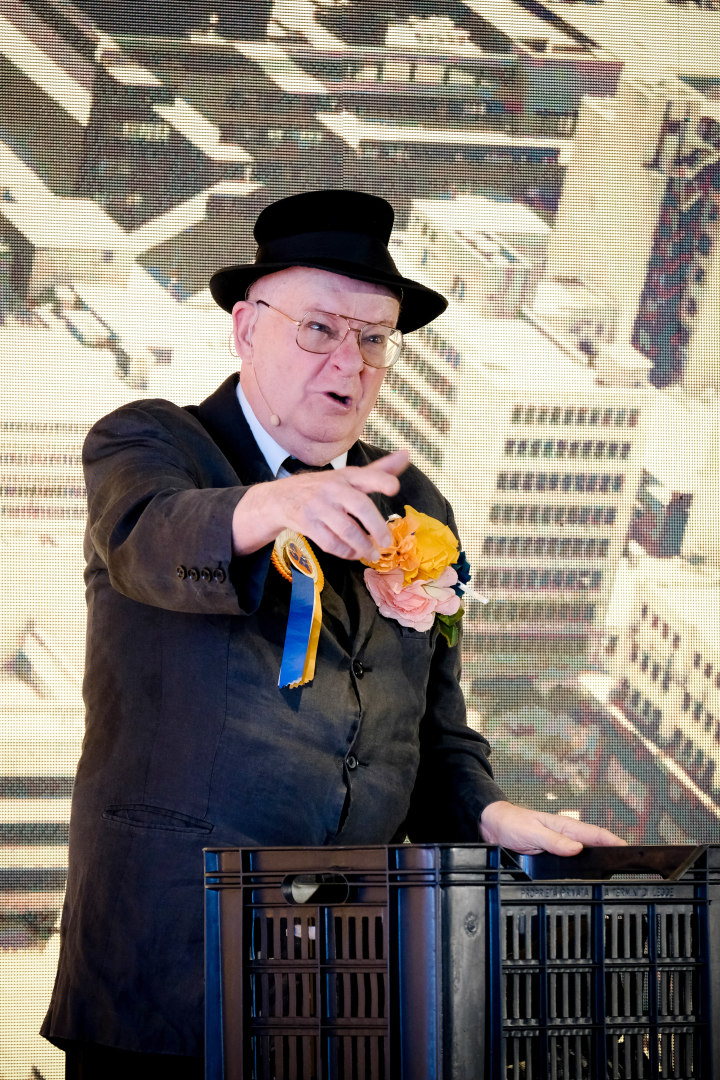 However, he said that it’s nice to speak to people who will listen, and he could see that the CFO Day audience was paying attention. “What I do is topical, even if it’s about the past. The past reflects the future and makes us aware of the mess of the current day.”

In closing his final performance, he had some words especially for those in the finance profession:

“Toast the future and your dreams and your professionalism with a glass that is always half full and never half empty.”