When the Woolworths CEO Ian Moir suggested that they have dinner, Reeza Isaacs didn’t think much of it. He was Managing Partner at services firm EY that audited the Woolworths account and there was a long standing relationship between the organisations. Then came the job offer and Isaacs hasn’t looked back. From closely being involved in the spectacular acquisition of Australian retailer David Jones to getting used to receiving daily updates about trading results, it has been a real roller coaster ride for the FD of Woolworths. We spoke to Isaacs about the importance of mentoring, his proudest moments at EY and his successful shift to the fast pace of retail. “It has been a phenomenal experience.”

You spent most of your career at EY before moving to Woolworths two years ago. Looking back at that period, what makes you proud?
"In three years' after I was appointed leader of the audit business in Cape Town, we doubled the profitability of that business. I was appointed Managing Partner for EY in the Western Cape which was a bit of a surreal experience for me given the great leaders that were in that role before me. During my tenure we managed to win a number of big accounts, including very large, listed company audits like Coronation Fund Managers and Clicks. One of the things that I enjoyed the most during that period was building up a young, dynamic and diverse team of partners."

What was your recipe for success at EY?
"I was very fortunate in that there was a good foundation that was laid by the leaders before me and the firm had a strong set of values - what I refer to as its DNA. It was a case of building on this and giving the team the confidence to win in what was a very competitive market. . I was very determined to make the business a success, had a good team and I tried my best to challenge and support the team to get the best out of them."

How has you period at EY equipped you for your FD role at Woolworths?
"As a CA I am well-schooled in most areas of finance. However, a lot of what I learnt at EY was about leadership and relationships which is very important in a senior executive role. I also worked as the audit partner on the Woolworths account for 7 years and dealt with some tricky issues at the time, so I knew the business, the Finance team and the Board. It also helped that I really enjoyed Woolworths and the retail industry. I was flattered when Ian approached me for the FD role." 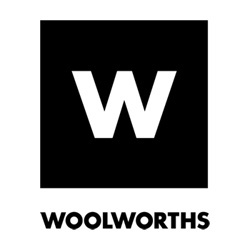 How do you compare the role of advisor to that of executive?
"I was running a business at EY and understood the importance of growing the top line and also understood the pressures of delivering results. As an advisor we were working with large corporates, so I had that experience and understanding. But as an executive I am much more at the cut and thrust of business. You deal with issues on a daily basis and you see the impact of what you do immediately. This is such a fast-moving industry - decisions need to be properly thought through but also made quickly."

How did you experience presenting your first results?
"With a mixture of nerves and pride. It is very important how you engage with analysts and investors, because it can directly influence the perception of the company and share price. I did a lot of preparation that first time, but it does get easier after that."

What did you find the most difficult about the career move?
"It was hard getting used to the physical environment - which is a surprising thing to say. I worked in open plan for more than 10 years and in professional services there is much of a flat structure. I also do a lot more travel now which my young family has been adjusting to."

What accomplishment are you most proud of at Woolworths?
"The acquisition of the Australian retailer David Jones and the minority share in Country Road was quite a big game changer for the business and not something I expected to be part of so soon. It was exceptionally complex but has been a phenomenal experience and something which I feel privileged to be part of. Making sure that finance played its role has been very rewarding."

Initially the massive acquisition wasn't very well received. How did you turn that around?
"A lot of investors had bought into the Woolworths story. The initial feeling from shareholders after the announcement was 'you are a very successful business and now you are changing it completely'. Some shareholders were not happy, if the share price was anything to go by. . But we engaged them, with CEO Ian Moir being the key player. Investors started to understand the rationale, bought into the vision and more than 95 percent of shareholders eventually voted in favour of the deal.."

What advice would you give to young accountants who strive to be an FD or CFO?
"Find work that you enjoy, because then you become better at it and you enjoy it even more. But keep challenging yourself and make sure you keep learning. Develop some specialised skills like M&A and corporate finance - to equip you for a bigger role. Choose an organisation that you are comfortable with, where you subscribe to the values and point of view. Find yourself a sounding board or a mentor - this doesn't have to be formalized or limited to 1 person.."

Do you play a mentoring role yourself?
"Yes, people from inside and outside Woolworths ask me for advice and for some coaching from time to time. It is something that I enjoy. It was a part of my role at EY that I enjoyed immensely, seeing young CAs develop. I was actively involved in organisations like ABASA and tried to play my role in transforming the profession. Seeing the growing number of black CAs at EY and Woolworths is enormously encouraging and things are definitely moving in the right direction, but I do think there are some companies that could do more for transformation."