“You can use your office space to create happier and more productive staff by making sure that you're providing a space that makes them feel engaged, empowered and fulfilled,” said Craig Hean, MD of JLL Sub-Saharan Africa, who was speaking yesterday at the CFO Summit.

During a panel discussion on how to make your office space a more productive one, Craig shared the platform with Achim Klennert, MD of insurance company Hannover RE and Graham Fehrsen, MD of CFO South Africa, who was the moderator.

The panel discussion sought to provide guidance on what finance people should be thinking about regarding space utilisation in order to enhance productivity. Hannover RE has been on an interesting journey over the last 12 to 18 months, moving to a building in Rosebank. Achim said that, while it is the CFO's responsibility to look at make sure that everyone stays within budget, the impact on the culture of the organisation was way more important than that. He said the expense of a new building is once-off, but the effect that it has on your employees is long lasting.

"When your building can assist you in attracting and retaining the right people for your business, that is invaluable," said Achim, adding that one of the considerations they had was to be a very attractive employer for highly skilled people that are in high demand who, primarily, are millennials.

"In South Africa, you have a situation where you need certain skills in a business and they are either in very short supply or in very high supply. And we operate in a space where we need qualified actuaries and chartered accountants so every skill we need is very scarce and we need to be a very attractive place for such individuals. Over 25 percent of our workforce is made up of actuaries and more than 50 percent of our staff can walk out if they don't like working there and have another job within a week, often for a higher salary." 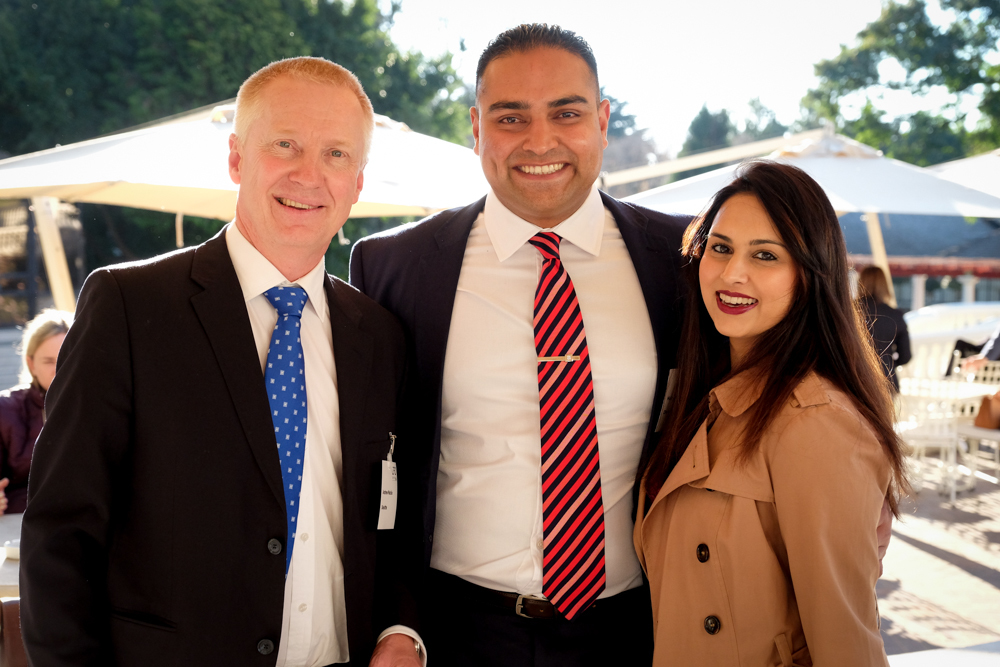 Hot desking
Hot desking is not something that can work for any and every company because the nature of some businesses requires that individuals have a specific desk that they work from. Achim said, for example, that they did not consider the idea for very long because it would breed inefficiency, with people needing about 30 minutes to acclimatise to a new desk everyday before getting to work.

Craig had a different view. A recent study revealed that the average desk utilisation was 50 percent meaning that, at any one point in time at an office, half of the desks are not being used, but companies are still paying rental for that space. That is where hot desking becomes interesting. Instead of creating a desk for people to work at, JLL looked at what activities people are engaged in at the office. He said they come to the office to collaborate, to concentrate, to learn, and to socialise, so instead of creating a desk where they're expected to perform all of those functions, JLL created nine different areas that would allow staff to engage is best as possible in whatever activity they were engaged in.

"We started with 19 traditional desks for a team of 45 people and as many seats as were necessary. The company was able to increase its workforce to 100 people without having to change anything in the work area. That is something that would be of major interest to CFOs. That type of working does not suit every company, but the fact of the matter is we were able to double our workforce without paying a cent towards an increased rental."

Millennials
A big part of the discussion was around millennials and how they need to be at the centre of any decision to change an office space. Craig said that it's a long-term decision and, therefore, that leaders need to be future-proofing their offices. That means not thinking about the decision from their perspective alone. Rather, they should be thinking about the millennials that are going to be engaged in that space for much longer than they perhaps will. The decision should, therefore, be guided by how millennials think about their work environment and what is going to make them the most productive.

Even though companies have a high turnover for millennials, who don't have the greatest sense of loyalty, Craig said that companies needed to make sure that they are as productive as they can be for the time that they are employed with you.

Millennials think differently about productivity and they certainly think very differently about how they want to engage with the office space. So the decision on whether to retrofit or move to a new building might have to do with where that building is located. Hannover RE's move to Rosebank, for example, would have been seen as positive by millennials because it allows the whole staff to be able to go to the gym, do their shopping, and go to a restaurant within walking distance from the office. These are important things that millennials are considering because their concept of a work-life balance is nothing like what we think it is.

"For any kind of real estate decision, you really need to be jumping into the shoes of millennials and saying, what is making them tick. What are they going to want to see in the space? If you're not providing facilities that they want to have there. Millennials' whole concept of productivity does not centre on a need to be sitting at a desk to be productive. They have grown up in a world where technology has always been available to them. They can be productive in a coffee shop as they can be sitting in the office."