CFO Elisa Mkhiza is proud of Clinix's surgical initiative, and many other SA companies also show they care.

Each year on 18 July, people around the world celebrate Mandela Day, giving 67 minutes of their time to do something for the less fortunate.

South Africa’s corporate world is also honouring Nelson Mandela, with employees at all levels giving 67 minutes of their time to projects arranged by their employers.

Clinix Health Group has, since 2017, performed a series of medical surgeries as part of its Mandela Day programme.

At least 100 people from five hospitals in both Gauteng and the North West provinces will receive surgeries which include: the removal of cataracts, tonsillectomies, medical circumcisions, cystoscopies, prostrate screenings, cleft lip reconstructions and the removal of fibroids. The surgeries will be performed at Clinix’s Tshepo Themba, Naledi Nkanyezi, Dr SK Matseke, Botshelong-Empilweni and the Victoria Itokolle Hospitals by a highly skilled and committed team of medical professionals.

“We’re very proud of this work indeed as it makes a difference in the market where we operate.”

As part of the celebrations, Team Dimension Data for Qhubeka will feature a special set of orange bar tape, chain and bottles on their race bikes as they compete in stage 12 of the Tour de France.

Their Giro helmets will also be orange, bearing the inspirational words of Mandela as well as the Laureus Sport for Good Foundation logo, as they ride 209.5km from Toulouse to Bagnères-de-Bigorre. 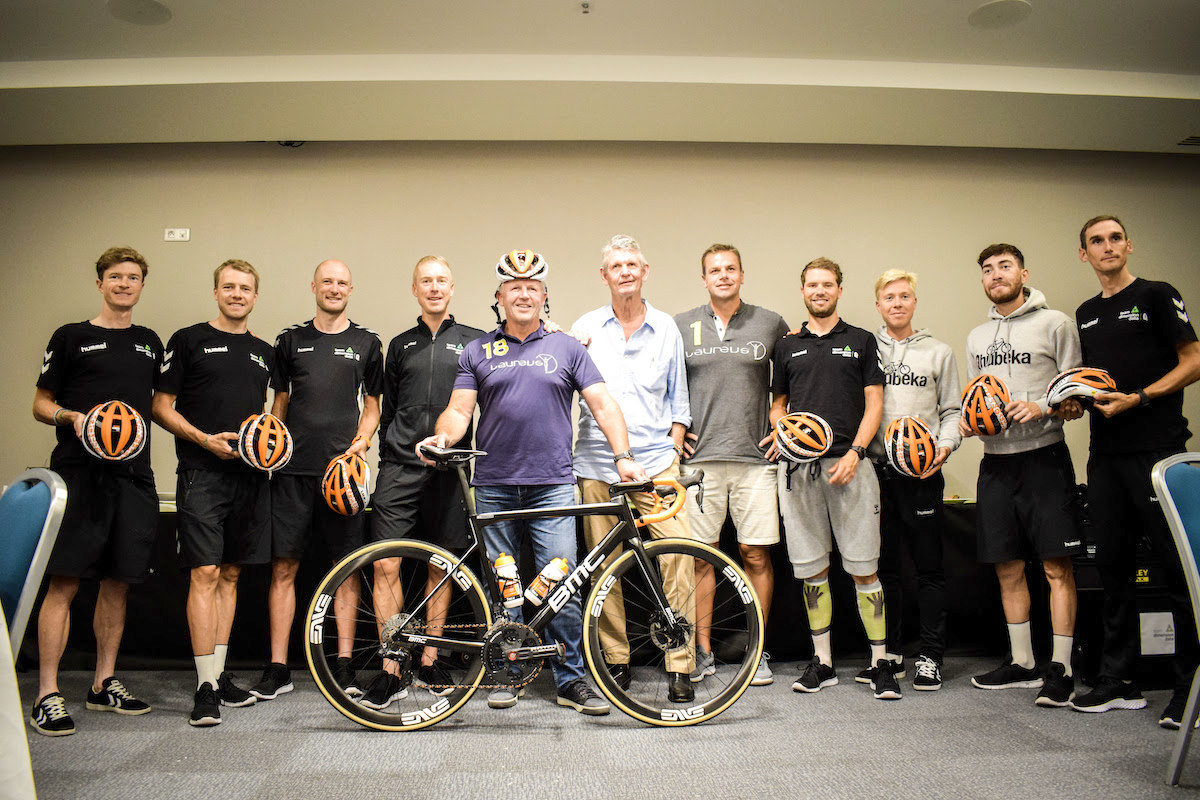 Tsogo Sun Hotels and the Sandton Convention Centre supported the volunteer-based meal packaging and nutrition programme Rise Against Hunger, which hosted their sixth meal-packaging event on 12 July in honour of Mandela Day.

The City of Tshwane council members will hand over blankets, cleaning and painting homes of the less fortunate, in their communities.

In preparation for the day, Tshwane Mayor Stevens Mokgalapa and his committee took a bus tour around the city and visited some of the historical sights which are of national value and also retraced the last steps of Mandela in the the capital city, including stops at Inkululeko Community Centre in Salvokop, where the mayor and his entourage handed out blankets, beanies and scarves to the children at the centre, 1 Military Hospital, where Mandela was regularly admitted for treatment and check-ups, and the Union Buildings, where his body lay for three days prior his funeral.

Aspen Pharmacare is reaching out to the less fortunate through its Mandela Day projects being hosted on six continents. This is the ninth year that Aspen will participate in Mandela Day, and they are doing so through more than 120 projects in 40 countries.