An impressive group of prominent South African CFOs discussed topics ranging from personal branding and ethics to shared services and cloud solutions during an exclusive dinner on13 March 2014 in the Saxon Boutique Hotel in Johannesburg. “In our daily jobs we get mostly vertically involved in our organisations. It’s great to break out of that every once in and a while and discuss topics laterally with our peers,” said Standard Bank Group CFO Simon Ridley at the end of the IBM-sponsored event.

It was remarkable that many CFOs chose to speak about issues of ethical behaviour and reputation, when asked by moderator Melle Eijckelhoff (director of CFO South Africa) what is currently on their minds. Jacques van Wyk (CFO Sandoz SA) mentioned the struggle to compete with companies that are "less ethical and compliant" and Dario Drago, CFO at sister company Novartis, echoed his thoughts. Financial Director Craig Barrett of Aveng Manufacturing spoke about the need to instil trust in the industry, something that also came un in the contribution of Riaan Visser, CFO at Deutsche Bank. 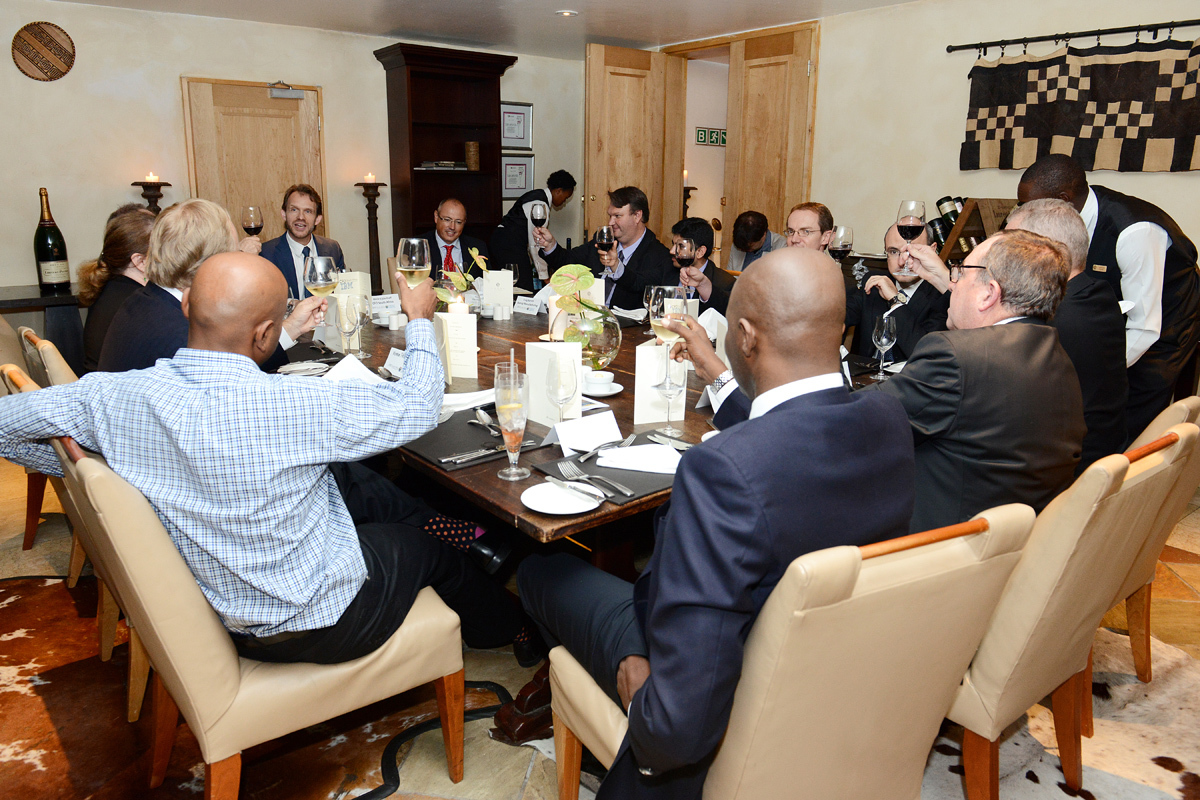 The lively dinner table conversation ranged from De Beers CFO Craig Coltman explaining the downstream strategy of his company "because diamonds compete with iPads, holidays and other luxury items" to a fascinating glimpse in the future given by IBM-representatives Lesley Plaistowe (Partner Financial Services) and Hamilton Ratshefola (director General Business), who talked about cognitive computing system Watson.

The magnificent food and drinks of the Saxon were enjoyed by the impressive list of participants and many CFOs said they were already looking forward to the next event.