It has been 17 years since the inception of the South African Competition Act, and competition law enforcement continues to be vigorous and successful. Some now argue that competition law and its associated institutions are becoming a victim of their own success. Where other regulators have mostly proven toothless, the Competition Commission and the Competition Tribunal have been able to pry open cartels and punish offenders. Where broader economic policy has failed to force companies to change tack, competition policy clearly has not disappointed. In this article, competition experts Minette Smit and Marylla Govender explore the most recent trends in competition law, along with the rise of ‘the Patel factor’.

It is not surprising then that recent pronouncements by Government allude to effect further changes to the law and its application to use it to achieve its goal of 'radical economic transformation', a trend that has started when the regulator moved from the dti to the Economic Development Department (EDD) and Ebrahim Patel was appointed minister in 2012.

While the objectives of the Competition Act do encompass elements that go further than simply remedying market failures and regulating mergers - to include certain broader socio-economic goals which are included in its public interest mandate - the authorities have in the past steered clear of pursuing a political agenda.

However, its success in promoting free and fair competition seemed to have encouraged some role players to attempt to push the authorities to go beyond its mandate when addressing public interest concerns through merger regulation. There seems to be a real danger that the Competition Act and the competition institutions may be used to pursue goals far beyond those intended by the act.

What does the future hold for this important area of the law if its focus is re-directed from seeking "to maintain and promote competition" to "transforming the economy"? Is there a risk of "regulator capture"?

Uncovering cartels
Let's take a step back. In recent years, there have been three noteworthy developments that may cast some light on this issue: the criminalisation of cartel activity, the first successful follow-on damages claim due to a competition law violation and a marked shift in focus towards public interest considerations in the context of merger proceedings, something CFOs refer to as 'the Patel factor'.

Cartel activity, which relates to price fixing, market division and collusive tendering, is widely condemned as the most egregious and harmful violation of competition law. No-one disputes that its eradication should be high on the agenda for any competition authority.

In February this year, the Competition Commission announced that banks and currency traders were involved in price fixing and market division in the trading of foreign currency involving the rand. Since then further cartels have been uncovered in relation to fire protection equipment and car shipping. The Competition Commission's past efforts in uncovering cartels in sectors such as cement, construction, building products, and bread have been widely publicised and applauded by consumers and politicians alike.

To support its cartel detection and enforcement efforts, the Competition Commission has made use of several levers including an effective corporate leniency policy, which grants immunity to applicants choosing to disclose information regarding their participation in a cartel; and the use of dawn raids, which are surprise search and seizure operations conducted on a company's business premises.

Jail time
Cartel contraventions will in future have a more direct impact on management: where fines and reputational damage in the past had an impact at a company-wide level, criminal sanctions now take the form of fines or imprisonment for individuals. It is an offence for company directors or persons in a position of management authority to engage in or "knowingly acquiesce" in cartel conduct. The amendment that came into force in May last year brings competition law in line with other jurisdictions such as the United States and more recently Australia and the United Kingdom.

The future thus could look quite different for those involved in cartel activities: prosecution of the directors or managers of a firm by the National Prosecuting Authority (NPA) (and not only the competition authorities), personal liability for fines and jail time are all probable. While this could raise some interesting legal dilemmas such as its effect on the Competition Commission's corporate leniency policy, companies will have to ensure that managers are adequately trained and prepared for such an event.

Follow-on damages and class action claims by persons or companies that have suffered harm due to anti-competitive behavior (such as cartel conduct or abuse of dominance) has also now become a reality.

Last year the High Court ordered SAA to pay Nationwide Airlines R97 million in damages in what was the first successful follow-on damages claim due to a competition law violation in South Africa.

Earlier this year the Court awarded a damages payment of R554 million plus interest to Comair in relation to a travel incentive scheme that was implemented by SAA. While these damages claims were awarded following lengthy legal proceedings dating back to 2003, it could provide an indication that the era of pursuing follow-on damages may be gaining momentum in South Africa.

However, will these developments contribute to 'economic transformation'? The eradication of cartel activity and the threat of damages claims will certainly help to transform the way business is conducted and could contribute to ensuring lower prices for consumers and in some cases even compensation for those who suffered harm (a form of redistribution?). One could therefore argue that effective competition law enforcement and harsher punishment for noncompliance certainly contributes to 'transforming the way business is done' or 'the economy'. In other words, if the competition authorities continue to vigorously take care of competition, it should be enough.

But is it the economic transformation that politicians have in mind? Trends in merger adjudications seems to suggest otherwise.

Turning point
Merger control is an important part of competition law enforcement in South Africa. Assessing the impact of a merger on the public interest is one of the aspects that the competition authorities must consider. 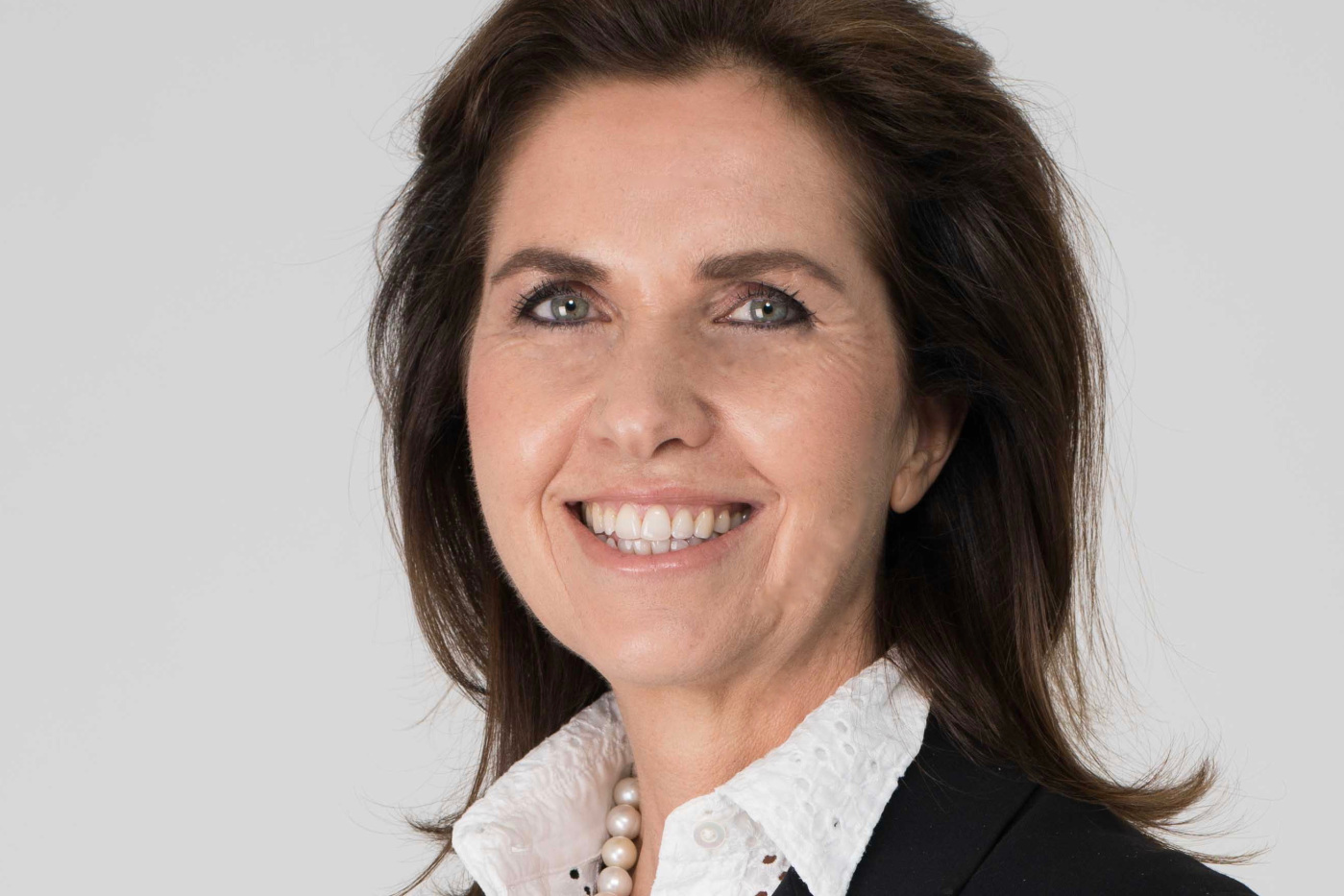 The Walmart/Massmart merger represented a turning point in the prominence given to the public interest in a merger that raised no competition concerns. (On the contrary, there was a view at the time that the entry of Walmart was potentially pro-competitive). Several government departments and certain trade unions intervened in these merger proceedings by seeking to secure conditions that protected local employment, procurement and small businesses.

While the merger represents an important example of the intersection of competition law with the broader goals of industrial policy, the Competition Appeal Court was particularly critical of using competition law as a panacea for curing various economic ills by noting that: "Manifestly, competition law cannot be a substitute for industrial or trade policy; hence this court cannot construct a holistic policy to address the challenges which are posed by globalisation." The Competition Appeal Court also raised a concern that government intervention may have the effect of threatening foreign direct investment into South Africa.

Notwithstanding the view of the Competition Appeal Court in the Walmart/Massmart case, there has certainly been an increase in the number of mergers (with no real negative competition implications) that have been approved subject to employment and other public interest related conditions. Many of these conditions impose the addition of learnerships and a moratorium on merger-related retrenchments for a period of two years from the merger.

There is little doubt that the successes of the competition authorities in extracting certain concessions from companies (such as those related to job losses, conditions of employment and procurement) in merger proceedings will continue and may even become a primary focus of merger adjudications in future.

The message is clear: merging parties may have to be prepared to contribute to 'economic transformation' in some form or other to obtain merger approval in future. Business and competition law practitioners alike are frustrated about these developments and rightfully so as concessions extracted only for the sake of driving transformation will in all likelihood outweigh the economic gains from the merger.

Losing focus
The objectives of the Competition Act do include broader socio-economic goals. Since its inception, a debate has ensued as to whether the Competition Act itself is the appropriate instrument to achieve these goals. It is clear that, increasingly over the years, in the application of the law, the competition authorities have pursued public interest issues as an important element in their decision-making.

It is remarkable that none of the merging firms that have had to swallow concessions unrelated to achieving merger-specific competition concerns have challenged this in court. We don't believe that competition law itself could be used to solve the South African economy's systemic and structural challenges.

Besides that, there is a great risk that the Competition Commission loses its focus on free and fair competition, especially now that there is corridor talk emerging of amending and using the competition regulations to break up dominant firms, outside the context of mergers. The challenges facing South Africa of achieving economic growth and job creation will not be solved by simply amending or using competition legislation. Rather, cognisance needs to be taken of the broader economic and global context in which firms do business when crafting such policies.

As long as the competition authorities show that they have teeth where it matters, the temptation to use the regulator for purposes outside of its mandate will remain. While we still have checks and balances through the Appeal Court, we believe it would be much better to leave politics out of the competition arena in the first place.

By Minette Smit and Marylla Govender. Smit and Govender are managing director and director of compliance at Compliance Online, a training solution provider. They are also co-authors of the book, 'A Practical Guide to the South African Competition Act', of which the updated second edition was recently launched.