Expert Insight: Why the tweet are CFOs not online?

In this Expert Insight Fowzia Gamiet, Senior Associate: Financial Recruitment at CA Global Finance deals with the power of social media and calls on Chief Financial Officers to go online and tweet.

CFOs are not really known for their active presence on social media. The focus is more on the so-called risks around social media than the opportunities it presents.

Social media has long been associated with a pre-teen to twenty-something pastime. We have all been there - having to dodge the youth walking in the roads, on the pavements and even driving on the road, whilst - unaware of their surroundings - they are so engrossed in their cell phones tweeting about their "exciting surroundings". How ironic.

For your information, social media has actually moved past the point of being a youth-only activity. Multinational corporations now include a PR department that maintains an intricate social media division dedicated to putting the brand out there, responding to client queries and to launch new products. It has changed the way businesses operate today.

Twitter vs. Newspapers
Unlike the traditional print media, Twitter and Facebook are in real time and up to date, to the second. To put you into perspective: If you buy the newspaper every morning at 8AM and read it back to back you will only be up-to-date on the news that has happened before the paper went to print. If breaking news were to occur after the morning paper was printed, you would only be informed about it once you purchase the next paper issued that day. 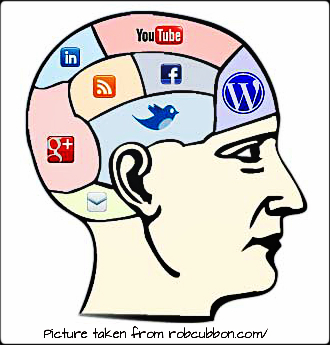 On the other hand let's look at Twitter. Consider every active Twitter account holder as an unofficial journalist, tweeting everything considered to be newsworthy. Others who also find this news newsworthy, share (retweet) the tweet with their network (followers). The more people who find this interesting, share the information possibly making it viral within the space of an hour.

How can CFOs benefit from utilising Twitter?
Twitter (and other social media) has become engraved in companies' business processes. Companies such as Deloitte, PWC, Old Mutual and Forbes - to name a few - are all corporations with highly active Twitter presence. Each of these companies post information that is current to the markets in Africa as well as to their specific industry.
In the beginning it may be a bit difficult to make sense of all the jargon and useless information but once you have understood the "rules" of Twitter, it becomes a powerful tool to build not only your company brand but also your personal reputation.

CFOs are already influential individuals both within their company as well as amongst their peers. They are able to make convincing arguments to sway Executives in a Board meeting. This trait can be carried over to Twitter. By building your network on Twitter and networking and engaging with similar (or more) influential professionals, you start to build your online influence. 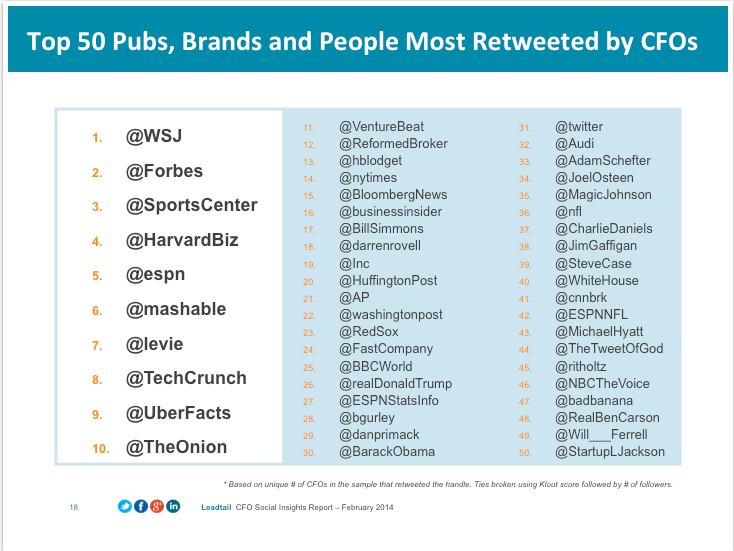 Twitter is centred on your own personal preferences. You follow people or companies in your industry of interest and you only interact with people you choose. Tweeting about relevant current affairs and appealing to those who would find your information newsworthy, builds your reputation as an influencer in the market.

Social media is here to stay. Twitter has been proven to play a big part in the way business is done today. As we all know, being a dynamic individual is important for company growth. Changing with the times as the markets' needs change is important if you want to stay ahead of the pack! Why would you not want in on that?

It is also useful to let people know that CFOs are not just number crunching robots. Show us some humour, show us some financial market news, show us how to influence others educate us!