Accounting in the cloud - Xero's Gary Turner on conquering SA

With personal computers and the internet mere precursors to the real digital revolution, CFOs need to change gears and get ready for radically different roles, says Xero executive Gary Turner. Few firms are riding the waves of digital change so confidently as Xero, the accounting software cloud-solution for small- and medium-sized enterprises. After swooping the UK market, Gary has now set his sights on South Africa.

"Future CFOs needs to have an incredibly good grasp of digital tools and opportunities," says Gary, as we chat to him ahead of an inaugural Xero roadshow that will take him to Johannesburg and Cape Town this month. "You need to find the disruption, before it finds you. CFOs need to be reading a lot of books. A lot of futurists are trying to map out where things are going around artificial intelligence, automation and connecting services together."

Although he is the managing director for the EMEA-region, Gary is adamant that Xero should not bite off more than it can chew. After it unseated Sage as market leader "in its own backyard" in the UK, it aims to repeat the feat in South Africa, even before setting foot in Europe or the Middle East.

End of the beginning
Gary was one of the UK's first tech bloggers in the UK, his singing Scottish accent unfortunately absent from the written word. He is widely regarded as a visionary with strong views on the digital revolution and the role finance leaders should play. And he lives his own advice. When Gary left Microsoft in 2009 for what was basically a startup from faraway New Zealand "lots of people thought I was crazy", he remembers. "But at an early stage I had concluded cloud was going to dominate. At Microsoft several initiatives were put on hold due to the credit crunch, which is when it was an easy decision when Xero approached me to become their first international executive. I have been blown away by what we have achieved since then."

After Xero unseated Sage as market leader "in its own backyard" in the UK, it aims to repeat the feat in South Africa.

Since its humble beginnings, Xero has conquered New Zealand, Australia and the UK - and it is making spectacular inroads in the United States. The accounting software now boasts 600,000 customers, thousands of them in geographies where it hasn't done any marketing yet, like South Africa.

"It is geographically very easy for us to go into Europe, but we think it is premature. We need to build the core architecture, which has taken some time and 100s of millions of dollars of investment. We have now passed 200 million dollar of annual revenue and we have proven the model. Rod Drury, our global CEO calls our current stage the end of the beginning."

The success in a large market like the UK has been no less than astounding, admits Gary. "Seven years ago we started in the UK with a brand that nobody had ever heard of, without a huge amount of money to invest. We did no advertising and relied on word of mouth. Not many people were familiar with cloud software - we had a lot things stacked against us. It was really tough. The metaphor is that of building a new skyscraper in downtown Manhattan. You have to build 40 floors before people can see it. Our UK business is a 7-year overnight success. We added more customers in the last 12 months than in the previous five years."

South Africa
Whereas only seven people pitched at Xero's first event in the UK and 11 at the second, already 600 people have signed up for the roadshow in South Africa. "The appetite is incredible," Gary enthuses. "We had to upgrade our venues. We are surprised and pleased. Of course our job is a bit easier than in the UK, because everybody now knows what the cloud is. Becoming a market leader will still be a multi-year project in South Africa though, although we already have had some fanatical support."

Conquering four major markets within ten years is no mean feat, no wonder Forbes has named Xero most innovative growth company for two years in a row. So what is the magic bullet here? Is the product so brilliant or is it the marketing?

"It is much broader than marketing," says Gary. "I am a firm believer in that what we are building here is the customer experience. It is not just about what the software does, or what marketing says, but about our complete customer experience. It is the tone of voice in an email from us, how friendly our staff are at events, that the software works as expected, how helpful Xero can be if there are issues. This way of thinking is not unique to Xero, but it is a contemporary way, while historically companies like software developers start with a product in mind."

Xero is a "fantastic product", but that is not enough, says Gary.

"We don't outsource any elements of design, whether it is software, a branded London taxi cab or the t-shirts that our employees wear. We are religiously committed to the customers experience, which is why we don't want to rely on outside agencies. The thing that keeps us honest is delivering a beautiful customer experience. The Apple Stores that people are familiar with in South Africa are a good example of how you can articulate a brand in a physical environment. Those are not dark and feels like the Apple product and its people. We have a similar philosophy."

Without the legacy of "old world architecture", the creators of Xero had the opportunity to build the best accounting software from scratch, Gary explains. "We started on a blank sheet of paper, without baggage or preconceived ideas. We set out to build a vision in a world of smartphones, unshackled by conventional thinking. We looked at making accounting a more enjoyable experience. We have brought in automated banking information, which saves customers time and enables them to look at real-time information." 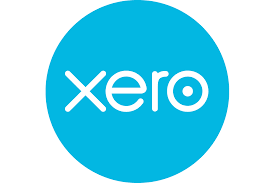 Cash flow
With global competitors Sage, MYOB and Intuit as more "flat-footed" options, Gary feels that SMEs are the market with the least options when it comes to technology, whereas consumers are "chased after by Facebook, Apple and Google" and large businesses have SAP and Oracle to choose from. "There are millions of SMEs, with their own requirements and obligations. Someone had to build Facebook for business and I think we have come up with some pretty cool ideas about how to do that."

Those include ways of freeing up cash flow, a term that is in the forefront of Xero's market offensive. "We have rethought the way cash flow and banking get managed with simple tools and a great mobile experience. They enable SMEs to get paid quicker, through simple online invoicing. One of the major problems a lot of businesses face, is a lag between services and delivering invoice. With Xero, a small consulting firm that has done a couple of days' work for a client, can submit an invoice through a mobile application before the consultants have even left the building. That fundamentally changes the cash flow in the business."

Apps ecosystem
The fast pace of change and improvements means Gary doesn't really know how Xero will be described in the years to come, but it won't just be an accounting package, he says. "The world of cloud technology is changing the landscape. Microsoft Office 365 and Gmail are already embedded in Xero and with APIs making new additions, services and add-on apps is easier than ever. Xero now sits at the centre of an app ecosystem with a number of interconnecting systems and services, including CRM systems."

Gary says Xero has learned from others that the danger of legacy-thinking must be avoided at all costs.

"We are still quite young and don't want to make the same mistakes. We don't want to lose agility. In the next 12 months, we'll see around half a trillion dollars of trade on the Xero platform. For the first time we have the opportunity, we can build interesting services around that data."

And that is where phase two kicks in.

Big data
Just as Google started as a search engine and Facebook as a social tool, Xero started as an accountancy solution. Just like Google and Facebook the next step for Xero is data, incredibly big data. "If you are a publishing company in Johannesburg and you employ 15 people and spend x amount on salaries, we could give you benchmarks and interesting insights about how to run a successful business. We could also offer a facility to check if your customers are in cash flow difficulties and do credit risk profiling."

"The ability to aggregate data from millions of businesses will even allow us to map out an economy of region and look at macro trends - we won't have to wait for government's economic reports to do that."

But first - or at least at the same time - there is a world to conquer. Xero has set its eyes on Malaysia, Singapore, Hong Kong, Canada and South Africa, where it hopes to give Sage Pastel and other traditional players a run for its money. "In preparation for our road show in Johannesburg and Cape Town we have been revisiting some stepping stones from our success in the UK. The idea is taking some of our learnings in other markets and seeing how we can apply them in South Africa. With Xero, businesses are not only more efficient and more profitable, they can also trade overseas ten times easier, which is a great advantage for South African companies. Moving into South Africa is not without challenge, because the economy is struggling and unemployment is high. Having said that, small businesses that use Xero are more than twice as likely to still be trading as others - as survival is linked to investment."