Aarti Takoordeen is a Chartered Accountant, CA (SA) and has been the CFO and Executive Director of the Johannesburg Stock Exchange (JSE), Africa’s leading Stock Exchange, since 2013.  At the time of her appointment, she was the youngest CFO of a JSE-listed company. In 2014 she won the coveted CFO South Africa Award for Young CFO of the Year for her meteoric rise to prominence.

Aarti was recently selected as a Young Global Leader by the World Economic Forum and is excited about creating a positive impact within the Finance industry on the greater continent. She believes that success is achieved through a “holistic approach”. Her ambition is to one day be a CEO of a major business.

Prior to her appointment at the JSE she worked at Hewlett-Packard as Finance Manager for their services division and at Johnson Controls International, where she was the Finance Director for Middle East and Africa. She also has multiple degrees from UNISA in commerce and accounting. 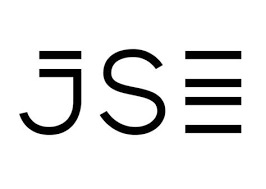 About JSE: The JSE offers secure, efficient primary and secondary capital markets across a diverse range of securities, supported by our post-trade and regulatory services. We are the market of choice for local and international investors looking to gain exposure to the leading capital markets in South Africa and the broader African continent.

The JSE was formed in 1887 during the first South African gold rush. Following the first legislation covering financial markets in 1947, the JSE joined the World Federation of Exchanges in 1963 and upgraded to an electronic trading system in the early 1990s. The bourse demutualised and listed on its own exchange in 2005.