Adriana Weilbach has been the chief financial officer for Telesure since June 2017.

Adriana is a registered CA(SA) and holds a B.Com Law and LLB degree from the University of Stellenbosch, as well as a B.Compt honours degree from UNISA.

Prior to joining Telesure Investment Holdings in June 2017, she served as a non-executive director on the 1st for Women Insurance board since 2012.

Previously, Adriana worked at Credit Suisse where she held the position of COO of the then newly established stand-alone South African operation conducting stockbroking, private banking and investment banking.

She has gained extensive insurance knowledge from heading up the risk finance consulting and captive management division at Marsh in South Africa. In addition, she fulfilled a variety of roles at Santam, including heading up the risk and compliance division, managing international acquisitions and corporate finance activities, and was managing director of Santam’s risk finance insurance company.

For her work as the CFO of Telesure, Adriana has been nominated for the 2021 CFO Awards. 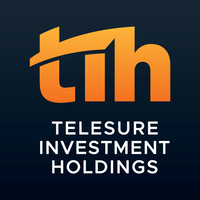 About company: Telesure Investment Holdings is the holding company of some of South Africa’s leading financial service providers.

Adriana is the CFO of Telesure, and joins the list of nominees for this year’s awards.