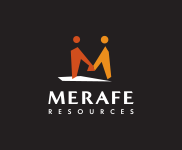 About Merafe Resources: Merafe Resources is listed on the JSE in the General Mining sector. The main focus of their business is on the 20.5% of the Glencore-Merafe Chrome Venture, in which Glencore has a 79.5% participation. Merafe and Glencore South Africa operations to create the largest ferrochrome producer in the world.  Merafe had five employees in 2017, but it increased to 6 851 with the Glencore-Merafe Chrome Venture.