Elis Lefteris is a qualified chartered accountant (SA) from SAICA with a B.Com honours degree from the University of Pretoria. She has over 23 years’ experience in the finance industry. Elis started as the head of finance at Aspen Pharmacare, where she served for 11 years. She then became the CFO of Ferrero and has been filling CFO roles in companies including Action Global Communications and SABS respectively. 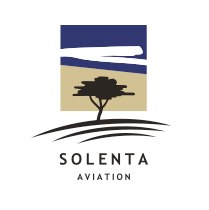 About Solenta Aviation: Solenta was founded in 2000 and operates cargo flights on regional routes throughout the sub-Saharan Africa on behalf of DHL Aviation. Solenta Aviation also operates extensively for the oil and gas industry, offering passenger charter, cargo and aircraft lease services.