Euan McNeil served as the CFO of the Flight Centre Travel Group from September 2018 until 2022, when he took up the role of managing director. Before joining Flight Centre in 2013, he spent more than five years at PwC, first as an article clerk, and later as an assistant manager and manager of PwC’s Sunninghill CIPS Assurance Division. During this time he also spent six months working in assurance for their San Jose office in California, USA. He graduated Cum Laude from the University of Johannesburg and holds a B.Com degree with Honours in Accounting. For Euan, home is in Johannesburg, South Africa, with his wife and two daughters. He is enthusiastic about sports and enjoys a game of golf as well as relaxing with his friends. 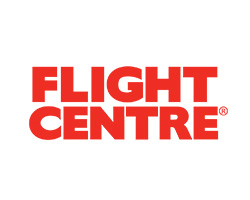 About Flight Centre Travel Group: Flight Centre Travel Group is an Australian based international travel company and the largest retail travel outlet in Australia. Its global operations include stores in New Zealand, the United States, United Kingdom and Canada, as well as outlets in India, UAE, China, Hong Kong, Ireland, Singapore, and South Africa. Flight Centre Travel Group is listed on the Australian Stock Exchange with an annual total turnover of $16 billion sales as at June 2015. It has more than 2,500 stores in 10 different countries with over 18,000 staff and owns several niche brands, including Student Flights, Escape Travel, Cruiseabout, Top Deck, 99 Bikes, Buffalo Tours and Liberty Travel.

Flight Centre South Africa was incorporated in January 1994 and, as the largest travel specialist in the country it owns over 170 businesses incorporating both leisure, wholesale and corporate brands.