Felix Lombard started his career with the Group in 1995 as Head of Information Systems at Bokomo and then later Pioneer Foods. He also acted as Financial Manager for Sasko Maize Mills. In 1999 he was the Executive of Agri Business and Packaging at Pioneer Foods. He was until recently the Business Executive for the Groceries Division and was appointed as Chief Financial Officer of the group from 1 July 2017. In addition to his finance responsibilities, he is accountable for IT and M and A. He has a Bachelor’s degree in Accounting from Stellenbosch University. He is also a CA (SA). 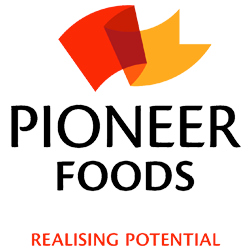 About Pioneer Foods: Pioneer Foods is one of the largest South African producers and distributors of a range of branded food and beverage products. The Group operates mainly across South Africa, providing wholesale, retail and informal trade customers with products of a consistently high standard. Pioneer Foods exports to more than 60 countries across the globe. The growing international business represents 21% of operating profit. The Group operates a number of world-class production facilities producing a range of products that includes some of the most recognisable and best loved brand names in South Africa, including the following power brands: Weet-Bix, Liqui-Fruit, Ceres, Sasko, Safari, Spekko and White Star.