Keith Gibson joined Netcare in July 2006 as financial manager of Netcare's International Operations. He was appointed as acting CFO of Netcare on 1 August 2011, and as executive director and group CFO on 10 November 2011. Prior to joining Netcare, he held senior financial positions with PPC Cement and Barloworld. Keith also chairs the finance and investment committee and working capital committee. He has a bachelor of accountancy and a bachelor of commerce. Keith is also a qualified CA(SA).

Keith also chairs the finance and investment committee and working capital committee. He was nominated for the 2020 CFO Awards. 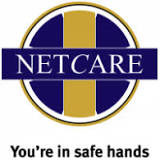 About Netcare: Netcare is an investment holding company that owns and manages, and through its subsidiaries, operates the largest private hospital networks in South Africa and the United Kingdom.

Netcare saw a nine percent profit margin for hospital and emerging services, and over six percent for primary care.