Konehali Gugushe matriculated at the age of 15 from All Saints Senior College in the Eastern Cape. Today she is a qualified chartered accountant and holds a bachelor's degree from Rhodes University, a Certificate in the Theory and Practice of Auditing from the University of KZN and a Post-graduate Diploma in Accounting from the University of Cape Town. Konehali is currently the chief risk officer for the Land Bank, where she is responsible for the Enterprise Wide Risk Management function. She was also the acting CFO. Before joining the Land Bank, Konehali was with the Nedbank Group for over eight years, where she served as the divisional executive of corporate social responsibility and the senior portfolio manager of group credit risk monitoring, respectively.  She also served in various equity-based roles at Safika Investments (Pty) Ltd and JP Morgan Equities. Konehali started her career as a trainee accountant at Moores Rowland, after which she became a credit manager at the Standard Bank group. Kone served on the a board of the African Women Chartered Accountants Forum (AWCA) for six years, an organisation that focuses on the development and mentoring of both aspirant and qualified black female chartered accountants. AWCA honoured Kone with a special award for her contribution to the organisation and her dedication to community upliftment and development. 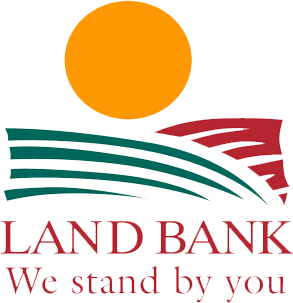 About Land Bank: Established in 1912, Land Bank is a wholly government owned Development Finance Institution governed by the Land and Agricultural Development Bank Act 15 of 2002 (“The Land Bank Act”). The Bank’s key shareholder is the National Treasury.

Land Bank provides financial services to the commercial farming sector and to agri-business and to make available new, appropriately designed financial products that would facilitate access to finance by new entrants to agriculture from historically disadvantaged backgrounds. Today, the Bank is a true South African development finance institution that serves all farmers equally.