Meroonisha Kerber has been the CFO of Impala Platinum since June 2018.

Meroonisha is a qualified CA(SA) and holds both B.Com degree and higher diploma in accountancy from Rhodes University. She also has a certificate of international treasury management.

After completing her articles at Deloitte in 1997, Meroonisha served as an audit manager and senior audit manager at Deloitte & Touche. She joined Anglo American Platinum in 2005 as a senior manager of consolidation and group reporting, was appointed as senior manager of technical accounting in 2006 and served as head of financial accounting before being appointed as senior VP of finance at AngloGold Ashanti in 2016.

She has served as the chairman of the RMA Audit Committed, audit committee member of Platinum Health Medical Aid, and held various other directorship roles of smaller Anglo American Platinum subsidiary companies.

Meroonisha is also a member of SAICA, the Institute of Directors (IODSA) and a former member of the Association of Corporate Treasurers (ACT).

For her work as the CFO of Implats, Meroonisha has been nominated for the 2021 CFO Awards. 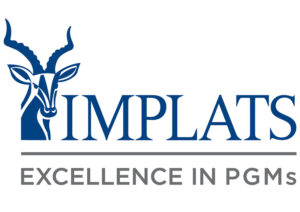 About company: Implats is a South African holding company that owns several companies which operate mines that produce platinum and platinum group metals, as well as nickel, copper and cobalt.

Meroonisha Kerber stresses the importance of being community-minded

The Implats CFO urges people to lend a helping hand to the most vulnerable people in our society.

Meroonisha Kerber will serve as Implats’ debt officer along with her role as the company’s CFO.

CFO Meroonisha Kerber: Implats has had to navigate through the increasing complexity of Covid-19.

She says that those in leadership positions must assist government in fighting the Covid-19 pandemic.

She took on the Implats CFO role during a restructuring, just as she fell pregnant.

Impala Platinum (Implats) has appointed Meroonisha Kerber after the resignation of Brenda Berlin.