Journey to the core: CFOs deep-dive during exclusive dinner 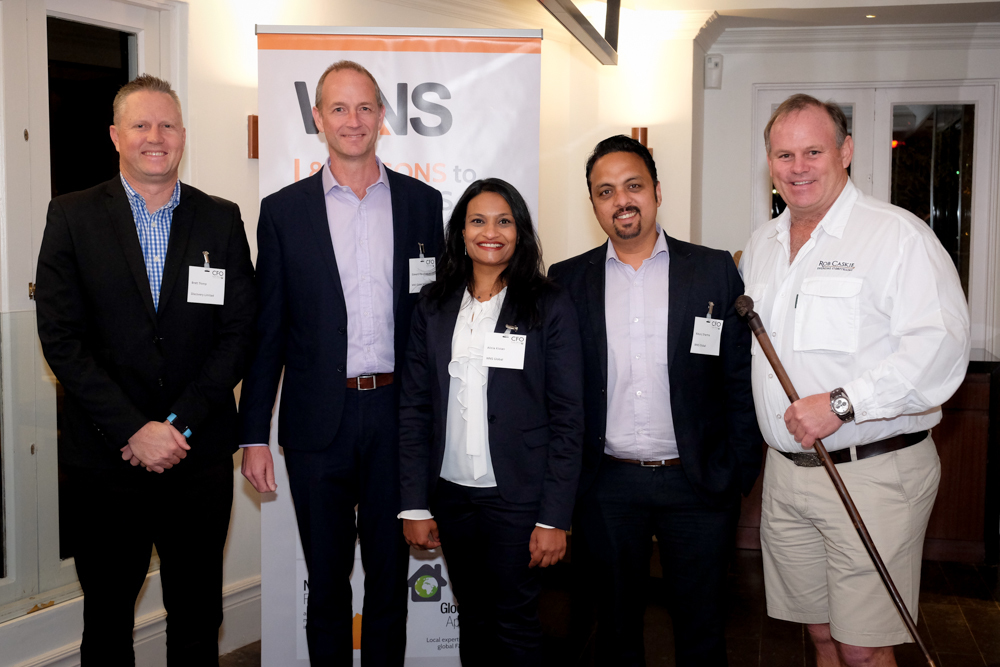 Multiple award-winning CFO Brett Tromp of Discovery Health kicked off the conversation after the first of five spectacular courses and explained how the mindset of founder-CEO Adrian Gore is the key to the company's success. "You need to have a purpose and ours is to make people healthy and enhance and protect their lives," he said. Forbes recently listed Discovery as number 17 in a list of 50 companies that are changing the world - the only insurance company on the entire list.

(In the photo on the left: Brett Tromp of Discovery Health, Edward Maughan, Alicia Kistan and Nikunj Sharma of WNS, and storyteller Rob Caskie)

As a company that thrives on innovation, daring annual product launches and a can-do mentality, outsourcing has never been high on the agenda, Brett admitted. "We have always built everything ourselves," he said, referring to Discovery's big shared services centre in Port Elizabeth. 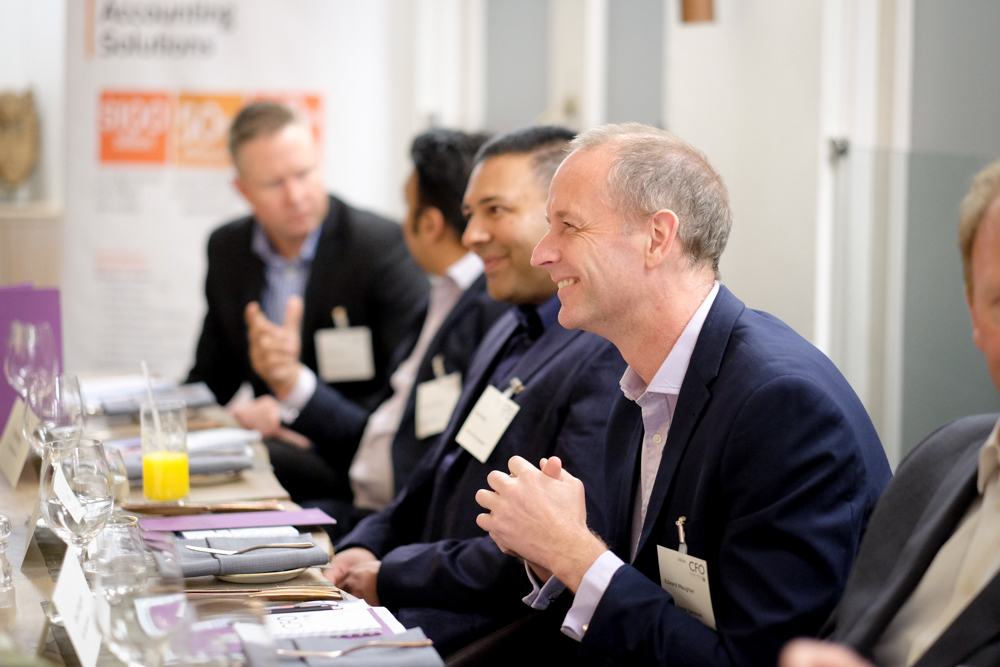 Nissan SA finance director Greg Field shared a very different story about an organisation where cost cutting has been so paramount that many services have been outsourced. Greg, Brett and some of the other CFOs candidly shared examples of projects gone right and projects gone wrong, with the experts of WNS being given ample opportunity to showcase their thought leadership in the field of business process outsourcing. 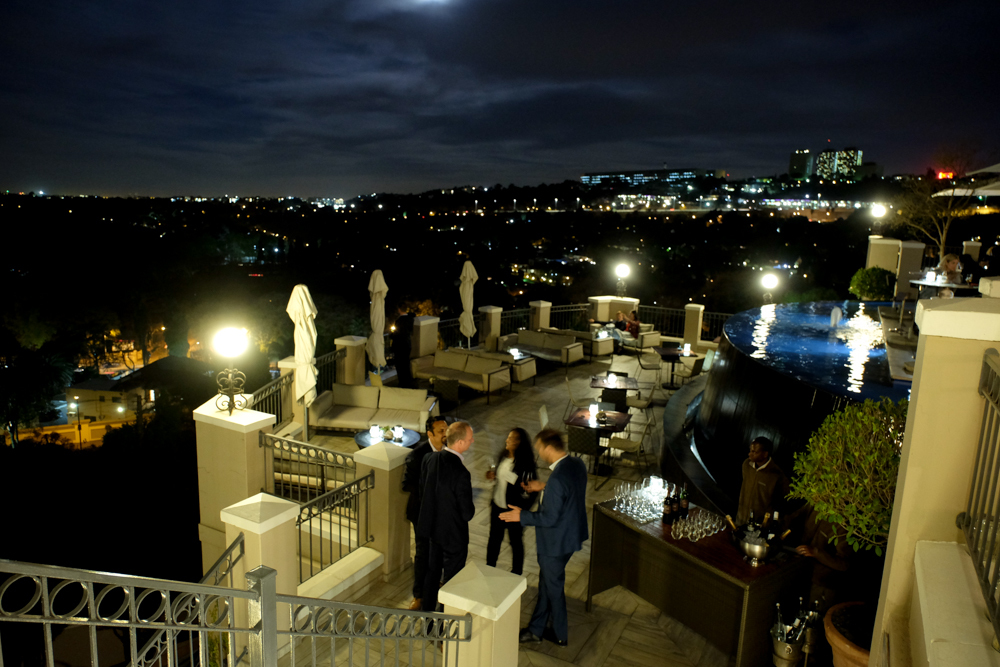 The conversation also touched on the emotional burden of managing - and sometimes retrenching - people, ways to keep working on the core business while email inboxes are filling up quicker than they get cleared, and the need to schedule time to think, something WNS staff in Cape Town do diligently and something that is advocated by Deloitte's audit boss Andrew Mackie in the most recent issue of CFO Magazine.

Finally, raconteur Rob Caskie, in his faithful short pants, passionately recounted the story of the Battle of Rorke's Drift, where a smallish crowd of British soldiers withstood the much more numerous Zulu army. It left the gathering highly energised and motivated and the positive spirit was palpable as business cards were swapped and follow-up meetings were planned between the participants.