As it happened: South Africa's top CFOs honoured at the spectacular 2019 CFO Awards

Six exceptional CFOs walked away with the finance profession's top honours at a gala dinner in Bryanston.

Under the autumn sky on Wednesday at the Dimension Data Oval in Johannesburg, South Africa's top CFOs mingled and networked before the start of the sixth annual CFO Awards, known widely as the "Oscars of the finance profession."

This year's theme was "adapt or die", reflecting the often-complex environment that CFOs navigate in their everyday reporting and implementation role in organisations, and the need to evolve in their roles or lose relevance. 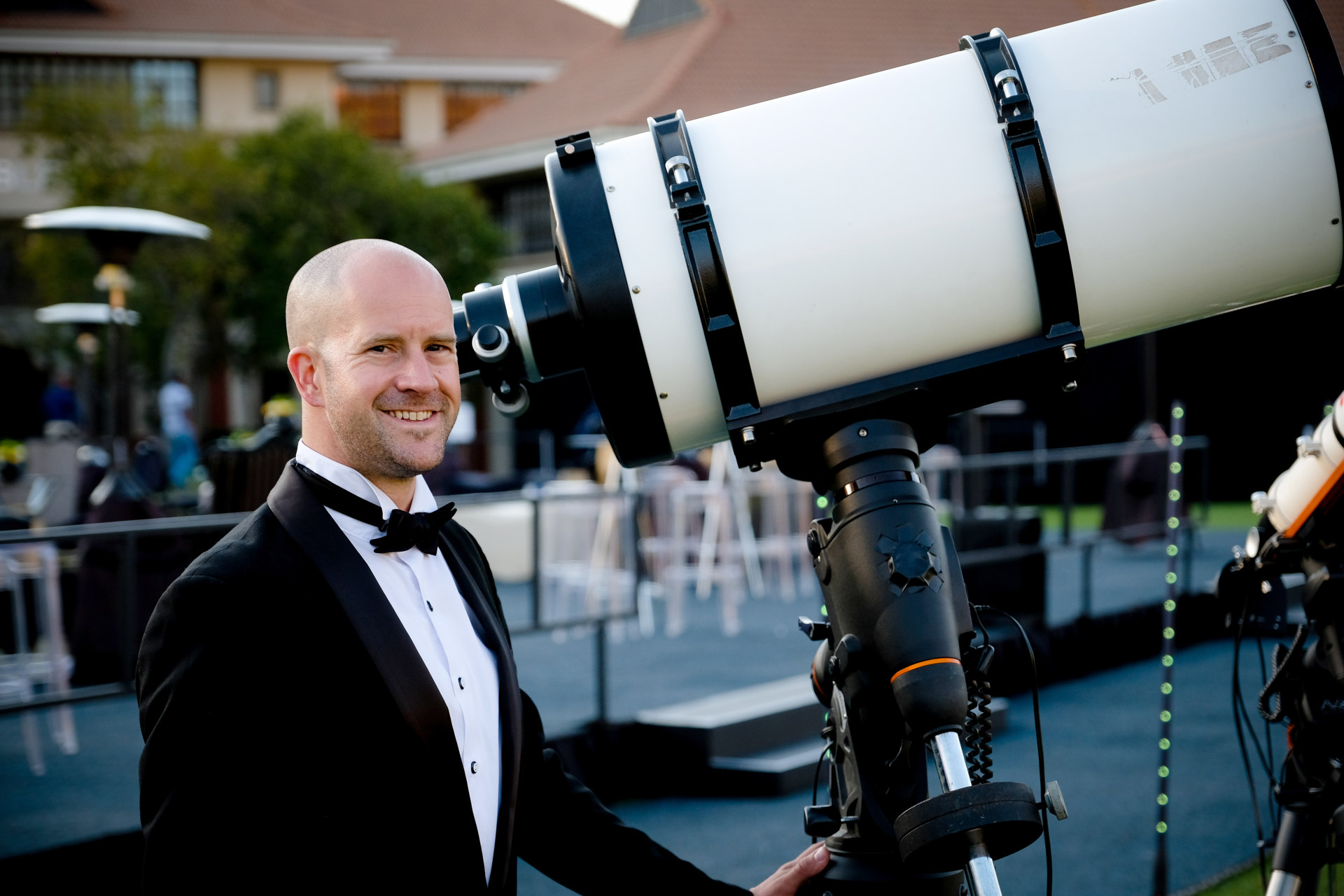 Awards of the awards - including CFOs decked out in smart tuxedos and flattering gowns - were treated to the evocative sounds of violinists, delicious chicken and vegetable canapes, and a viewing of the gibbous moon through a telescope with respected astrophotographer Cory Schmitz.

CFOs proceeded to marquee with a table setting decoration of black, gold and silver, and treated to a menu prepared by Franz de Waal, who is known as "the power chef". He prepared an excellent “adaptability” menu that was deliberately prepared with organic vegetables, free-range lamb and chicken - and without the environmentally problematic ingredients or leg and palm oil. 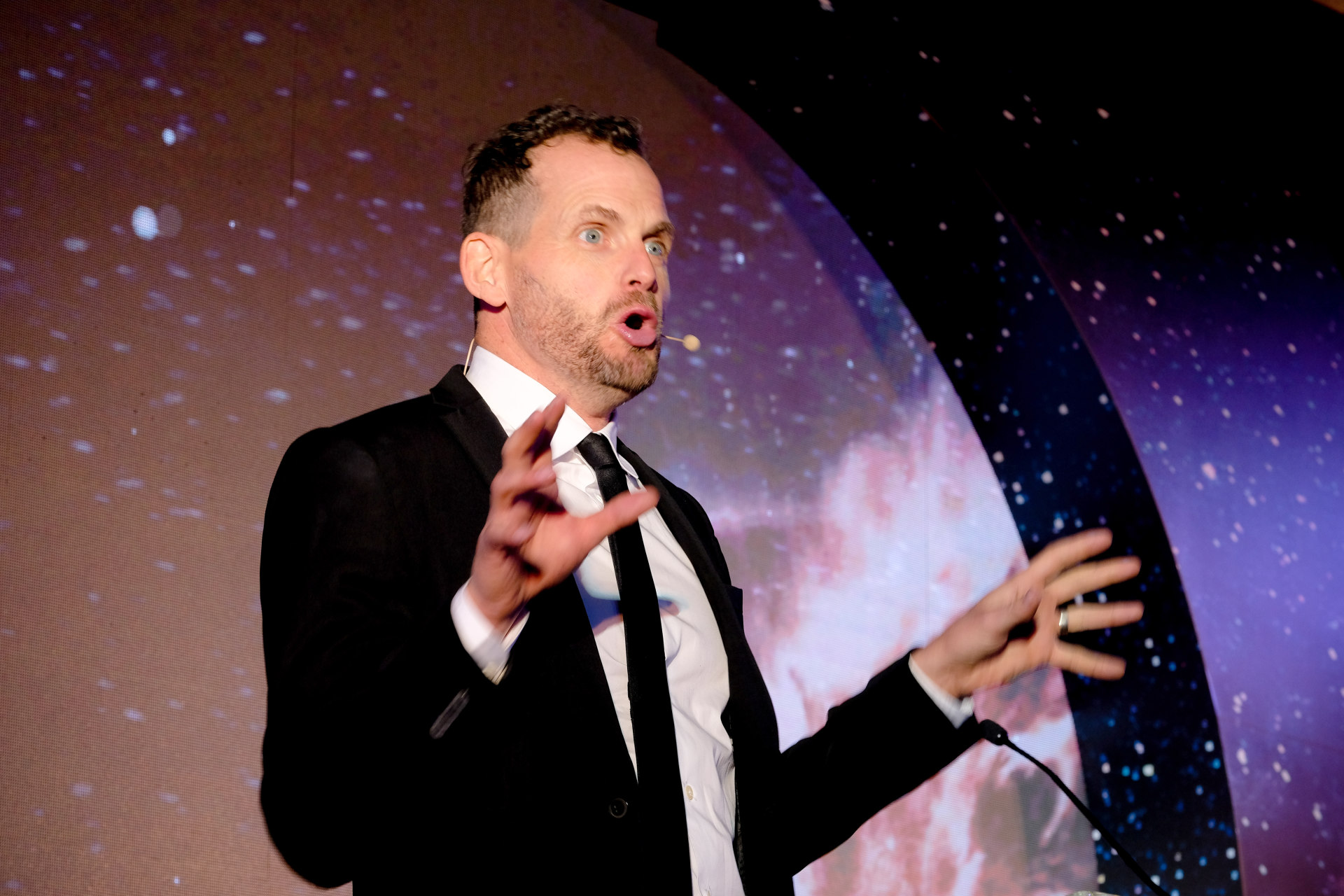 Prominent comedian Nik Rabinowitz returned to the CFO Awards as the master of ceremonies for the third year in a row. He threw humorous jabs at the audience and the entire finance professional:

“Last year's CFO awards theme was 'do the right thing'. I think these themes are built on movie themes. In 2025, the theme will be "Robot CFOs: Make sure they don't kill you," he said to an audience that burst into laughter. Arguably, this was the perfect moment of comedy for the audience, including the 18 award nominees - some of whom were visibly nervous - to let go and enjoy the evening.

Underscoring the importance of the CFO awards, newly appointed MD or CFO South Africa Joël Roerig said the event was a celebration of excellence in the finance industry:

“The CFO Awards have become a crucial date on the calendar for finance leaders to reflect and celebrate excellence - dress up, network, and share an amazing meal together. The event is also a part of a CFO community that is a trusted, safe space for CFOs and FDs."

He acknowledged past winners of the attendance awards including Simon Ridley, who won in 2014 as Standard Bank FD, Discovery CFO Deon Viljoen who won in 2015 when he was at Alexander Forbes, 2017 winner Till Streichert from Vodacom and AngloGold Ashanti 's Christine Ramon, who won in 2018. 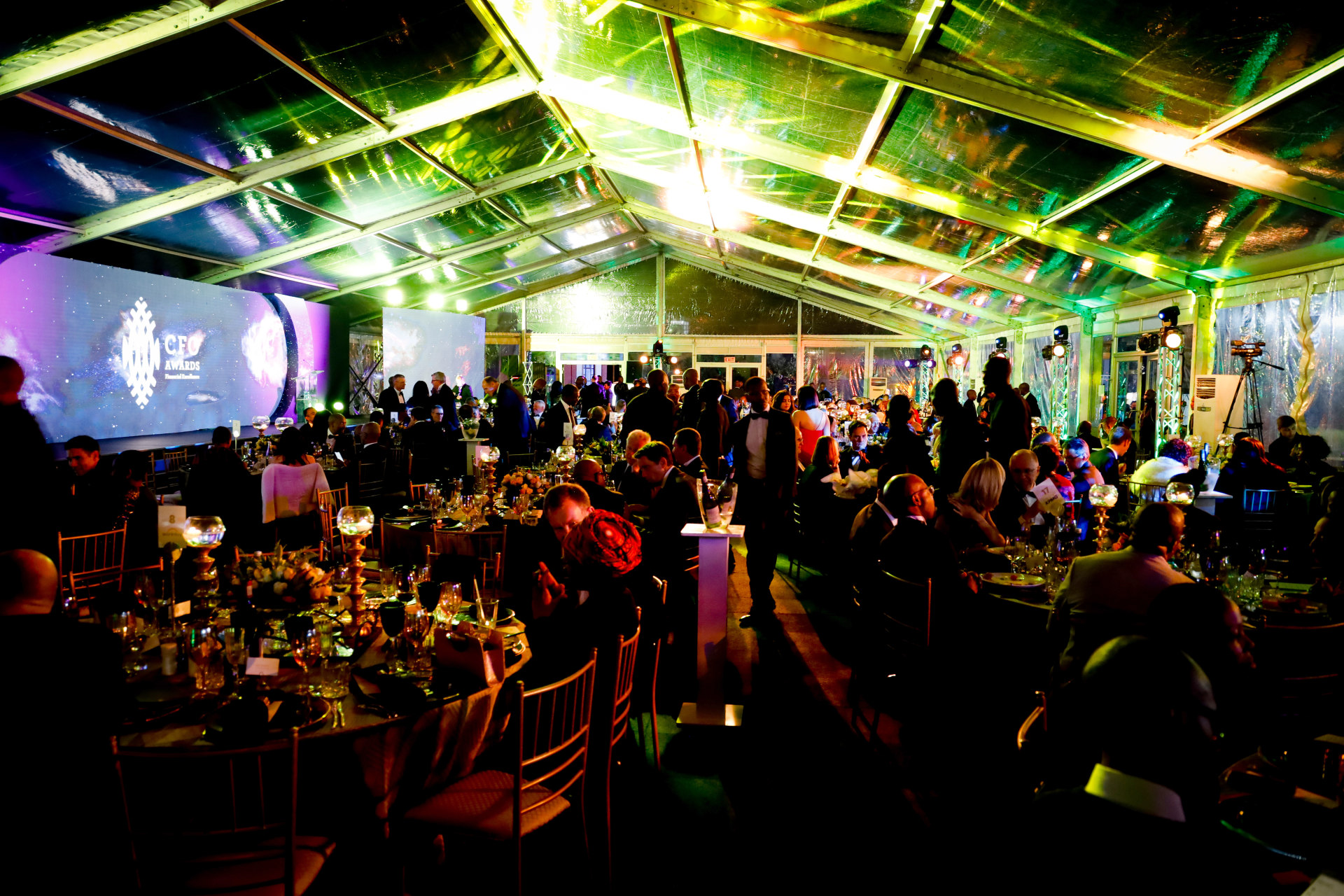 Trevor Brown , Deloitte chairman, said that Deloitte's support of the CFO awards is a sign that the firm is committed to the development of CFOs in the country.

“We are behind CFOs in the country and assisting CFOs to run their operations. Locally and globally, we have a fresh insight into every stage of their career, how to manage their roles, and adapting to strategic shifts in the market. We offer an intensive lab session for CFOs to shape their way of being CFOs, their stewardship, and operations,” said Trevor.

Ralph did not attend the Awards because he is working in Nigeria on the MTN's listing on the Nigerian Stock Exchange.

Read More: MTN Nigeria to list on Nigeria Stock Exchange on May 16 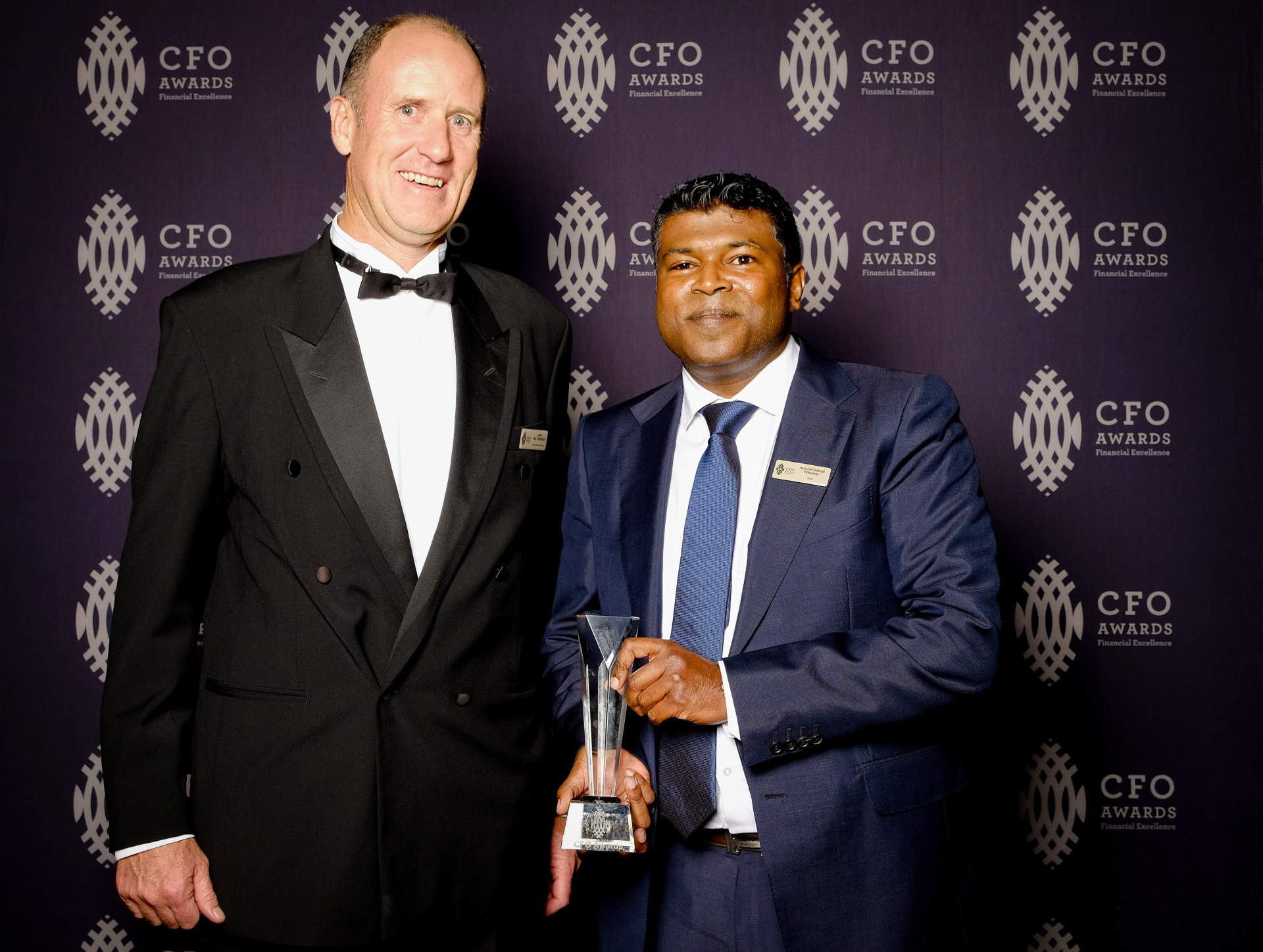 Ralph's awards were accepted by Sugen Perumal, a fellow board member and the executive for group finance operations at MTN, on his behalf. However, in an acceptance speech recorded in the case he won, Ralph thanked his finance and group executive team at MTN.

"This award is for the men and women of MTN who are making a fantastic contribution to the company," said Ralph, who described his team as dedicated and diligent, and thankful the team at CFO South Africa as well. 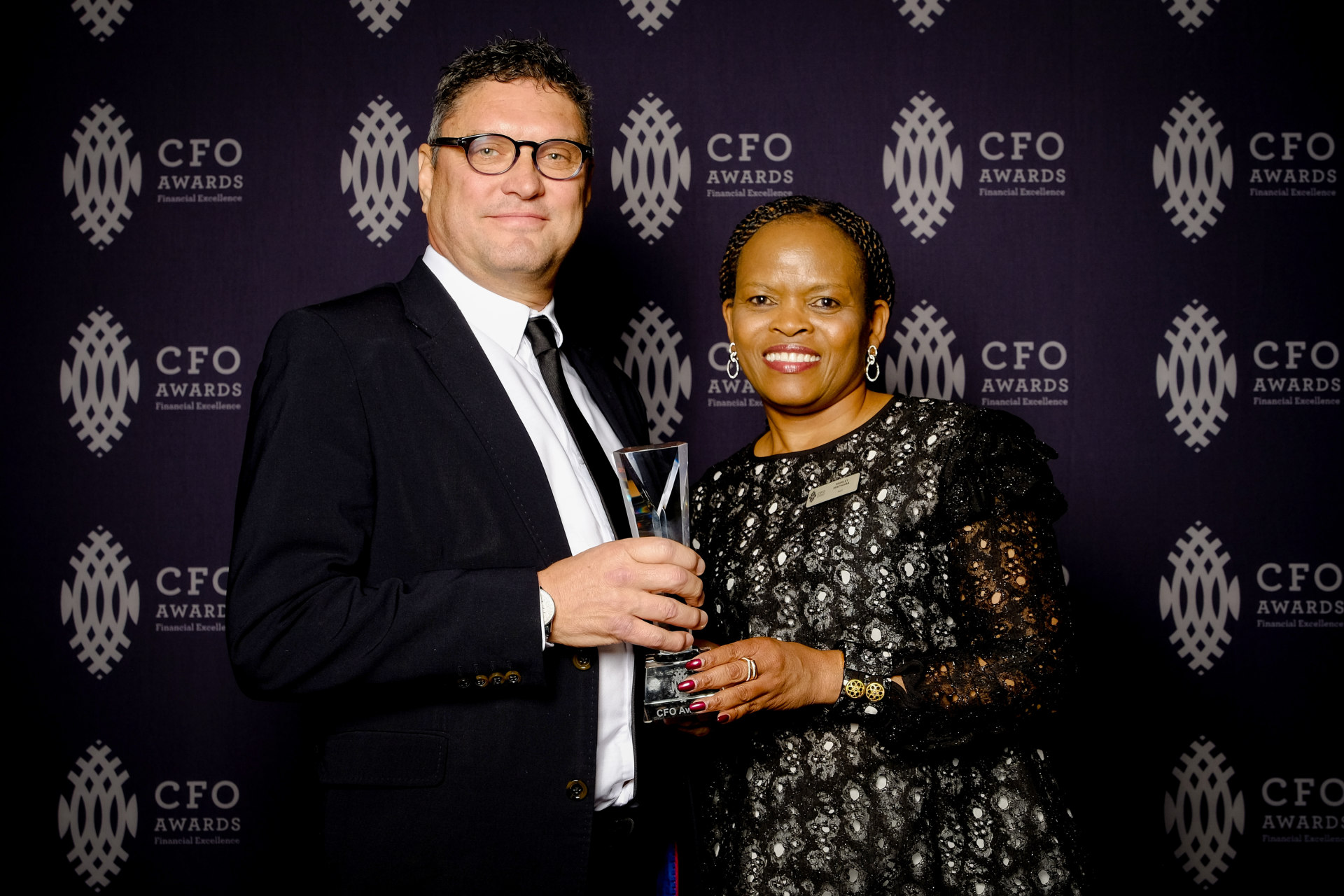 André Du Plessis, CFO of Capitec, walked away with the Compliance & Governance Award, handed to him by Shirley Machaba, partner at PwC Africa. He had the following to say about his win:

“The Capitec journey has been difficult but successful. We are told by investors that we need to relax now that we have many banking clients. However, we need to work harder and smarter every day to maintain and build the business to the next level. To transform the country, we need to work together to create jobs and inclusion. That's part of my job every day. We need to build the corporate governance that we had before state capture and governance issues. We always keep each other accountable." 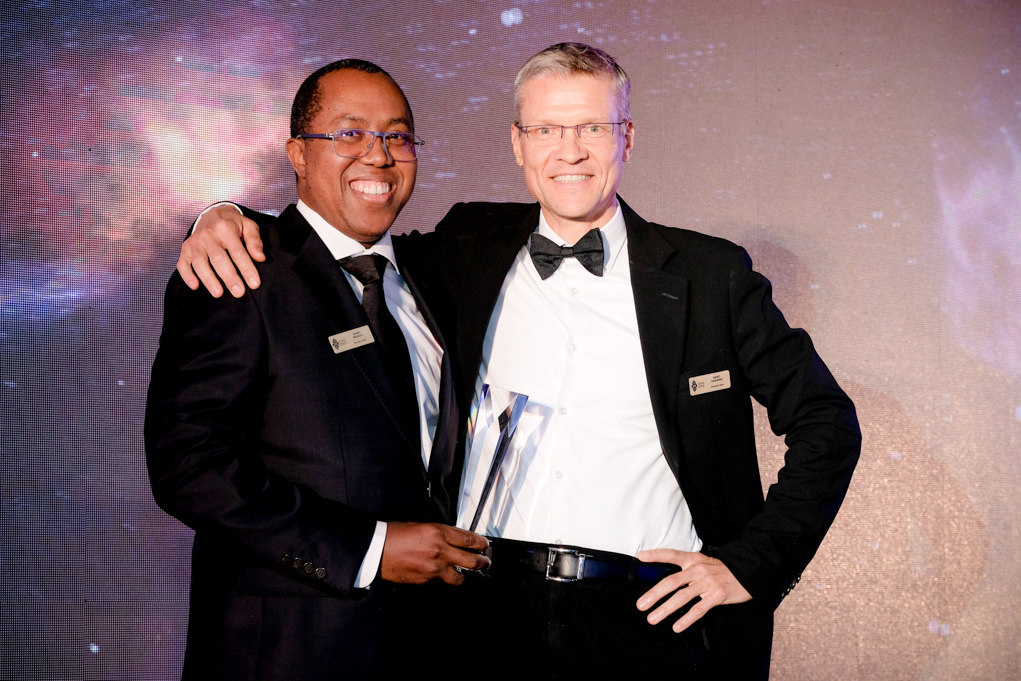 The Moving into Africa award was scooped by Arno Daehnke, the financial director of Standard Bank, and handed to him by a colleague, Isaac Malevu, CFO of Client Coverage, as the bank sponsors this award. In his award acceptance speech, the commercial bank's commitment to the African continent is strengthened.

“This year I will be visiting 20 Africa regions. For me, it is energizing to see what is happening north of Limpopo and the innovation we are seeing in the content. We are excited about this at Standard Bank.” 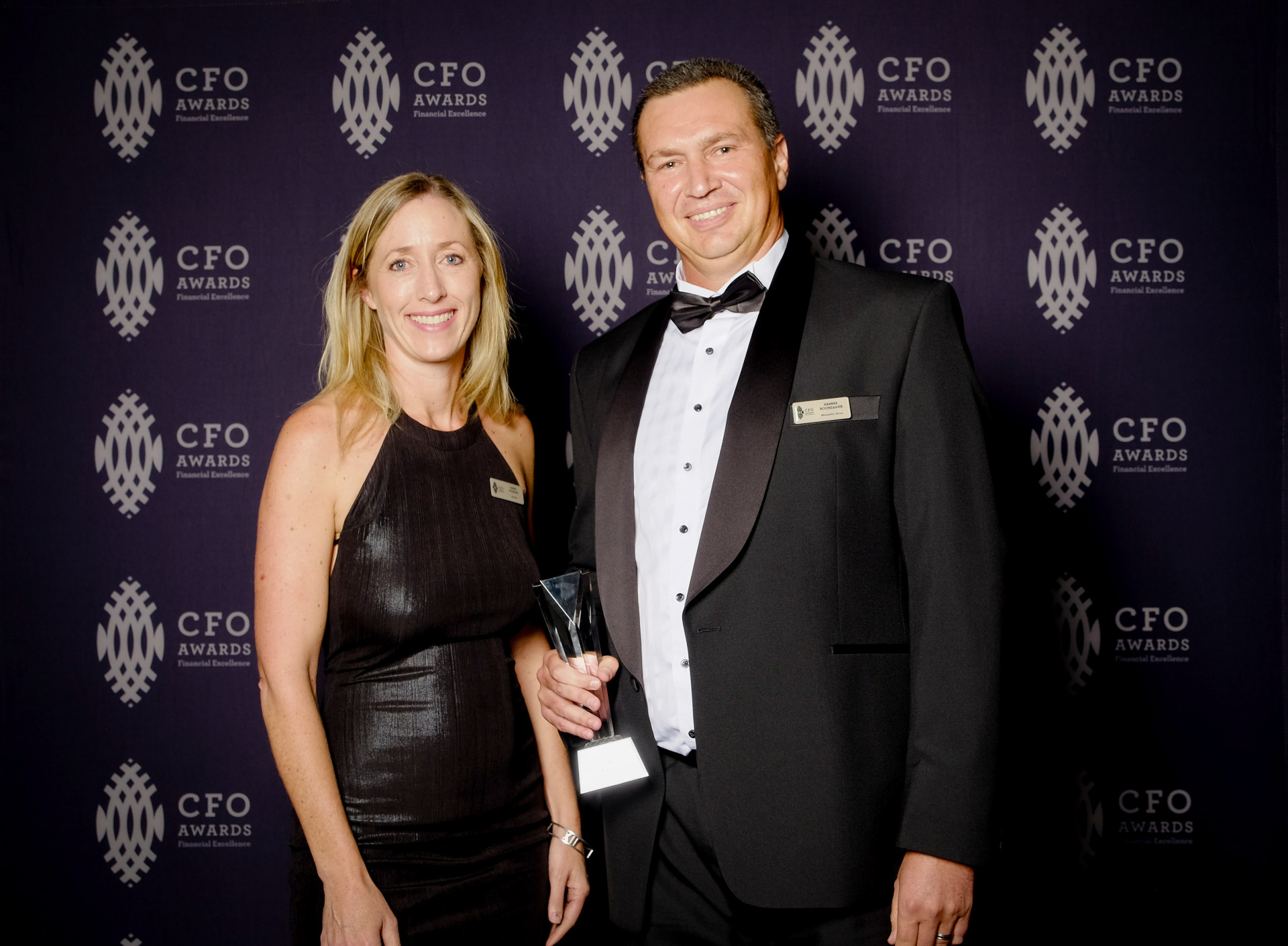 The transformation and empowerment award went to Hannes Boonzaaier, the group CFO at Afrocentric. In his speech, Hannes said he has faced peaks and troughs in his career.

“I've been through the highs and lows of performing due diligence, closing companies, winning and losing contracts, dealing with customers and their unreasonable demands. It wouldn't be possible without my team that has supported me and AfroCentric that has allowed me to go to different countries." 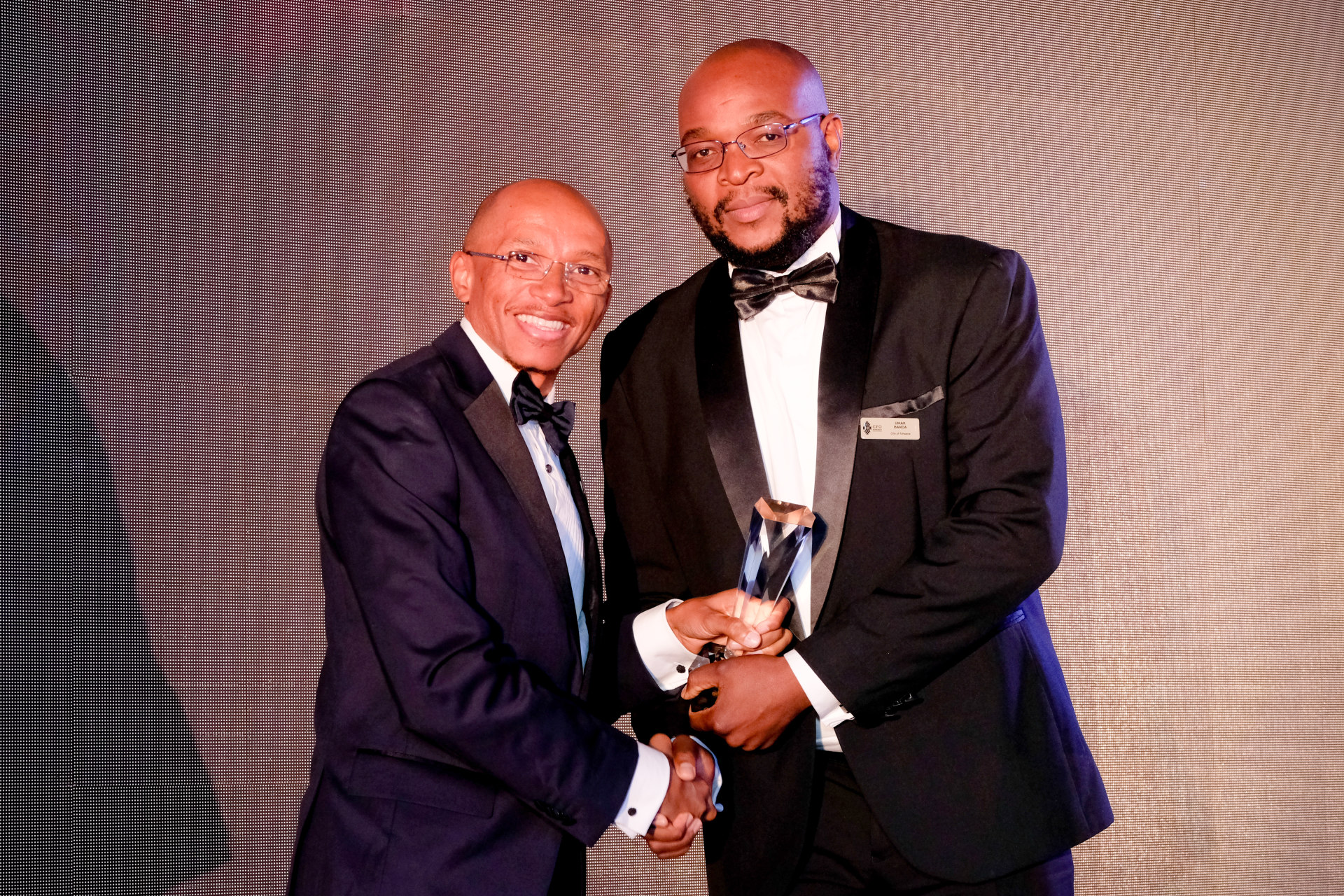 City of Tshwane CFO Umar Banda won the Young CFO of the Year Award, received from Zuko Mdwaba, regional managing director of Workday. Umar said it's important for young people to be an opportunity to lead and demonstrate their skills in the finance industry.

“A lot of CFOs and senior executives are close to retirement. When I started at the City of Tshwane, I never thought I'd be the CFO. But it was with the support of my team that I grew in my profession. This country needs young people to provide ethical leadership to get the country out of the mess." 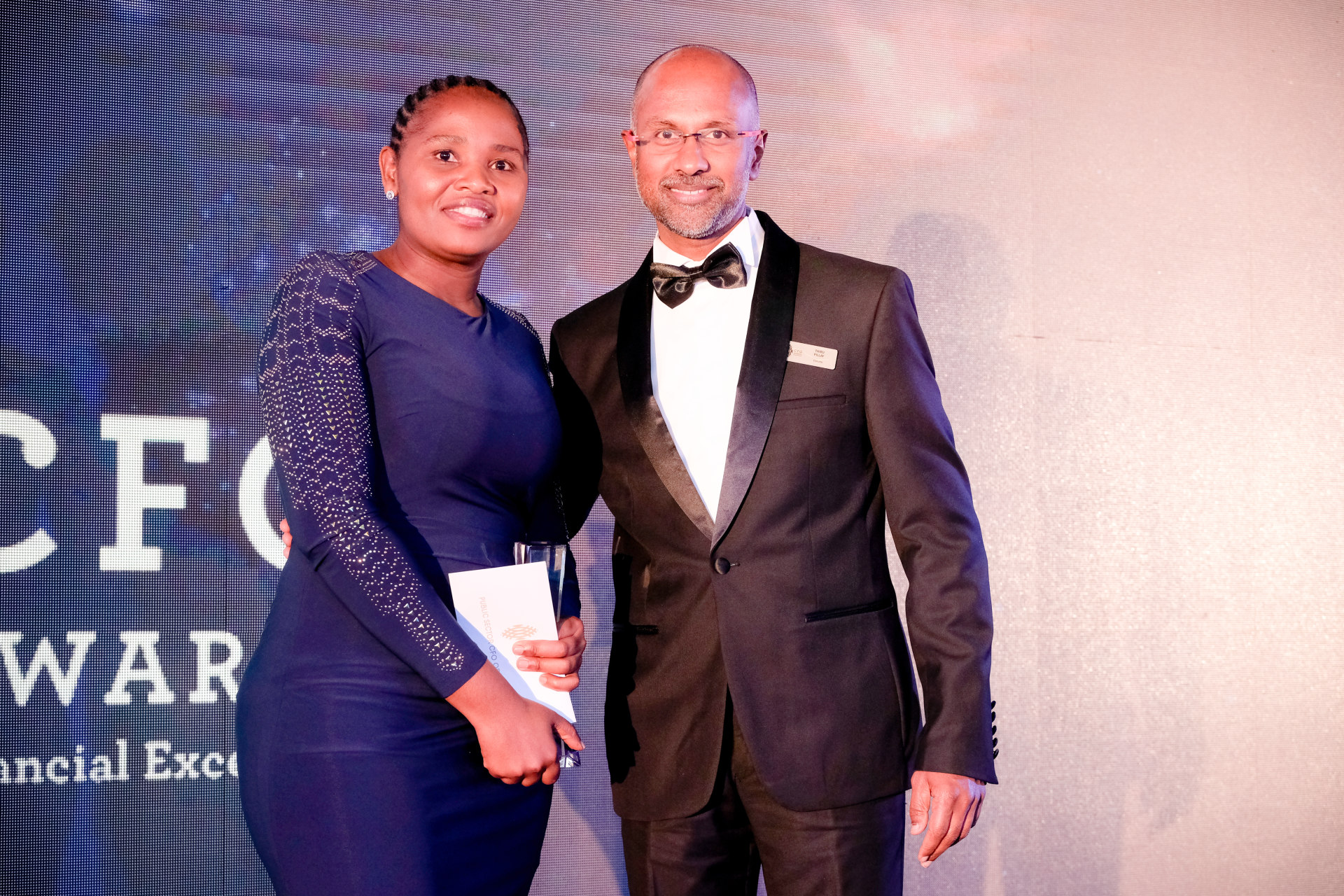 Nonkululeko Dlamini, the CFO of the Industrial Development Corporation was awarded the Public Sector CFO of the Year Award. She was also not in attendance but her colleague at the IDC accepted the award on behalf of Thiru Pillay, consulting leader of Deloitte Africa. 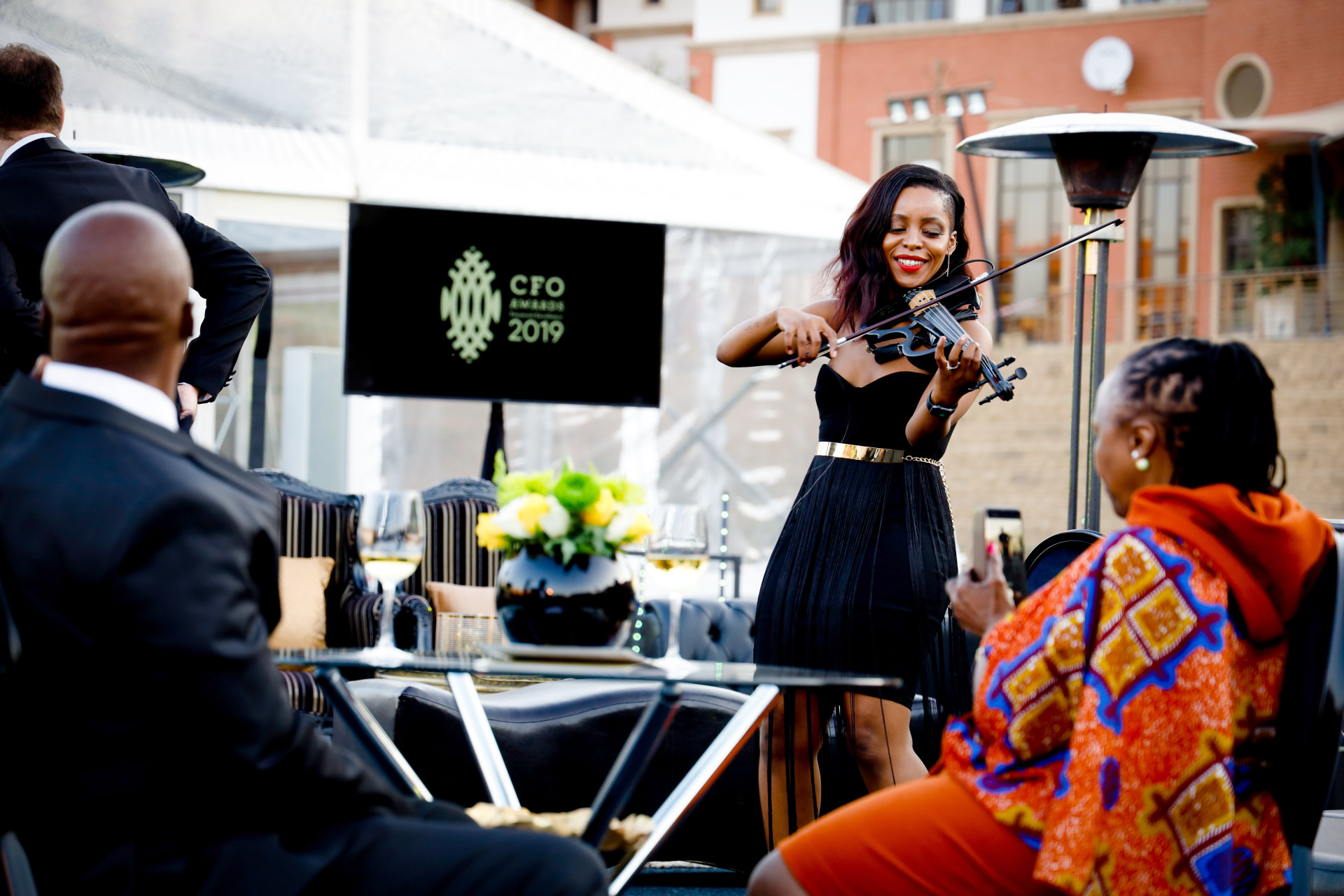 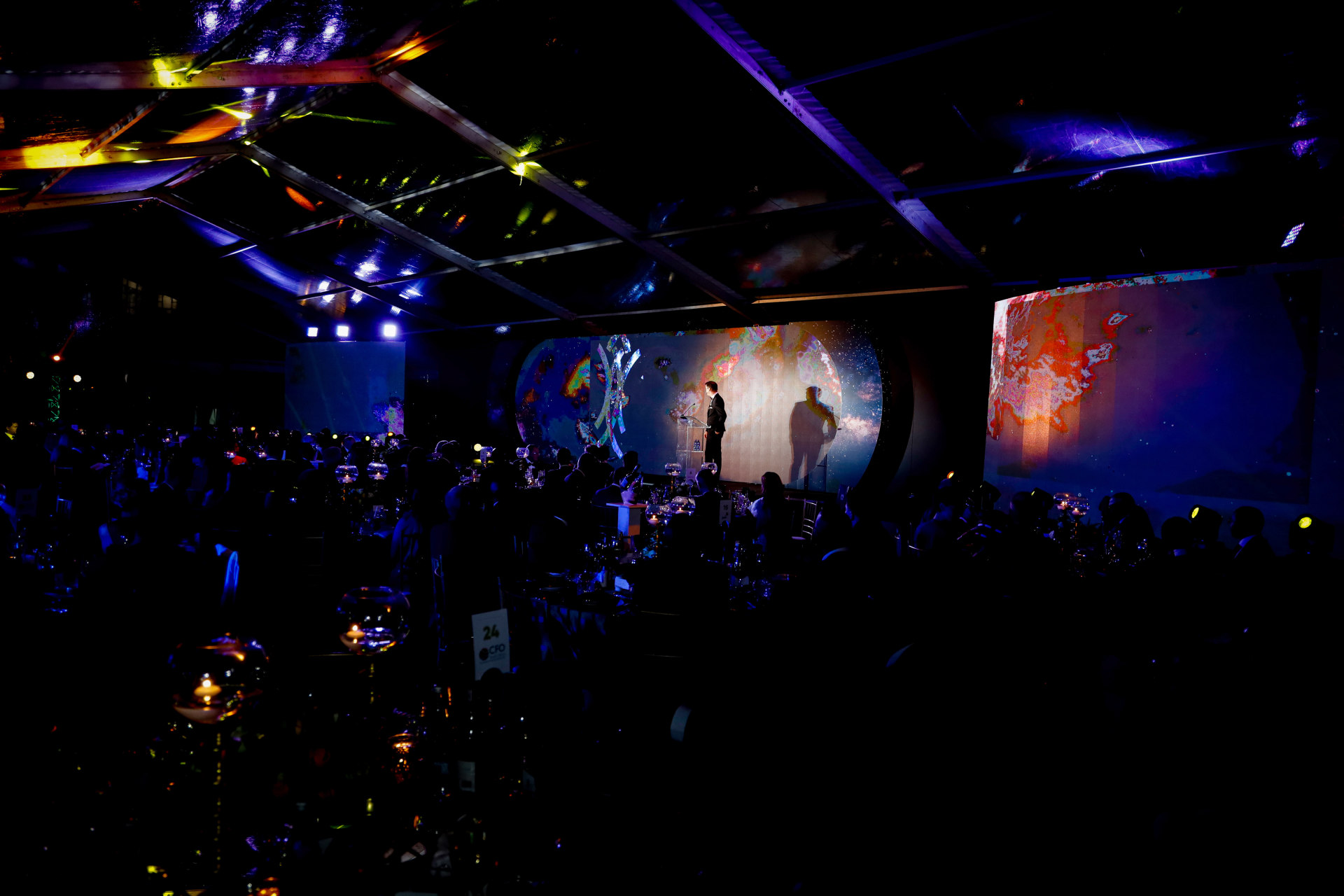 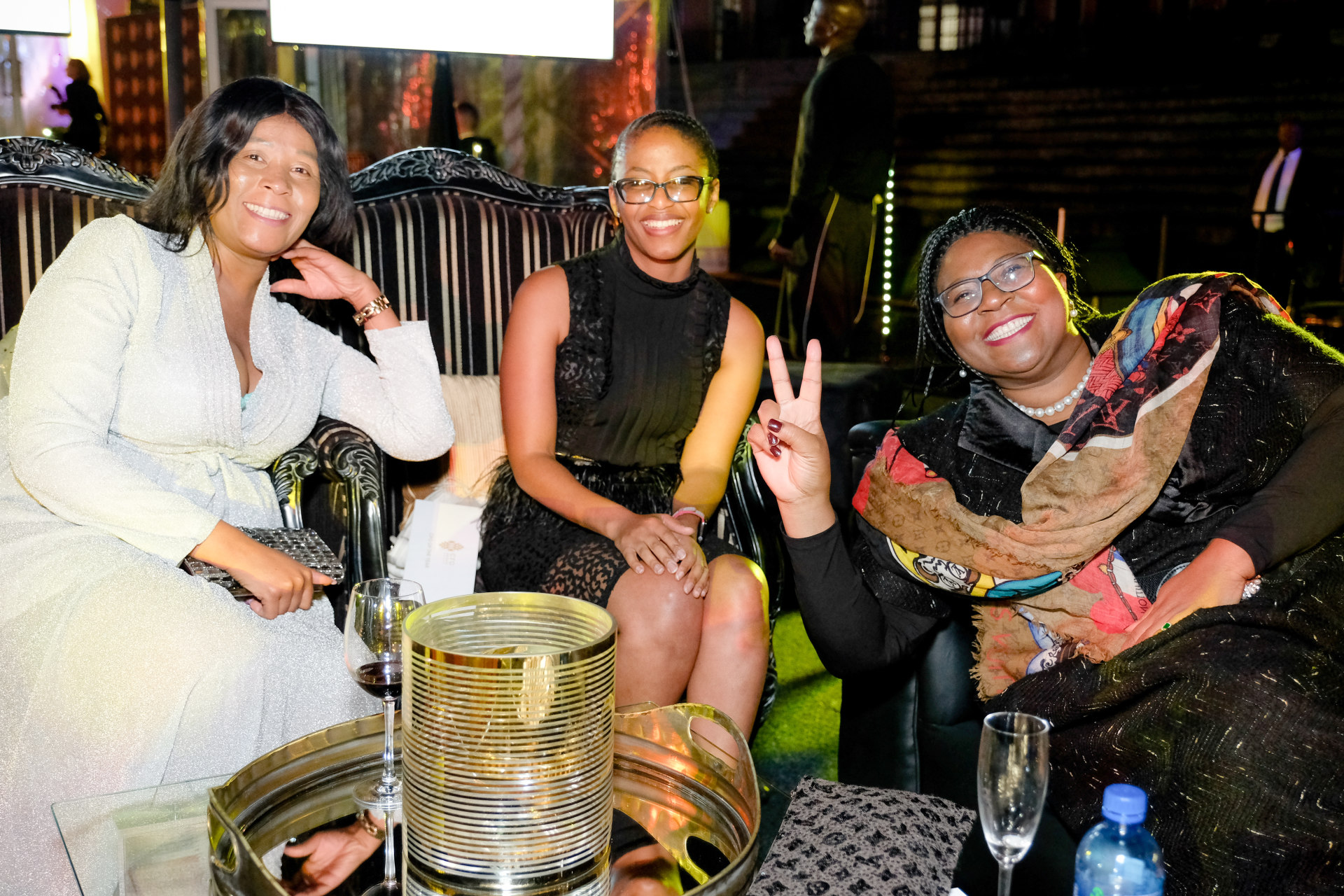 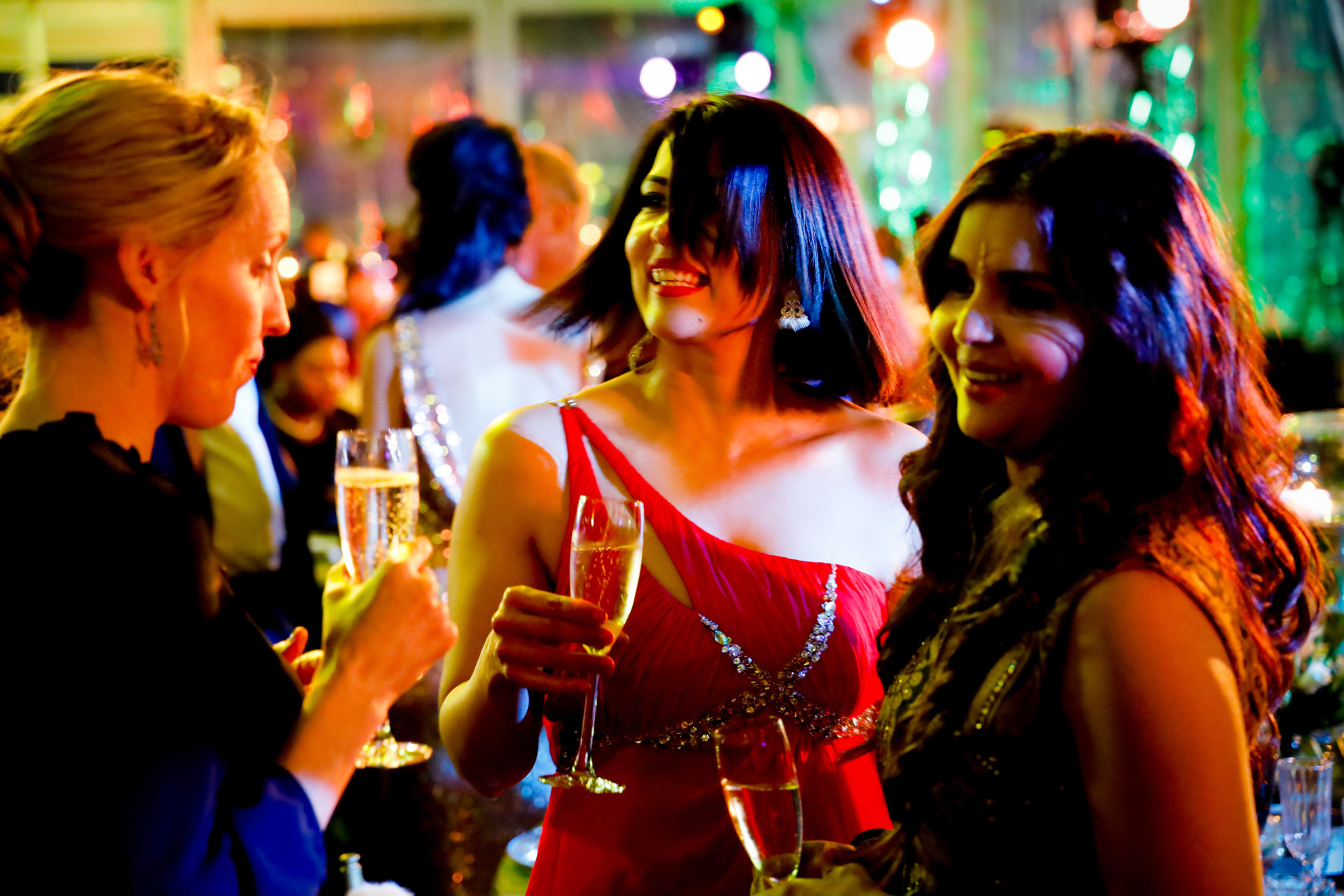