After transforming the chemical behemoth’s information technology and business systems, award-winning CFO Wayne Koonin is now stimulating Omnia’s growing appetite for acquisitions. “Omnia is an incredibly complex business with a lot of depth and an unlimited number of challenges, which suits my personality.”

Based in Johannesburg, and with operations in 15 African countries and six international nations, Omnia provides customised, knowledge-based solutions through its agriculture, mining and chemicals divisions. A giant of the industry, with a R16.8 billion turnover, a staff contingent of some 4,400 people, and over six decades of experience, Omnia recently underwent a departure from type by taking a 90-percent stake in Umongo Petroleum in an acquisition which Wayne led.

Not known for its M&A activity, Omnia sought to complement its existing chemicals division capability by investing R780 million in the Durban-based petrochemical distributor but, according to Wayne, the move doesn't indicate a change in strategy. He explains:

"The core business strategy hasn't changed fundamentally. We have been a pan- African company for the better part of 30 years now and continue to develop our existing business in South Africa and sub-Saharan Africa. What has started to shift in the business is our international strategy, where we are looking to grow more organically and potentially through acquisition. We've started to look at potential opportunities in various jurisdictions."

Acquisition process
The livewire executive, who was educated at the universities of Toronto and the Witwatersrand, says the nine-month negotiation and acquisition process of Umongo Petroleum that began in September 2016, involved a detailed due diligence and a complex negotiation that needed to culminate in an agreement that had the approval of the key international suppliers. The transaction is expected to be completed before calendar year end.

"Umongo presented an opportunity to close a gap in our chemicals portfolio. Prior to the acquisition, our chemicals division had exposure to every sector in the economy except for petroleum, additives and lubricants. With Umongo, we've complemented our existing suite of products and services and will be able to leverage our existing footprint and capability into Africa. Although we were targeting the possibility of adding a fourth leg to the Omnia group based on our core competence of chemicals and services, this opportunity was not one to be passed over," says Wayne.

He readily admits that Omnia had been "very quiet" from an acquisition point of view. "The group has evaluated many opportunities over the past several years but didn't find something that was appropriate or aligned to the strategy. We evaluate various opportunities for each of the business units and run them through a proper evaluation process to assess the acquisition potential. Working with a team of internal and external people, this is an important part of my portfolio and creates a lot of opportunity to shape the future direction of the group. Our stated objective is to increase the proportion of revenue generated from outside South Africa from the current level of approximately one third to half the total revenue."

Mammoth undertaking
The Umongo acquisition was announced on the morning of the CFO Awards 2017, which took place in May, when Wayne took home the Finance and Technology Award. He was recognised for leading a strategy to implement a new, company-wide Microsoft Dynamics AX ERP system and a new, group-wide IT platform as a basis for taking the business to a new level. The mammoth undertaking has been underway for just over two years and has already started to deliver significant benefits for the company. To date, there are more than 100 projects that have been delivered, and the main ERP systems in two large businesses go live before calendar year end. The pipeline of projects for 2018 is on track and Wayne remains confident of his team's capability to deliver against a very tough mandate.

"The project is really starting to peak now. It has given us a platform to consider potential acquisitions, which invariably require some form of integration from an operational, financial or control point of view, which should always form part of the game plan. Strong systems are a critical part of any business and whether to acquire something that is at that level or you are required to implement new systems, this remains an important part of the acquisition process."

Wayne says he has had fantastic support from the Omnia board to expand his team and securing new hires for key positions to free himself up to spend more time on the more complex areas of his portfolio. The new talent has lent a fresh perspective to the organisational thinking and he is looking forward to further developing these structures in the future.

With a wide range of experience covering several key areas of a business, coupled with a great deal of international experience, Wayne sees his role as multidimensional and dynamic. He points to his ability to "stretch the elastic" and apply his innate creativity to solve problems as a key factor that sets him apart from traditional FDs. Wayne is the strategic champion of technology at Omnia, working alongside a head of IT who handles the day-to-day affairs. He maintains that having a handle on the function will be a prerequisite for CFOs of the future, as IT and systems is the key underpin to any successful business.

End game
"The CFO of the future needs to have a much stronger handle on IT and the impacts of system because the impact of technology is only going to increase. In companies where the CFO is not necessarily strategically inclined towards IT, you find a very siloed approach and a disconnect with the finance function. My role allows me to look at the end game and make changes to the base to achieve the end results, whether it be reporting or managing a business," says Wayne.

"As a CFO, you have to be able to differentiate yourself in the market and go beyond being a solid accountant. My career has been characterised by shorter stays in organisations, which involved doing a lot of things at a very complex level, particularly driving high risk turnarounds that draw on every ounce of your capability."

"What I've done in 20 years, many people don't cover in 40 years, so it has provided a steep learning curve and the opportunity to gain a lot of experience in various disciplines."

"Omnia is an incredibly complex business with a lot of depth and an unlimited number of challenges, which suits my personality and creates a lot of opportunity to apply my skills." 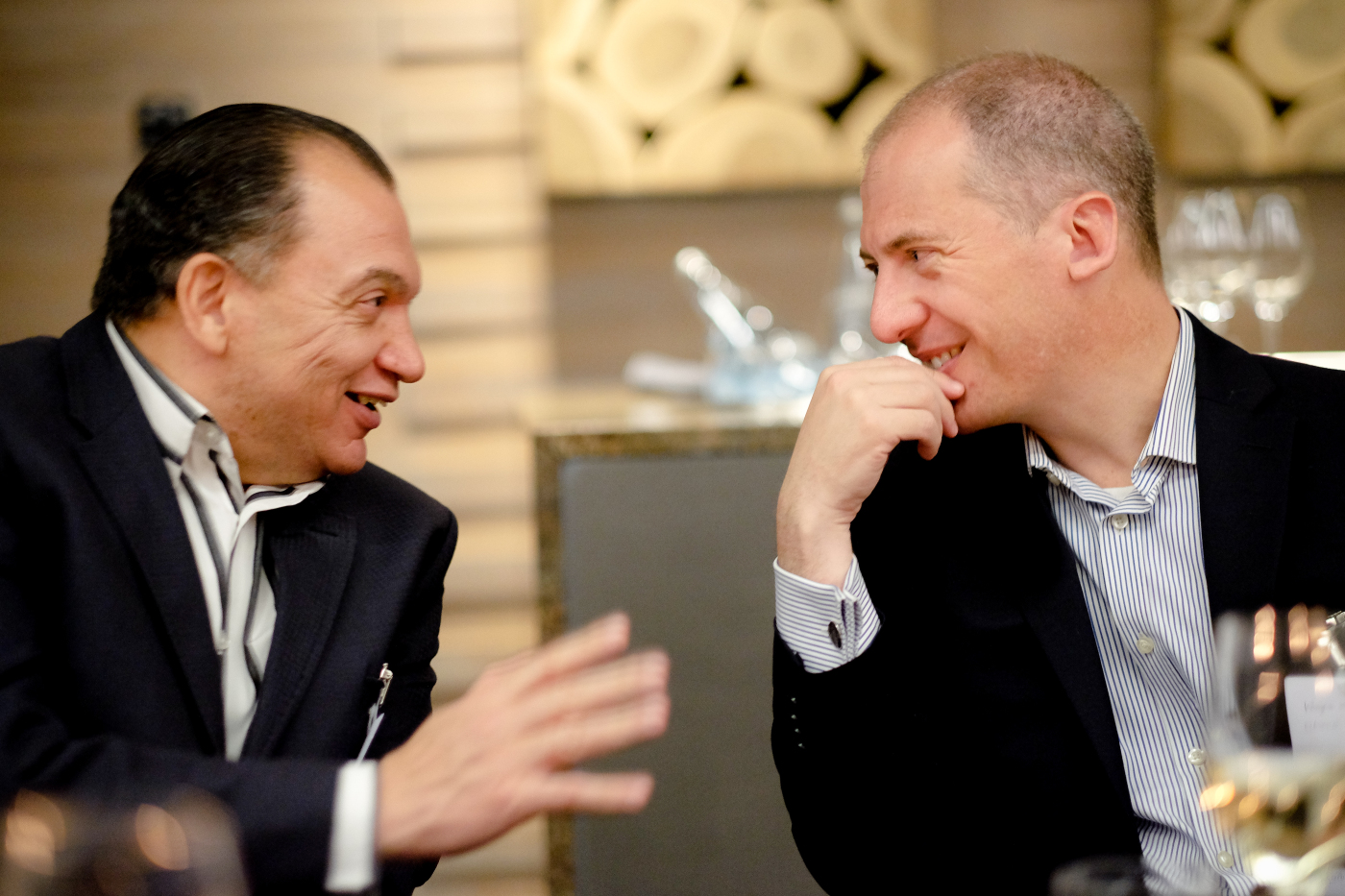 Despite operating in a challenging economic environment, Wayne remains bullish about Omnia's prospects going forward. "We still need to run the business irrespective of these type of external constraining factors. We've been around for a long time and play a key part in the economic prosperity of sub-Saharan Africa. You've got to be sharper, you've got to be more agile, you've got to be able to respond to the market opportunities, and you must be able to really focus on your costs and operating model. If you can counter the local issues by moving into other countries or internationally, you create that counterbalancing effect and diversify earnings."

"Our business isn't a fashionable one but the core is fundamental to the day-to-day mechanics of the economy," says Wayne. "I think the economic cycle will remain tough for the short to medium term, with the political landscape creating unnecessary uncertainty for businesses. We are looking to 2018 with a degree of optimism. The mining sector is improving, the drought is over and while the chemical sector is still challenging, it gives me a little more scope to come back with a bigger story - a better story."