Rina started travelling for work, then made it her passion, and now feeds it back into her working world.

Travel started out as a daunting work requirement for Bravo Group’s Rina van der Merwe, but as soon as she faced up to the challenges of those early business trips, she realised that there was so much out there to discover, and she went on to shape her life around seeing as much of the world as possible.

Rina’s professional travel demands started when she was working at BHP Billiton as senior internal auditor in her early twenties. The first time she travelled outside of the borders of Africa, she flew to the Hague where she had to catch a train and then a taxi to the apartment where she would be living by herself.

She recalls being very nervous and unsure whether she would be able to manage on her own. She made the rookie error of packing a very heavy bag that she had to cart around on trains and in taxis, which was the first lesson she learnt in travel: pack less than what you think you will need. “You really only need your passport, phone with internet and a credit card.”

Looking back, however, Rina can’t think of an easier country to travel in than the Netherlands. “But at the time, my fear was real.”

The realisation that she could look after herself, make decisions and figure out how things work without too much of a problem, was an experience that she was very grateful for. It was the start of her love for travelling. “It taught me that I am capable of more than I think,” she says.

Asked what advice she would give her younger self, Rina said that when you’re younger, it’s as if the crisis in front of you is the only thing you see. “Sometimes you look at where you are and you think ‘how did I make this decision?’. If you look back, you often realise that those moments were the ones that got you to a position which enabled you to take the next step. You learned something. Even if it may not have been a nice lesson at the time, it gave you the capacity for the next step.”

In a previous position, Rina left the organisation because she felt that a senior person was behaving unethically. Even though she reported the person on various occasions, his managers found it difficult to address the situation. She loved that job and working at the company and if it hadn’t been for that uncomfortable issue with the senior person, she probably would never have left to find more challenging positions that provided her with more personal growth. “The good news for the organisation was that they found their ethical backbone after I resigned and the said manager was taken to task and subsequently left the organisation,” she adds.

She says that when you have a tough day or something rough is going on, it’s important to remember that this too will pass. “At the moment it might feel like this insurmountable crisis, but one or two weeks later, when the dust has settled, you can look at it with more perspective,” she adds. “Don’t act immediately, give yourself a little bit of time. Often it’s not as bad as you think.”

Further journeys in work and life

Further business travel opportunities presented themselves when she moved to Barloworld as senior internal audit manager. She was sent to Scandic countries like Norway and Sweden to perform internal audits on the then newly acquired Scandinavian Avis businesses. The travel bug had bitten and what started as a professional requirement quickly became a way of life for Rina, who was hooked by the opportunities for discovery and growth that travel offered.

“Every place has something unique to offer. That is what I love about travelling; it’s the adventure of discovering something new.”

She tries to apply this ‘discovering the new’ to her role as Bravo Group’s CFO. She sees herself as playing a big part in changing the way things have always been done at the lounge and bedding manufacturer. “Bravo has a heritage of over 120 years in South Africa with people who have worked here for many years and have tremendous knowledge, but sometimes also have a reluctance to question or change what they have done for many years,” she says. “The way I approach it is to ask why we do it, how we do it and whether there is a better way to do it.”

Rina believes that change shouldn’t happen just for the sake of change. “We should know why we are doing what we are doing and investigate if there is a better way of doing it.” A simple question to management about Bravo Group’s stock-buying practices started an investigation into their stock levels and a review of its buying and ordering practices, which resulted in a significant cash-flow improvement for the business.

Lessons from around the globe

Today, Rina travels with her husband, Jaco, whom she married only two years ago when she was 40. With their jet-setting lifestyle, she doesn’t think it’s fair to have any children or pets because of the demands on her time from work and travel. “When I speak to my friends with kids, they can’t see their lives without them, but we fill our lives with other things,” she says. 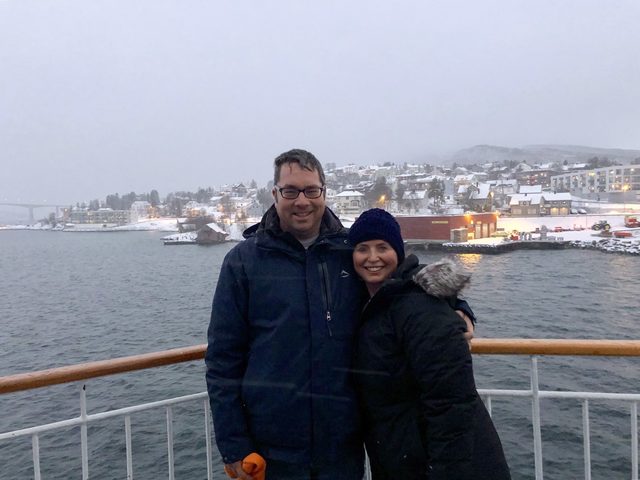 Norway
Rina and her husband have travelled to Norway, where they crossed the Arctic circle in the middle of December. “We had around four days of no sunlight. It would turn into something like dusk for about three hours and then go very dark until the moon and stars appeared.”

She says that she felt immense relief when they had actual sunlight again, even though she didn’t realise she was missing it at the time.

On this trip, she did see the Northern Lights but only very faintly. “But it was still amazing. What they don’t tell you about the Northern Lights is that it’s very seasonal and you should actually go around September,” Rina says. “It also goes in cycles, so some years you see it brighter than others.” 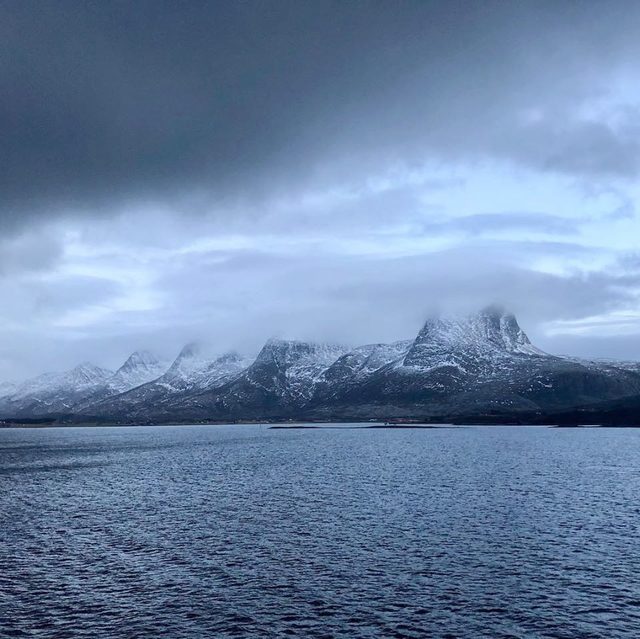 Seychelles
Rina sailed around Seychelles on a 44-foot catamaran with friends and family for a week. “It is very close to glamping, but you have access to the most spectacular beaches and islands in the world at a fraction of the price.”

In fact, they loved it so much that they have done it twice. 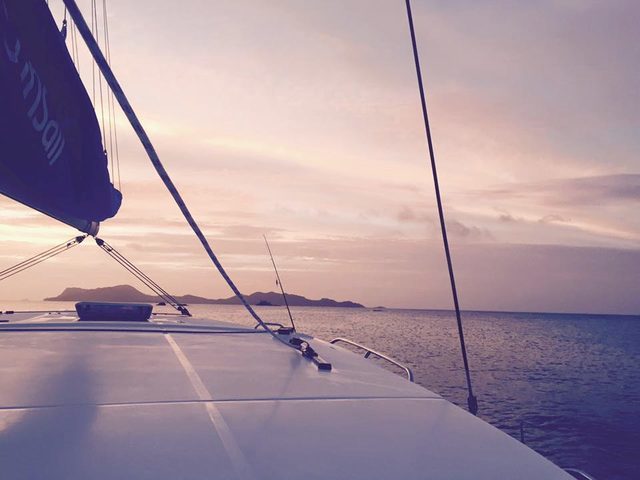 Pangkor Iaut, Malaysia
When they were on their honeymoon, Rina and Jaco went to Pangkor Iaut island in Malaysia as one of their destinations. “I was a bit worried that we were going to get bored as there is only the hotel on the island. It is very exclusive and we usually enjoy seeing how the locals live and where they hang out, and try to avoid the tourist traps. But it turned out to be very relaxing,” she recalled. “The hardest decision for the day was which beach to go to and what to have for dinner.”

Helsinki, Finland
Helsinki was a beautiful country for Rina, but it offered much more than the aesthetics. “Finland is a beautiful country, instead of seeing only the typical older buildings that can be seen in the rest of Europe, you get modernism. For example the Kamppi Chapel, which is also known as the Chapel of Silence as it is meant to be a place of silence or meditation in a very busy city.”

Other interesting buildings were the Temppeliaukio Church, otherwise known as the Rock church, carved entirely out of rock or the Sibelius monument, dedicated to the Finnish composer Jean Sibelius. At the time of their visit, Helsinki just erected the hotel room designed by a Japanese artist, called the Hotel Manta of Helsinki, which is built around the statute of Manta in Market square. It was an open exhibition space during the day and a hotel room at night.

Rina considered Helsinki a very enlightening experience. The most interesting part of the trip for her was seeing how inclusively their society functions with old people or people with disabilities still living active lives. “I thought it was just wonderful to see how people support and respect more vulnerable people and seem to take care of everyone with needs, without any stigma.”

Rina believes it is a lesson that you should take care of everyone around you; young, old, or very junior in the organisation. “I have often seen that the people who make our tea or do the other less recognised jobs in our companies see more of what we need to improve in our business than we would ordinarily give them credit for. Having a real conversation with staff at the lower levels can be invaluable.” 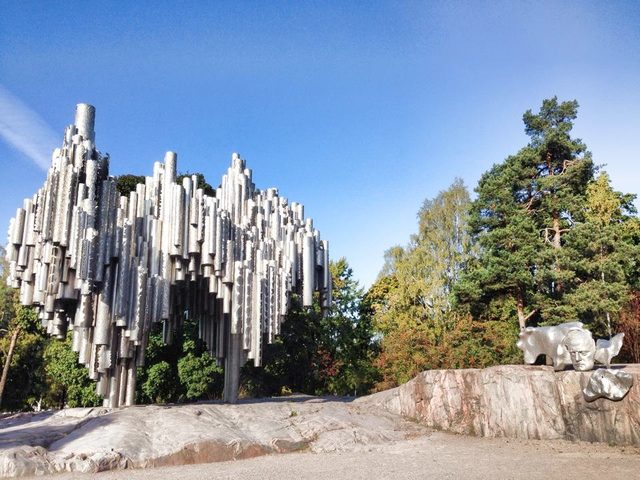 Chile
Rina also went to Chile with friends and spent part of the holiday hiking through the rural south-central part of the country, which was virtually uninhabited. “It was some of the most beautiful scenery I have seen, but it was very difficult to hike through, as it was very wet and muddy.”

They were hosted by the local community who could only speak Spanish, which they hardly understood. She looks back to that part of the trip with fond memories, even though, at the time, it was physically and emotionally taxing. “It’s a reminder that often when things are tough you may be making some of your best memories and form the best friendships,” she says.

“Now that I am older, I realise how small the world has become and how every business – small or large – truly competes on a global stage. At Bravo we realise that we don’t only compete with our South African competitors, but our design and quality should measure up against the best in the world.”