CFO of the Week: Austin McDonald (Promasidor): choose the consumer over the product

When Austin McDonald became a Chartered Accountant, he was already “the world’s worst engineer”. Although he is a self-professed “maverick” the Finance world has clearly suited him much better than engineering did, especially after he joined the family’s business: Promasidor. Now his CV boasts a successful rescue operation, a handsome R9 billion annual turnover and unequalled insight into African opportunities. “When looking at African countries, be consumer driven and not product driven,” he advises.

The company was started in 1979 by McDonald’s British father-in-law Robert Rose, who lived most his life in Zimbabwe. Promasidor now sells various food products throughout Africa and has built various iconic African brands. Cowbell milk, including its many flavoured varieties, is its flagship brand. Investment company Tana Africa Capital – partly owned by the Oppenheimer family – now owns a minority stake, but otherwise the company is still fully family-owned. “I enjoy the flexibility that provides,” says McDonald. “We talk when it is convenient and family always comes first, plus I don’t complete any leave forms! There is less politics involved in running the business, which suits a maverick like me. Growing a family business is also more rewarding than working for someone else, because we are leaving a legacy for our children.”

Nearly all of Promasidor’s business is in African countries north of South Africa, which makes the CFO an experienced advisor on investing in the continent. “My best tip for companies wanting to enter African countries is: be consumer driven and not product driven. South African companies can sometimes be a bit overconfident about the worth of their current products. Promasidor’s success has been enabled by its ability to innovate products to suit consumers’ needs, such as inventing the single serve sachet. You also need to be careful not to see Africa as the USA. Our continent consists of completely different countries with different rules, cultures and tastes. I’d recommend that you start your business in one of them and slowly expand.” 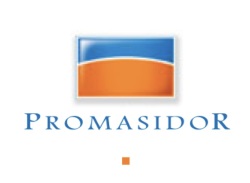 McDonald’s success with Promasidor is a far cry from his initial steps into the academic and professional world, he freely admits. “I got a bursary, but during the second year of studying engineering I realized I didn’t enjoy it. Quitting would mean failure and a lot of debt from my bursary to repay, so even though I knew it was not for me, I finished it. As a result, I was probably the world’s worst engineer. I had to work my bursary off, but didn’t pay much attention then either. Instead, I focused on part-time study and travel – fortunately I had a lot of leave!”

The engineering experience did ease the road to becoming a CA, McDonald feels. “For example, I had an advantage in the finance field. The first time when we learnt about the Black-Scholes model my class mates were unhappy with the formula that was half a line long; however, some engineering formulas only ended on the second page.”

After working off his bursary, becoming a CA, doing articles at EY and then taking on an M&A position at Anglo American, McDonald eventually joined the family business in 2003 as Group Finance Manager and not much later as Finance Director. “My father-in-law had asked me to join before, but I had said no. I enjoyed my time at Anglo but the corporate world is probably not for me. I was thinking of joining SAB, because working for them seemed like an exciting prospect, but my father-in-law approached me again, so I joined 11 years ago and haven’t looked back.”

The first few years at Promasidor are something McDonald still looks back on with suitable pride. “When I joined we were in a lot of trouble. It was a textbook case of trying to grow too fast, which was the key problem that gave rise to other problems. We were spread too thin and did not respond in time. The accounting desperately needed upgrading. We were struggling. It was stressful, which was amplified because of the fact that Promasidor is family company.”

A quick-fix solution for the problems was not available, McDonald soon realized. “We needed to fix up finance and accounting, replace struggling managers and close bad performing companies, among other things. There was no lift to immediate success, but lots of stairs. Something as simple as reconciliations needed much improvement. We introduced flash reports to get information more timeously - with volatile African currencies, you need to know what is happening much sooner.”

Now Promasidor is back on track, McDonald is keen to meet other CFOs and chat about shared challenges. “I don’t actually know too much about what other CFOs do, or how to benchmark myself, which is probably not unusual given that I’ve spent most of my career in a lean, growing family business, rather than a large corporate. That is exactly why I joined CFO South Africa. The events are slickly run, pleasant to attend and I enjoy that they are after hours at excellent venues.” 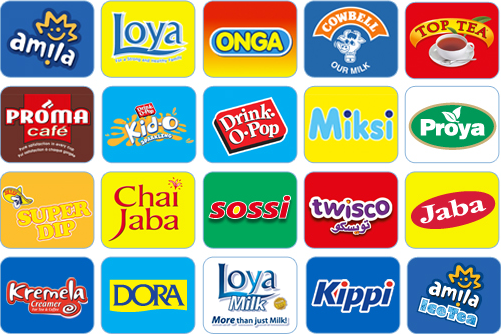 McDonald wryly – but proudly – says he needed to “be the boring one”, even though his father-in-law is a CA, one of his sons is CA and another son is CIMA. “They have entrepreneurial blood, so I am the one that needs to provide stability. Our turnover is now 800 million dollars or R9 billion. We currently have about 4300 employees, of which only a tiny percentage is based in South Africa.”

A company that focuses so much on doing business in African countries knows one or two things about risks and disappointments. “While Africa is exciting, it is not stable,” says McDonald. “As the expression goes, Africa is not for sissies. You need to be able to deal with sudden changes in all sorts of areas such as duties, law or tax regulations. For example, without any industry consultation one country suddenly suggested it might ban imported milk powder to stimulate the local dairy industry. That’s a very large part of our business! It is a volatile and harsh environment – luckily sense prevailed, relying on local dairy could have doubled the price of dairy products to the consumer, and the ban never happened.”

There are more industry-specific challenges that McDonald deals with on a daily basis, he says. “A lot of the milk powder comes from New Zealand and hangs around in ports for a long time. That results in a negative working capital cycle. The more we grow, the more money we need. The price of milk powder is also very volatile. It can go up and down between 2000 and 5600 dollar per ton. We are not selling to the wealthiest people, so we can’t easily pass on those extra costs to the customers. That squeezes the margin.”

Promasidor has ‘conquered’ the continent by assessing consumer’s needs and putting relevant products in the market, not by acquisition, says McDonald. “All our growth is greenfield. We started in every country with an MD and a suitcase, except South Africa. More recently we have started looking at acquiring businesses, as a company like Tiger Brands does, but it’s not easy to create shareholder value when the seller’s valuation expectations are high and its controls are not always up to par.”

With its healthy, lean business model the company is an excellent acquisition candidate itself for a big international player, but the family is not letting this happen, for now, explains McDonald. “We have been approached a number of times in the last 5 years, but this would basically be asking my father-in-law to give his baby away. But never say never, it’s all about creating shareholder value.”