CFO Reggie Boqo is making a difference in Johannesburg

Reggie occupies a large office in an austere Braamfontein building that dates from the era when the government aimed to intimidate, not serve. But he's friendly and welcoming, and very dapper in a neat dark suit. Trying to comprehend all the duties this group CFO must handle is quite confusing, as the workings of a bloated public sector tend to be. He talks of separately run entities, departments, sub-departments and seven portfolios; of raising money from rates and loans and treasury; of having to spend this much money on that, and budget so much on the other.

"The city undertook an institutional review in 2012 to reconfigure the management structure and respond to the Growth and Development Strategy," he says. "They understood the complexities and the decentralised model the city has chosen to follow, with 12 stand-alone municipal entities with their own boards, executive management and independent brands like City Power and Johannesburg Water."

City Power is a R16 billion company and water is an R8 billion company, and those are just two of the 12 entities that eventually fall under Reggie's eye. The City of Johannesburg also encompasses 15 other departments such as the Metro Police and the development and planning department.

Reggie has just shy of 2,000 people working for him, and his overall task is to integrate all the strategic financial issues at group level. "It's a chunky, sizeable department and my position was created to provide consolidated financial leadership for the group picture," he says.

The city gets its money from various sources, with the most obvious being the rates and service fees residents pay for water, electricity, refuse collection and sewage. Money is also allocated to the municipality by National Treasury, chiefly for capex expenditure such as roads and housing. A lesser-known source of income is from private investors such as pension funds, which buy the bonds the city issues and lists on the JSE.

It also takes out local and international loans from banks on commercial terms, or from international development finance institutions, whose loans are concessional because they are development-oriented. "They give us terms like 20-year loans when the local market wouldn't take that risk, particularly in this economic climate. We do whatever we can come up with for the benefit of the entire city," Reggie says.

Overall, the city is self-funding, generating close to 80% of its own revenue and receiving just 20% in grants. "That forces us to operate like a business. When something goes wrong we don't need any motivation from anyone to fix things, because if we don't, our budget won't work. So it keeps us very honest."

The Group Accounting and Budget Office handles the R53 billion budget for the entire city and provides strategic direction for its spending. Its group financial reports pull everything together in one picture. That picture must be the size of an IMAX cinema compared to other municipalities whose 'bigger picture' could fit onto a TV screen. Reggie is also in charge of the group's strategic supply chain management, which handles all the procurement planning. And he oversees the Revenue Shared Services department, which sends out all the bills to residents.

"The city's model is that we have only one customer, and the fact that we have organised ourselves into different companies doesn't mean we deal with different people. So we set up the shared services centre to bring in all the fees for things like electricity, water, property rates and refuse removal - although I know that may be a touchy thing after the strike," he says.

Reggie is referring to the extended Pikitup strike that left the streets full of litter and saw the workers wilfully overturning bins instead of emptying them. Bills for all those services go out on one invoice after the unit coordinates input from each entities, giving the public just one point of contact. 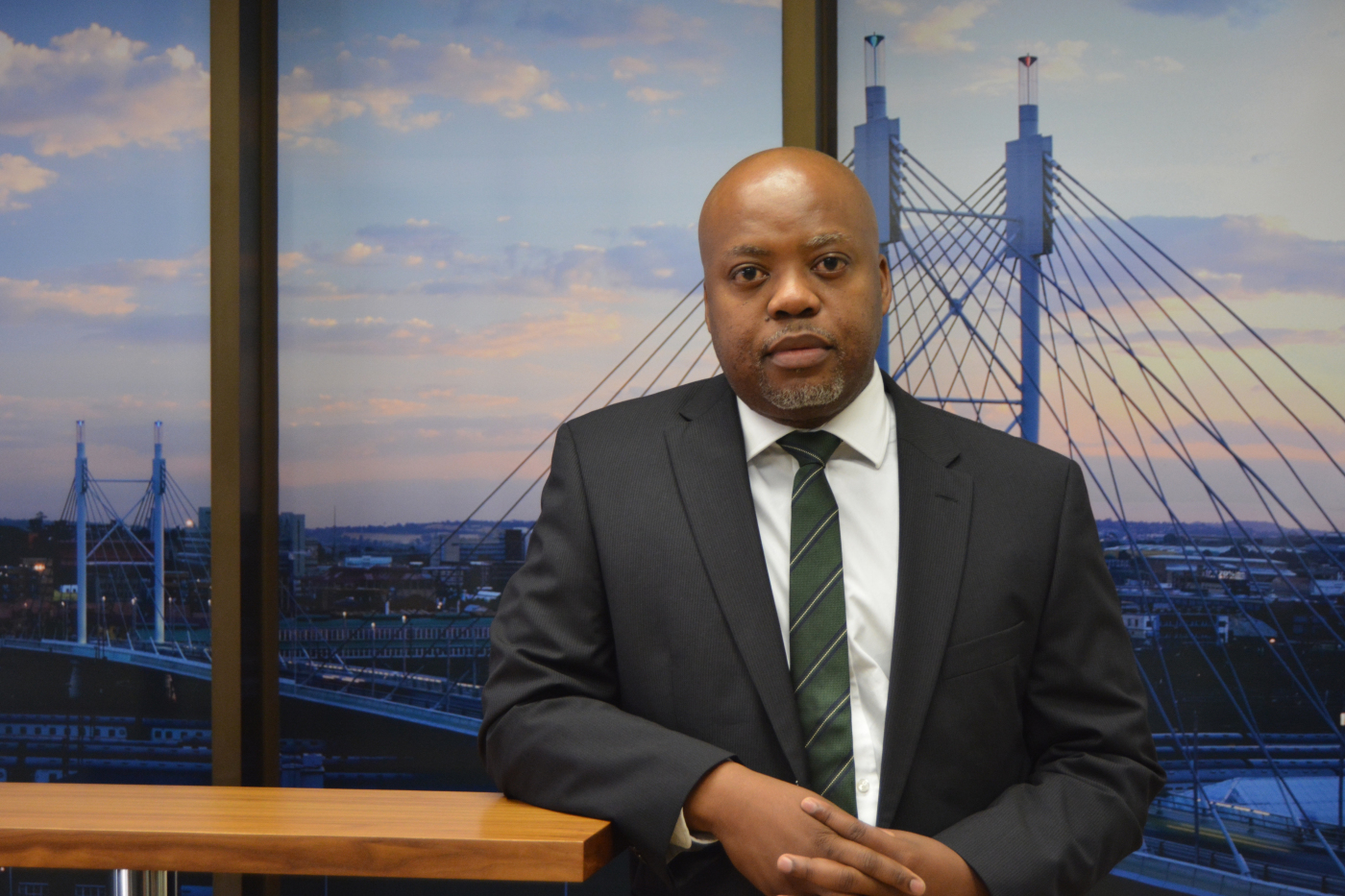 Another task for Reggie is chairing the meetings when the CFOs of all the municipal entities get together. "I have to meld and mould things into a city perspective so the sum of the parts talk to the whole objective, and that's my key role," he says. "Part of my job is to work very closely with the city manager and chief operating officer on group matters about where the city is going and provide direction and leadership on financial issues." That draws him into operational issues that have a financial impact, such as the notorious Pikitup strike. "My job evolves all the time," he says. "Pikitup has a CFO and a board, but because of the potential outcome of the negotiations and the impact on the rest of the city I was part of the management team in the background, giving input with consideration to how it translated city-wide."

Another key role is talking to potential investors in the city, including bankers potentially supplying loans, businesses looking at setting up a presence, or businesses threatening to quit and move elsewhere. So his role involves diplomacy as well as financial acumen. "When it comes to talking to investors we run road shows to present the city's performance and where we are heading. Credit rating agencies interact with the city through my office, as well as the international investors we raise funds from. That's one of my big core responsibilities."

Many municipalities don't have much economic activity and rely on government grants, but as the country's economic hub, Johannesburg has a vast pool of businesses contributing to its coffers. "About 75% of listed companies are headquartered in Johannesburg so those are the people we have to deal with. I have to find a balance as the CFO to be hard-nosed and businesses-like when required, without excluding the appreciation of the socio-economic landscape we are working in."

It takes a lot of work to bring in enough revenue to cover the city's R53-billion running costs. "We are continually competing for investments, so to attract and retain investors you have to be in contact with them and know what their pain points are and make them disappear as much as you can, otherwise they'll move. It's only 40km between us and the City of Tshwane and 15km to Ekurhuleni, so businesses could move there."

The impact of lost jobs, lost rates and reputational damage would be highly detrimental, so the city continually benchmarks itself against others to make sure Joburg remains an attractive and affordable business hub. "We interact with businesses asking what can we do to make your lives easier," he explains. Common issues are the need for speed when businesses apply for building planning permission and electricity supplies.

One asset that attracts businesses to Johannesburg is the large workforce, but the continual arrival of more migrant workers is a headache for the city, as an ever increasing number of people require services. Latest statistics indicate that Joburg attracts a mindboggling 10,000 more people every month, so the basic services must continually stretch to cover the rising population. And no matter how quickly the city tries to service the informal settlements, they keep expanding beyond that pace. 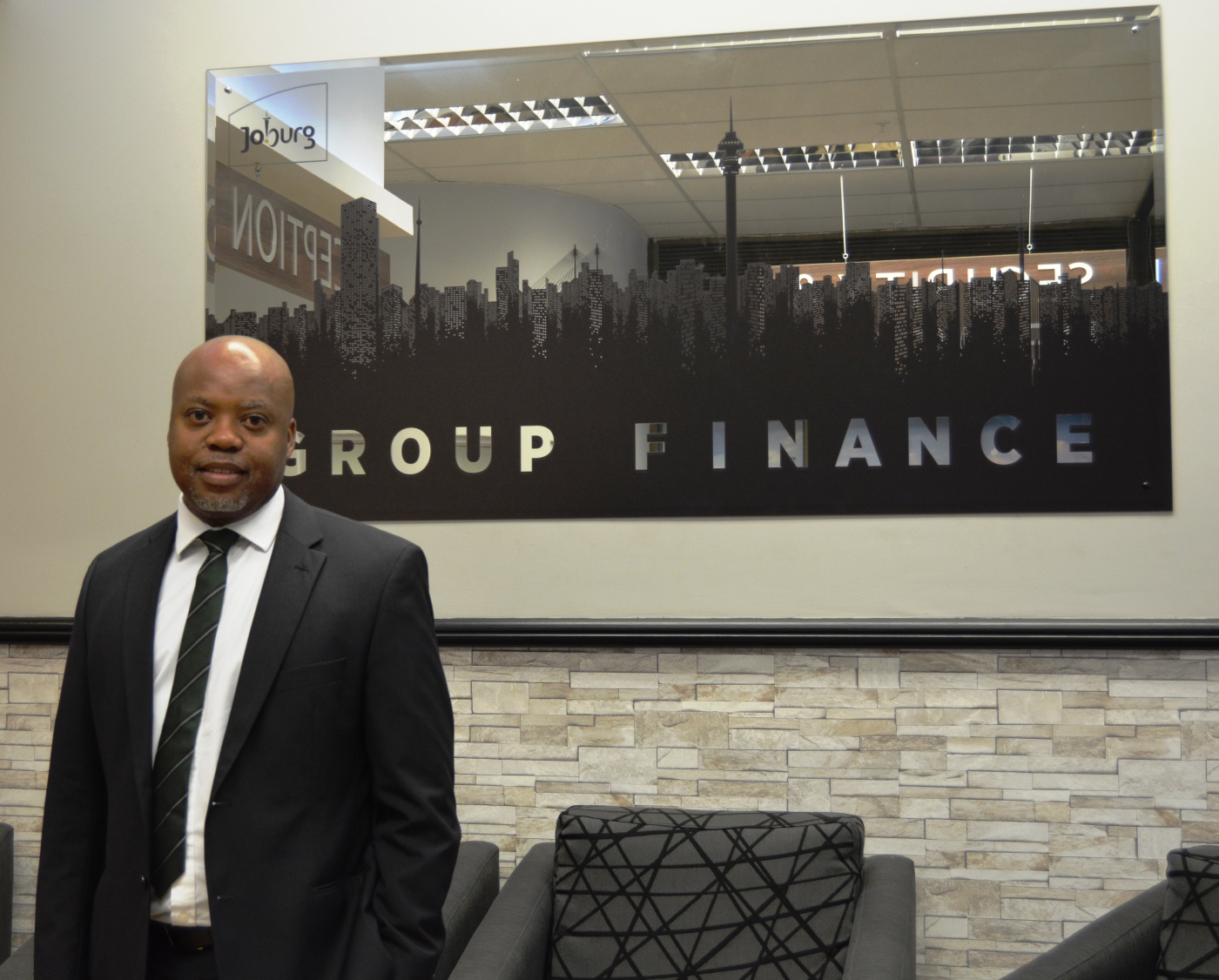 "I can't think of many places that are more regulated than where we operate, and ensuring you don't have leakages in your system comes down to internal controls. Appointing the right people first is where it starts. You may appoint someone who is competent but their moral compass isn't where you'd like it to be, or someone who doesn't have the competence to ensure the controls are in place."

An anonymous hotline allows workers or outsiders to report anything that looks suspicious. Last year that resulted in 40 people being exposed for electricity supply scams. "We have a big communications drive internally to explain what fraud is and what to do when you find what looks like fraudulent activity."

The Municipal Public Accounts Committee investigates everything that's reported in the financial statements as fruitless or irregular expenditure. Irregular doesn't necessarily mean fraudulent, Reggie says, but maybe something was not done entirely in line with all the step-by-step procedures.

Reggie is proud of the track record the municipality has achieved since he took office. "The key indicator for the public sector is the Auditor-General's opinion, and in 2012 the city achieved a qualified opinion, which is the Auditor-General saying I really don't like what I see. Processes and standards were put in place and we have appointed a number of competent people. My rule is if you come into the financial department you have to be a CA, and we have enforced that."

It's paid off. In 2013 the city achieved an unqualified opinion, with its accounts free of any material mistakes. A third standard is a clean audit, awarded if you meet a certain percentage of the objectives set at the beginning of the year.

In 2013 the city received an unqualified report at group level and two of its entities were awarded clean status. In 2014, four entities were clean and the group received an unqualified report. By 2015, half its entities were declared clean. "We are working on the other half, and it's an upward trend. Linked to that is the number of audit fines that have reduced drastically over time, and that's the mark of a city that's cleaning up its administration completely. We are absolutely comfortable with the road we are taking," Reggie says.

The units that need help are being assigned extra financial capacity from within the group. Reggie doesn't believe in using external consultants for that, as it's expensive and does nothing to raise the capacity internally. Another confirmation of progress is that in December 2015, in a financial slump where numerous entities were downgraded by ratings agencies, the city was upgraded by Fitch Ratings Agency. "We went in the opposite direction to the whole country," Reggie says.

"I am proud to have brought a lot of presence and guidance to the management of the city's finances and raising the comfort of investors and ratings agencies alike. In their reports they are using language like 'the financial management of the city has quite a lot of sophistication about it'. I wouldn't like to claim anything, but it has happened under my watch," he says.

This article was first published in CFO Magazine. Read the magazine here.