Business automation and robotic process automation (RPA) is no longer an experiment and will move ahead at a rate of knots in the years to come. Those companies that do not come onboard with automation processes will find themselves on an uneven footing with their competitors and will be unable to attract and develop top talent. At the same time, finance departments and executives have struggled to get a handle on it. How much efficiency and performance can you derive from automation and what skills are needed to take the next step?

These were some of the messages come out of a masterclass, entitled Automation or extinction: do you have a perspective?, at the fascinating fifth instalment of the CFO South Africa Summit series at the luxurious Summer Place in Sandton on Wednesday, 20 September.

According to Rieta, the beauty of RPA lies in its ability to be implemented in the short-term over existing systems. Both cost-effective and non-intrusive, unlike an ERP, it does not take a long time to realise value.

However, she cautioned the assembled executives against going into "automation overdrive" and being over-zealous in their attempts to automate existing processes.

"Never automate a bad process. It's important that you don't try to automate everything. You've got to have a clear strategy and know exactly what you want to get out of it. Prioritise getting the right business owners on board, so you can drive process improvements, rather than automating inefficient processes. Measurement is critical, otherwise it is difficult to show the benefits. Remember that bots don't deal with everything and you still need to manage a workforce. Look at your existing resources and be selective," explained De Villiers.

Storme said that in her view, finance had a critical role to play in automation and that CFOs and financial executives who were willing to keep abreast of developments and educate themselves about technology would be ahead of the game as the number of systems grew exponentially. 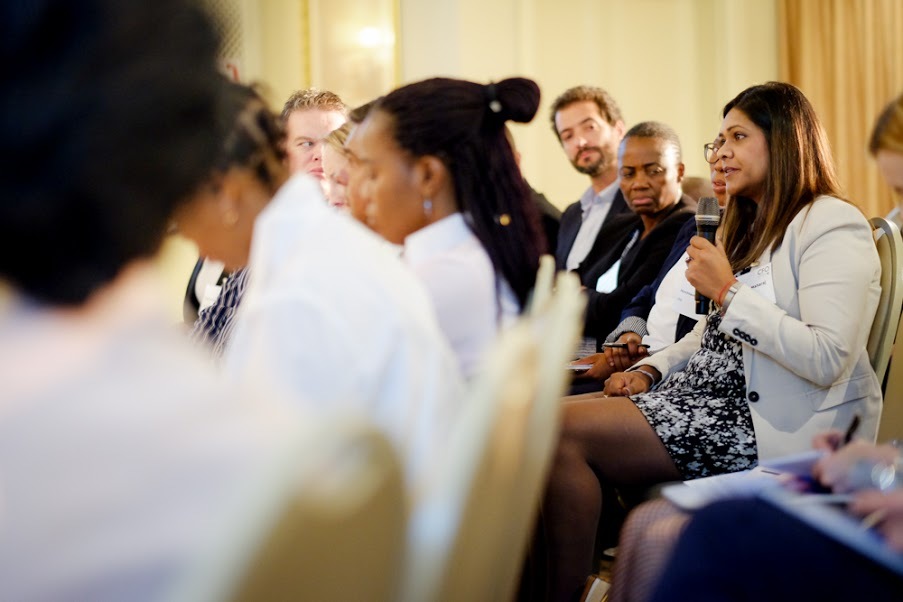 "All roads lead to finance. Robotics works best when you can take the process from end to end. If you have the benefit of being the centerpiece, fix the problematic processes - every value-chain holder is seeing the benefit. CFOs have a huge role to play in driving internal and external automation," she said.

She advised guests to focus on securing the buy-in of the workforce to make automation a smoother process and to make change management part of the routine. "For automation to happen, it is not just about process - biggest part is buy-in from people. You need to change mindsets and explain why it makes lives better and exciting. The biggest pushback we had was about job security and purpose. The staff didn't realise the benefits of automation. The leadership team educated ourselves - we embraced it and they saw we were part of the journey."

In partnership with Deloitte, Greg managed to navigate the uncertainties around the financial crisis, which required a mammoth 25% reduction in overheads - a tough ask in the motoring industry. He stressed the importance of working with an amenable partner.

"In motoring, costs are always a major focus - keep them flat and with inflation. Together with Deloitte, we managed to resource our API at the same price over five years. This resulted in significantly improved service, automatic capturing of invoices. There was a lot of work to do around reconciliation and new systems implementation. 28 interfaces and finance really struggled, but in the end, the results were there - automatic capturing of 3 000 invoices and customer satisfaction up 50%," he said.

A member of the audience voiced concerns about the stress automation places on human capital, primarily because of how proposals are pitched, and pertaining to job security and motivation. She added that in the current volatile economic climate, boards were under pressure to deliver value to shareholders and were placing an emphasis on ROI.

Rieta reminded guests that ROI could take many different forms, including customer satisfaction, staff retention, increased productivity, compliance, the elimination of costly errors and rework and other levers, and added that the automation process needed to be handled sensitively to avoid workforce issues.