As the CFO of DPD Laser, Auvasha Moodley not only has a talent for numbers, but also a passion for dance which has taken her across the world, been a respite when things got tough and kept her connected to her roots while expressing who she is.

Moodley became adept at landing on her feet when she found herself in the first cohort of youngsters to transition into an all-white school in Rosettenville at the break of democracy. “This change in environment and navigating new cultures from a young age was my first experience in learning how to find my way around spaces and people I wasn’t familiar with. It showed me that I could successfully transition between spaces.”

A good student, Moodley was involved in various sports and other school activities, but what really made her heart sing was traditional Indian dancing. She maintained the art throughout her childhood, and in her Matric year she juggled dance exams along with her formal exams. When she excelled in both areas, she found herself at a crossroads as to which path she would pursue.

For Moodley, dance had always been about more than testing her muscles or keeping pace with music. Looking back she appreciates her parents’ insistence that they understand the family’s Indian heritage, “It added a dimension to my identity that I value.” She says. “It connected me to my roots, and as any dancer will tell you, required lots of discipline. It takes a commitment to practice and hard work to excel in any art-form, which is also good metal training.”

Moodley practices Bharatanatyam, the oldest classical dance tradition of India, “So when I wanted to go deeper, it became clear that I had to go to the source to get truly intimate and excel in the art.” The style is famous for its fixed upper torso, impressive footwork, and a sophisticated series of gestures of hands, eyes and face muscles. 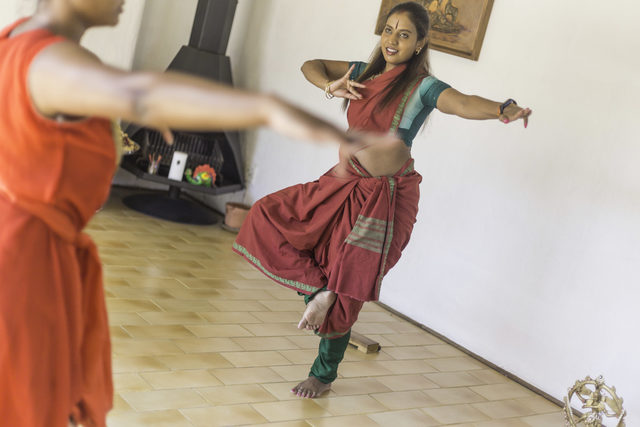 She put university on ice and chose to follow her passion into the world of dance. With the urging of her local dance mentor, she started looking for ways to make it to India and was over the moon when she secured a bursary from a South African-Indian organisation.

“My parents supported my goal, and even though my father was a passionate educator who valued education, he was open-minded. We were extremely close and his opinion meant the world to me, so when he gave me the green light, I was ready to soar.”

Packing her bags and jetting to India turned out to be an experience of a lifetime. “Even though I am of Indian heritage, I grew up in South African, where being Indian is a different experience. So while some aspects of the culture are familiar, being there was a completely different proposition.”

Finding herself 18 and alone in a strange country was unnerving yet exhilarating. She explains, “This was before the days of Google and Uber, so I had to find my way to my instructor the old-school way; by asking for help from strangers and finding my bearings along the way.”

When she finally made her way to the school in Chennai, she met other students who shared her passion for dance. These fellow dancers became friends and her support structure. “Even though I came from a close-knit family, the value of relationships then was further ingrained. This ability to form meaningful relationship has carried me through the various dips and valleys of my career.”

After she finished the programme in India, she started her own school in Johannesburg. “I started off with a small class, which soon ballooned to over 100 students in six locations.” 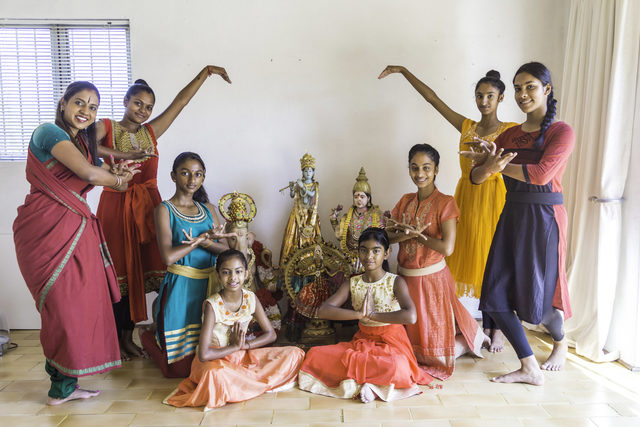 Even though she was busy and doing well in her small business, her father was concerned that she hadn’t completed her formal education and reminded her that it should still be a priority. “This proved to be tricky because I was not only busy with my dancing enterprise, I was two years behind peers who had gone directly to university. I decided to go the distance learning route and work part time to assist my parents with the fees.”

She decided to pursue a career in finance because her father had been an accountant in between his career as an educator. She was also good in accounting and while she didn’t think it was fun, she found she developed a passion for it. “I am not drawn to the routine side of the work, but I love using numbers to tell a story and and have been fortunate to access roles which allow me to play with this in my career.”

She landed a job at Absa in foreign accounts, which was serendipitous. “Being in an arm of the business which related to matters beyond our borders such as CFC Accounts, exchange controls, international markets, expanded my horizons. However, after a while, the work grew monotonous, and there was not much room for growth. I started putting out feelers, and an opening was available at UTI logistics. I started as a vendor’s clerk, and was eventually promoted to team leader when the company was expanding into Africa.”

As part of the team overseeing the expansion into Zambia, Mozambique, Zimbabwe, Botswana, she was still studying part-time. “At only 25 years old I was appointed to country manager in Botswana.  It was my first experience of managing teams and as an outsider, the team members saw me as a threat. In addition to that my direct reports were all older than me, with two in their fifties and predominantly male.”

Winning the confidence and trust of the team was a process that was sometimes excruciating but worth it at the end. “Again, building relationships and getting to know people by taking a genuine interest in them, allowed them to get to know and allowed me to see her as well.”

When she moved to Botswana, she had to close down the school but dancing still remained part of my life. Unfortunately it was then that her father received a devastating cancer diagnosis. “I was on the road a lot; I would drive down to Johannesburg on the weekend to spend time with family and drive back on Monday. It was extremely difficult but luckily I had a reputation for excellence at work, and my manager gave me the flexibility to meet all the demands on my life. That is also when I saw how strong my relationships with my colleagues were because of how much they supported me.” Sadly, during this time, her father passed away, leaving a huge gap in her life, but she says, “I am pleased that I was still able to support my family and I know that he was proud of the path I was on.” 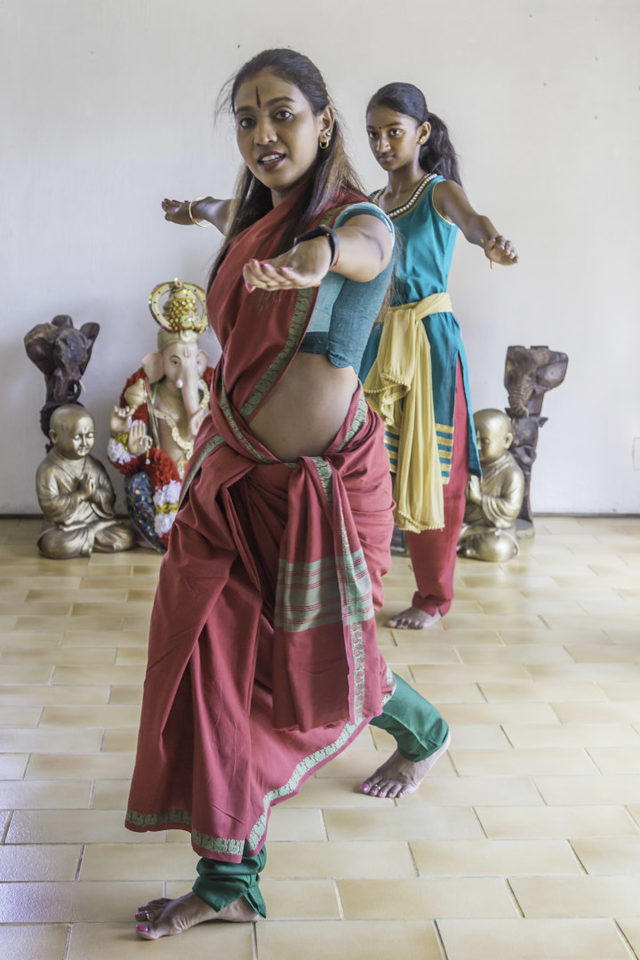 After her father passed away, Moodley moved back to South Africa and she moved up the ranks and took up positions that included finance director – Sub Saharan Africa & Middle East UTi (now DSV) finance director - UK & Ireland, with DSV in 2015  to  CFO – East & Southern Africa, for Damco Logistics. “It was challenging, having to navigate issues like hyperinflation in countries like Zimbabwe and varied customs systems as well as the cultural differences that come to light when doing business in places like Dubai, but all these have grown me as a professional.”

Away from work, she leans heavily on her husband, who moved with her to Botswana in the early years and has been by her side as she has taken up various positions along the way. “My husband is super supportive, he has always encouraged me to leverage my talents and follow my curiosity. As an entrepreneur, he has an ingrained appreciation for experimentation and isn’t afraid of risk taking.”

Now in her current position at DPD Laser, she attributes her success to her exposure to different environments from a young age. Additionally, “My strong mindedness, ability to get things done, and knack for connecting with people on an authentic level, from the tea lady to CEO, are strengths that come naturally to me, yet are extremely powerful.” She explains.

In the last few years, she has circled back to dancing. “I never forgot how transformative dance was in my life when I was a little girl so I started small classes from home. It has been a wonderful addition to my life.” She says. She now teaches a small class on the weekend. “Dance has always been a joy for me and I am excited to share this part of my heritage with the next generation.”

As DPD Laser is a courier business, they have been open throughout the lockdown period, and Auvasha says that she has had to be disciplined about identifying key indicators that something might be problematic, to intervene in time.

“We have seen fluctuations with regards to volumes and revenue as trade closed and re-opened for our customers. Internally, our focus was initially on ensuring that our team are safe and optimised to work well and more efficiently.”

Regulations around Health and safety have had a major effect on the business and turned out to be a big cost that wasn’t budgeted for. She explains initially they spent a lot, but as time has gone by they have become more strategic, and figured out how to incorporate new costs into pricing.

Auvasha says the company has intensified its use of technology, which has enabled contactless deliveries to customers and this reliance on digital has seen the finance team go paperless during this period. She attributes a great deal of her agility in this difficult period to her CIMA qualification, which she obtained in 2018.

“Our goal was to make processes and processing seamless so that it can happen from anywhere.  The CIMA qualification teaches you how to think outside the box and the ability to think creatively and improvise has proven to be a great asset.”

She adds that CIMA broadens your understanding of the function of finance within the broader business. “You are able to take decisions from a business perspective rather than a narrow financial focus. This perspective enables business to progress and grow.”

Coupled with her academic accomplishments, she attributes her success to her exposure to different environments from a young age. Additionally, “My strong mindedness, ability to get things done, and knack for connecting with people on an authentic level, from the tea lady to CEO, are strengths that come naturally to me, yet are extremely powerful.” She explains.

Serisha passionately advocates for technology and its pivotal role in the success of businesses.

As the group’s first in-house CFO, Jono has been building a strong financial team within iKhokha.

Lindiwe believes she is living proof that you don’t have to be mean to lead effectively.

The CFO of Redefine Properties says being a finance leader echoes the values he was raised with.

Jordaan explains that remote working has allowed him to spend more time growing and collecting cycads.

Having recently stepped into the FD role, Anabel is looking forward to navigating the changing property industry.

As the CFO of Cape Union Mart, Landi took the opportunity to mould the role to be more people-centric.

Faheem recognised that every business required an accountant and chose to become a CA.

Ushana Amichand reflects on her learnings about trust during her stint as a relatively young CFO.