Only a few days after professional services firm KPMG announced a ground-breaking partnership with CFO South Africa, one of the architects of that collaboration got a new job – as a CFO! From 1 February 2015 KPMG Africa COO Anthony Thunström will replace the retiring Ronnie Stein as CFO of JSE-listed clothing retailer, Foschini. We wish Anthony all the best and hope to meet him again at our events, this time with his CFO hat on.

To fully appreciated the collaboration Anthony helped to establish between CFO South Africa and KPMG, head over to the official ANNOUNCEMENT.

Thunström is a CA who has served as a board member of KPMG South Africa and Chairman of the Audit Committee. He will play a pivotal part in the expansion drive of Foschini into the rest of the continent, something he is perfectly equipped for thanks to his Africa-role at KPMG. A CFO with benefits, you could say.

Another CFO who has been a firm supporter of CFO South Africa, has been in the news for less joyous reasons. Listed cement-maker PPC's CEO Ketso Gordhan was suspended after he tried to fire Ramano, who was nominated for the 2014 CFO Awards. While Gordhan blames Ramano for ruining a funding deal, the PPC board says he had pettier reasons for his gripe with her - one of them being that the CFO had larger benefits, namely a bigger office 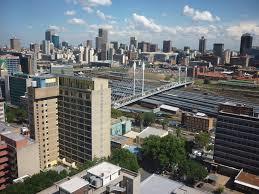 In 2012 we asked Ramano 12 questions. Do you want to find out what she answered?

Oh, and speaking about CFOs with benefits Former Ford CFO and Jaguar Land Rover CEO David Smith has been appointed as CFO and a director of Rolls-Royce. A matter of taste?

Stay connected, up to date and in the loop on what is happening in the world of finance and keep track of newly published expert insights and interviews with CFOs and CEOs. Become an online member and receive our newsletter, follow us on Twitter and join us on LinkedIn.

Share your ideas with the CFO Community as well with an interview or during one of our CFO events. Please contact Jurriën Morsch at [email protected]

The Land Rover Defender is clever, capable and safe for all the family, and in a category of its own.

Raise your profile with the Jaguar F-PACE SVR

This came with a caveat for attendees of the online CFO summit: Watch out for the Lawson Effect.

Valter Adão challenged CFOs to use the crisis to make significant jumps forward in their businesses.

Finance Meets HR Summit reveals: Finance and HR need to get into bed together

When you put people and finance together, you can create beautiful value for business.

Partners encourage the collaboration of finance and HR

Six partners have shown their support for finance and HR at the Finance Meets HR Summit.

Who will be the CEO's co-pilot of the future - the CFO or CHRO?

At the Finance Meets HR Summit, leading executives take a look at how finance and HR are #StrongerTogether.

Work-life schmalance? Four CFOs share how they have - or haven't - achieved this

Get to know the 2018 CFO Awards nominees

The winners of this year's CFO Awards will be announced tomorrow - know who's who.