eThekwini's Krish Kumar opens up about his zero tolerance for corruption

Award-winning eThekwini CFO Krish Kumar says he has no sympathy for those who get caught.

Dr Krish Kumar, the 2018 Public Sector CFO at the Year, who will be speaking at the Finance Indaba Africa, has been a CFO for 19 years, and in two more, he retires. “They say tough times don’t last, but tough people do,” he says. Speaking at the CFO Awards 2018 at Constitution Hill, he said that being named Public Sector CFO of the Year during his “twilight years” was “very timely”. We chatted to Krish about his legacy as a fighter for ethics and fiscal discipline – and against global warming.

Besides referring to himself as a tough person, Krish also used his speech at the CFO Awards to thank his team, wife, family and spiritual leader. His allegiance to those four, he later explains, means it has never been hard to keep his honesty and integrity intact. Where others might describe the highly politicised public sector – not to mention having responsibility for a R45 billion budget – as a cesspool of temptation, Krish just shrugs.

“I have zero tolerance for corruption and no sympathy for people who get caught. There can’t be any issues around a CFO.

If the CFO is corrupt, there is no hope. You need to be careful not to be captured. You cannot buy a good man.”

The people in Durban, he says, respect his integrity and see him as part of the institutional memory of the city. “I am clear about what invitations I accept for dinner and I won’t involve myself in tender awards. None of my family does any work for the municipality. At the same time, I am responsive to local businesses, because I can do my duty without being tempted. It all comes down to your own value system: I can’t be a role model for my children if I get caught with my hands in the till.”

While ethics, argues Krish, is all about doing the right thing when nobody's watching, it is also important to lead by example, as the strength of your team determines your legacy to a great extent.

“I know I can’t do it alone. The tea steward is just as important as anyone else. I have been known to throw people in the deep end and I will let them speak a lot at meetings."

The 1,500-people strong finance team in Durban is as different as day is from night to the one Krish inherited 19 years ago, he says. “There were no black team members then, it was 65 percent white and 35 percent Indian. Now I am the only Indian, the majority of the team is black and the rest is made up of white and coloured people. We had a careful transformation plan. People that I saw potentially rising up to senior executive level, I gave exposure to during a two-year stint and after that I knew if they could cut it or not. Now I have sufficient depth in the team for succession planning, but that took some time. One key success factor for me has been knowledge management. Every function has a logbook: ‘how do I do this job’. I like the saying ‘who is holding your ladder?’ You need competent people around you. I don’t hesitate in parting company if that is not the case. I am only as strong as my team.” 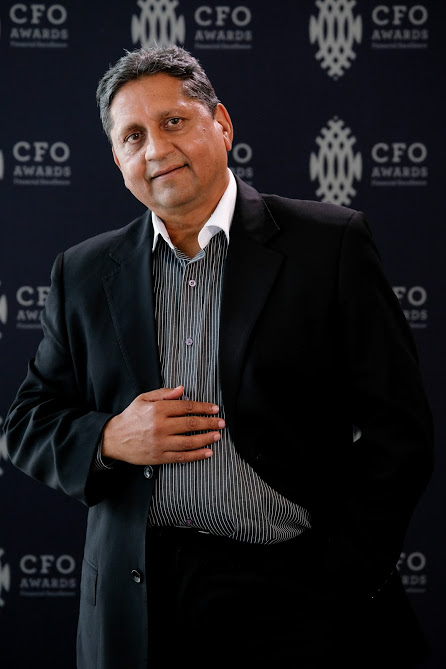 Working together with different departments can sometimes be hard, but Krish emphasises that finance can only be as good as its collaboration with others.

“We fight like mad in the boardroom, but stand together when dealing with politicians. That is the way to earn respect from other deputy city managers. One of my strengths is that I read reports. If I don’t keep reading and keep learning, I will die.”

When asked what he would share if he was in a room with the country’s most important public sector CFOs, he says fiscal discipline should be at the heart of any CFO’s work. “Don’t spend money you don’t have. Watch your cash flow. Get best value for money. Benchmark yourself. Respect policies and procedures. Those are the basics. But also: be a people’s person. Leadership is about relationships. You need to be confident and inspire people. Of course, credit ratings are critical for big entities, but those should be a walk in the park if you have the other things right.”

Krish calls on talented CAs – he employs about 20 himself – to join the public sector. “What people don’t like is that everything is tainted with politics, but I know many accountants that don’t get involved in that and still have jobs here. For a professional, there is unlimited potential in terms of value-add you can deliver. It is never boring, which is what kept me here. It is very challenging and stimulating. This year I delivered my 20th budget and the story has always been different.”

With politics fought ferociously between parties and within the ANC, it is remarkable that Krish has come out of two decades unscathed. His insights in dealing with politicians should be textbook stuff. “Nobody is holding a gun to my head to work in the public sector. Politicians come with a mandate like ‘free housing, free water’ and you need to appreciate where those politicians come from. A lot of them have been elected because of their popularity, not the depth of their knowledge. At some stage, we had a council in which not a single person had a qualification. It is my role to prep the political leadership. For example, we have a housing backlog of 400,000 units. That takes eight years to tackle. To explain that, I take them through a financial modelling exercise.”

Krish says he learnt a lot from former city manager Michael Sutcliffe, who comes from an academic background but is better known for his political role.

“What I learnt is: ‘Let’s see it from the other side’; you need to appreciate the role politicians play, give them something and explain to them that the budget is a process not an event. You need temperament and tenacity. You have to be calm and patient, but that is not to say I didn’t lose it a few times.”

The trick is to make sure that councilors achieve something for their constituency, Krish explains. “They see big investments at the beachfront and also want to have something to show. I need to balance that,” he adds. To do this, he made R15 million available per councilor for a project in their respective wards. “It is up to them if they want to build a library, swimming pool – or what other legacy they want to leave over and above what is in the Integrated Development Plan.”

Krish used the CFO Awards stage to call on colleagues to lower their carbon footprint and combat global warming. He says he has “seen the light” since Durban got involved in C40, a group that connects 90 of the world's cities in their effort to reduce greenhouse gas emissions and climate risks, while increasing the health, well-being and economic opportunities of urban citizens. “It is a passion for me,” says Krish. “I really mean it; we need to take it seriously. Look at the drought in Cape Town and the changing weather patterns. If we don’t conserve water and energy, stop fracking and look objectively at sustainability, we have a major problem coming our way.” 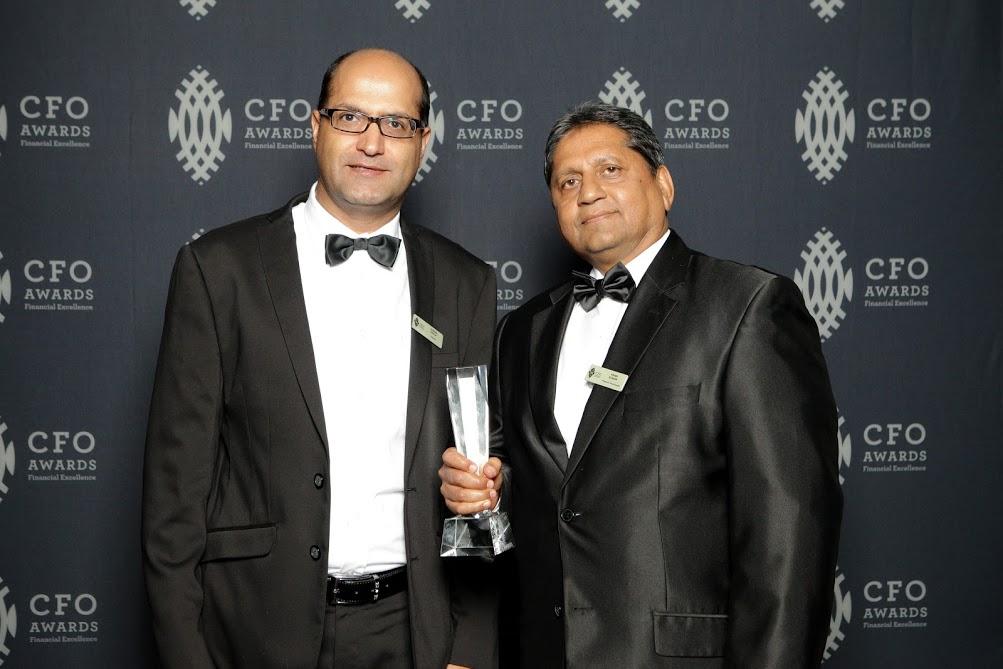 From a trip to a C40 board meeting, he mentions New York’s famous Empire State Building as an example of ROI of an energy-saving project. “They retrofitted the entire building, including aircons, lifts and windows. It cost $106 million, but they got a return on investment in five years because of the saved energy. It also pushed up the market value of the building, so the real returns probably already arrived in year one. It is an absolutely amazing story. We say ‘we don’t have the money’, but it just makes sense to invest.”

Krish says he tries to limit his travel, but the World Bank, C40 and other initiatives that he is involved him make him likely the most frequent traveller among municipal CFOs, building relationships and learning about best practices across the globe.

“Everything I know I have learned through interaction with others and at seminars and conferences. I have been the president of the Chartered Institute of Government Finance Audit  and Risk Officers (CIGFARO), I chair the forum of metro CFOs, I have served two terms on the Accounting Standards Board, I was a commissioner on the Financial & Fiscal Commission (FFC) from 2009 to 2018, I publish articles – I have shared a lot and continue doing so.”

Recently, the CFO went to Ecuador for a C40 meeting about electric buses, a Bus Rapid Transit system being one of the hottest potatoes in eThekwini’s politics at the moment, with a much-scaled down version of initial ambitious plans now likely to be implemented, although it is unclear if the CFO – “battery prices are coming down quickly” – can convince his colleagues to go with electric buses.

Technology, Krish says, is what makes it possible for him to travel as much as he does. “I don’t miss a beat and am available 24/7. If you manage your team by core objectives, it makes life a lot easier. I have dashboards, I understand my cash flow and 95 percent of the work is online. And when I come back from a trip, I am back at work the next day, with or without jet lag. My work philosophy is: service to mankind is service to God.”