Personality, many CFOs nowadays proclaim, is just as important as accounting acumen. But don’t make the mistake of sending everyone who makes a flat impression in a first job interview packing, implores Farid Vania, Group Finance Manager at SMEC SA. “I interview a lot of finance people with a thousand degrees, who – despite this but because of their background – initially don’t come across as very dynamic,” he says. “But if you let them go and they end up at small enterprises they might not develop at all – and developing people is one of the things I enjoy the most.”

According to Vania patience and looking behind first impressions is particularly important in the South African business world, which is in the middle of an important transformation process. "In our environment we're trying to empower a lot of individuals," he says, adding that once you look past that first impression, personality is indeed crucial for a successful career. "If you have common sense and passion, I can train you to do the rest. I can't do anything with a very intelligent Chartered Accountant with the personality of a pencil."

After completing a Bcom Accounting at the University of Johannesburg, Vania spent his "formative years' - as he calls them - at General Electric from 1999 until 2009. "Leaving there is something I sometimes regret. It is one of the best companies in the world to work for. It is a very tough environment, but I learnt that the best leaders were the ones that were the most humble - very down to earth, tough but fair people."

Vania also gained a lot of experience at GE working with swathes of different people, a crucial skill in South Africa today. "It taught me a lot about tolerance. We could be on a conference call with people from every background, with all kinds of international accents and in that situation, you need patience. Before, I would maybe have interrupted somebody with a soft voice or poor speaking skills. At GE I have learned you can learn something from everyone. That is one of the things I still take to work every day." 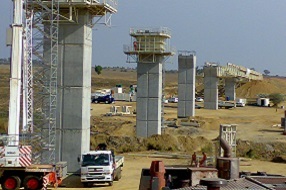 Since July 2013, Vania is the African finance leader for the Australian engineering and design consultancy SMEC, which last year bought the South African firm Vela VKE to gain an African footprint. "We're managing human intellectual capacity, which has required a big shift in mind-set for me," Vania says. "At GE or Sony, where I worked later, I could discount televisions or fridges if we were overstocked. Now, when we've got excess capacity in people, it could just go to waste - we can't just fire people temporarily! Therein lies the biggest risk for the company."

SMEC SA as group employs over 1000 people and over 1300 people if you include the rest of Africa, of which about 80 percent of them active in engineering and design. "In South Africa we primarily work for government at the moment, mainly in roads and we have some good people that work with bridges and structures too." Becoming more active in the rest of Africa over and above current activities in countries like Ghana and Tanzania is, unsurprisingly, one of the goals of the company's Australian shareholders. "After I implement a solid control foundation in the South African operation, there will be a Financial Manager, who can take over the daily running. I will then hope to partner with our CEO and operate as finance leader for Africa. But that is still 12 to 15 months away." 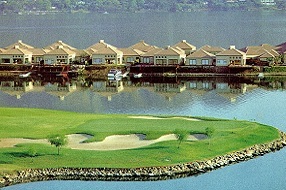 The main brief for Vania mainly involves introducing better controls and compliance and preparing the structures for growth. "I bring the experience needed to make the company more robust in terms of reporting. Because this is an engineering and design firm, the engineers and the projects are in the forefront and the back office is very subservient and low-key. That's not to say that it is by default an issue but in today's business world where compliance and control or lack thereof, could impact sustainable revenues/earnings, it needs to change," says Vania.

The most difficult thing is that it requires a mind shift from individuals who have worked for the company for twenty or thirty years. They have done things a certain way for a long time and now an individual has come in trying to change this. I explain it in a way that they understand that they are great at the front end of the business and that's where they should focus their energies and allow Finance to provide guidelines and support an agile back-end that keeps them and the company out of trouble." 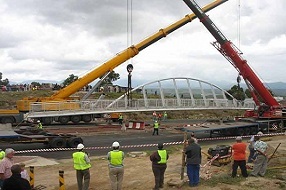 This requires an open, accessible approach from the whole finance team, Vania says. "I always tell my people that if we want to be popular, we have to become sales people. That is our lot. But we also don't have to try to be the most unpopular. It is important that we are seen internally as adding value and as partners rather than an obstacle. When we say 'no, that is not allowed' to people we should not leave it at that, but present them with an alternative. It is important not to become a bureaucracy in your own right, whilst developing a controllership and compliance culture."