1. Jeff Bezos Requires Amazon's Leaders to Perform This Powerful Ritual Before Launching Anything
"Writing ideas and proposals in complete narratives results in better ideas, more clarity on the ideas, and better conversation on the ideas," Rossman told me during an interview for his new book, Think Like Amazon. Rossman's four rules of writing a future press release will give you and your team a competitive advantage no matter what stage of development your company, product, service, or initiative is in.

2. This Founder Turned a Unique Acquisition Into a $10 Million Business in Just 3 Years--Without Venture Capital
Recruiting software company Virgil was just three years old when founder Ron Mitchell went looking for an acquisition that would allow the business to scale faster. But, like many young firms, the Chicago-based Virgil, which matches workers with employers through testing, lacked capital. He did not lack experience, though, which has plenty of value in itself. "We're not your 23-year-old CEOs," the 49-year-old says. "It's great to invest in the dream, but you have to look at fundamentals."

3. Working Capital Scorecard: The Hard Part of Boosting Liquidity
What CFO doesn’t want working capital to generate cash rather than consume it? To not have to answer pesky analyst questions about lower quarterly cash levels? To not have to draw on a line of credit because customers are paying on time? No, CFOs would rather be confident that the accounts receivables and payables departments are operating optimally. But that requires attention to detail, and few organizations can focus on this core area consistently.

4. These 4 ‘harmless’ habits are sapping your brain power
If someone asks you how you spend your time when you’re not at work, do you know where most of your day goes? It still surprises me that most busy people have their workday mapped out meticulously, yet they don’t realize how their time outside of work slips away. Partly, this is a consequence of the increasingly blurred lines that now exist between work and home. And partly, it’s a result of the fact that the tasks that take up time in our personal and home lives are difficult to quantify and account for.

5. 5 Questions to Consider When Pricing Smart Products
The revenue model is one of the most important elements of a firm’s strategy. It defines the ways in which a firm gets compensated for the value that its products or services generate. In the old days, revenue models primarily consisted of picking a “good” price. Connected, smart devices are changing this paradigm. 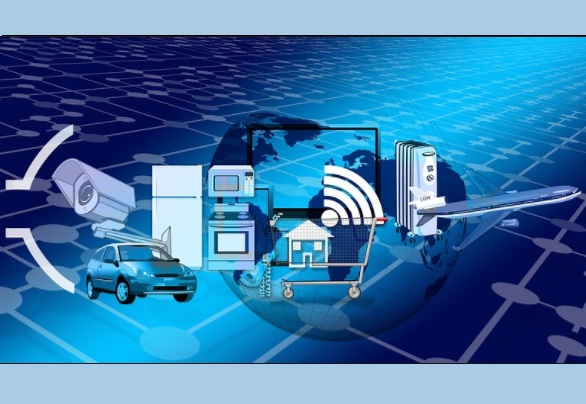 6. Lessons from lease accounting implementation
With the effective date for the new IFRS lease accounting standard fast approaching, companies are wading through a number of challenging issues related to lease identification, data extraction, and software implementation. IFRS 16, Leases, comes into effect for companies’ annual reporting periods beginning on or after 1 January 2019.

7. The High Cost of Being Private
The “private equity discount” or the “public equity premium” is real. In fact, for private firms, the cost of public debt is higher by a full percentage point – what costs a public company 5 percent will be 6 percent for a similar private one. So why does it cost a firm to be private and how can these firms change the way they are treated in the public debt market?

8. The State of the Blockchain Revolution
Many of us are old enough to remember what using the internet was like in 1995: The crackling, hissing and discordant tones of a dial-up modem, followed by long wait times for ugly websites to load. To all appearances, those days are far behind us – yet looks can be deceiving. The internet that has matured so spectacularly over the last 25 years is about to be reborn, and what will replace it is still in nascent form. The technology behind this rebirth is blockchain.

9. Deloitte CFO Survey: Political and economic uncertainty compounds Brexit fears
More than eight in ten CFOs (83%) say they expect the long-term business environment to deteriorate as a result of the UK leaving the EU, according to Deloitte’s latest Q2 CFO Survey. This is the highest reading since the referendum in June 2016. Meanwhile, the percentage of CFOs who think that now is a good time to take a greater risk onto their balance sheets has fallen to 4%, the lowest since the failure of Lehman Brothers in 2008.

10. Are Women CFOs Less Prone to Financial Misreporting?
Over the years, CFO has reported on several studies concluding that women outperform men at key aspects of finance and business. In a study of thousands of U.S. companies over 11 years, those with female CFOs were much less likely to file financial reports containing misstatements.