“A listing at the stock exchange is still the best way to raise capital,” says Humphrey Borkum. It’s something you would expect the chairman of JSE Limited, the largest stock exchange in Africa, to say, but not a lot of CFOs have felt like taking their business public lately. “When companies get bigger though, these considerations become inevitable,” says Borkum. “I believe there will be a number of new big JSE listings in the future.”

The 68-year Borkum recently retired as executive chairperson at the financial management and advisory firm Merrill Lynch SA, but is still heading the board of the Johannesburg Stock Exchange, which he has been involved with for decades. Recently, he has seen the worldwide economic crisis dampen the spirits of stock markets the world over. “If you have a good product and status you can still get money, but there hasn’t been an appetite lately. Very few people are looking to raise capital at the moment.”

At the same time, Borkum doesn’t expect an exodus of South African companies eager to buy back shares from their shareholders. “There is a bit of a wait-and-see attitude at the moment, but I think that companies that considered delisting have done so in the last few years. The rest are waiting to see where the big economies are going.” Although some economists are predicting improvement in the medium term, Borkum rather errs on the side of caution. “There are signs that the economy of the United States is improving, but the European situation still looks difficult. I think this needs to become clearer before we will see any new big listings.”

Although much of South Africa’s slowdown is due to the fact that the economy is affected by what happens internationally, domestic factors do play a role too, says Borkum. The labour unrest in the mining sector has been particularly harmful for the image of South Africa as an investment destination. “To be honest, I would not be happy to be raising capital for the mining industry at the moment,” admits Borkum. At the same time, analysts cannot be overly surprised, the JSE-chariman says. “Over the last ten years people have become more aware of our labour problems. It is probably the result of labour unions not having had a proper voice during the apartheid years and getting too much of a voice in recent years.” 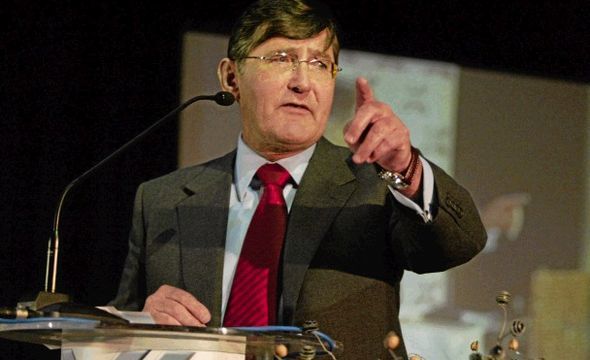 Asked whether violence and strikes will mar the mines – and therefore the South African economy – Borkum responds with a hint of optimism. “I think the government is well aware that if they don’t come to some sort of happy arrangement between all the stakeholders, it will have a serious effect on the country,” he says. “The deputy president has been tasked with sorting out the mining sector. Apart from sending the president himself, that is all that the ANC can do.”

According to Borkum other African countries “seem to have less of a labour problem than we do”. In the most recent African Economic Outlook from the African Development Bank and other institutions, South Africa ranked 48 out of 52 African countries when looking at the predicted growth for 2013 and 2014. “Of course we are starting from a slightly different position,” says Borkum. “It is easier to go from 1 to 5 than from 100 to 150. We are certainly growing slower than most African countries, but we are still the point of entry to the continent. We have the infrastructure and the financial services.”

That many Johannesburg-based foreign CFOs indicate that they are merely in South Africa to have a base to do business in the rest of the continent doesn’t worry Borkum. “Once they become aware of what South Africa has to offer, they either invest here or they don’t. You can’t force people to invest in a country. But we benefit from being a gateway and you cannot take away the fact that we have many valuable natural resources.” 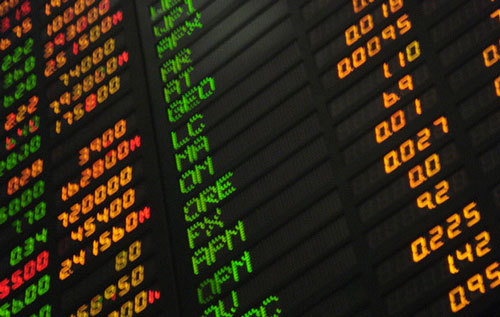 For more than a century South Africa's economy has been built on the country's vast resources - nearly 90% of the earth's platinum reserves; 80% of the manganese, 73% of the chrome; 45% of the vanadium and 41% of the gold. South Africa is the world’s fourth largest producer of diamonds and has huge deposits of coal, much of which is exported.

“People also tend to forget the huge strides that have been made in the last twenty years. The economy has performed remarkably and millions of houses have been built. Since the start of our democracy we have done extraordinarily well. South Africans are notorious for finding everything fantastic when things are going well and being very unhappy when things are going badly. It’s been going slow in the last three years, but people forget too easily how good it has been in the last twenty.”

In these two decades Borkum has seen the influence of top finance professionals increase at firms that are JSE-listed. “The position of CFO has gained more and more responsibility. That has been a development that certainly has been going on over the last twenty years. There is a bigger emphasis on corporate governance in the CFO portfolio and more detailed breakdowns of business performance are expected these days.”

“South African CFOs have responded quite well to these changes,” says Borkum. “Chartered Accountants and the auditing profession in this country are recognized internationally for their very high standards and most finance professionals are CAs. The best South African CFOs always move on to greater things like a CEO role, which doesn’t mean CFO isn’t a great position in itself.”